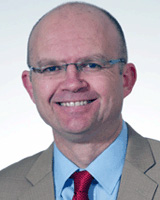 Andrew graduated as a pharmacist in 1990 from the University of Sydney Australia. He has had extensive experience in hospital and community pharmacy in the Australian setting both clinically and in a managing capacity, with an emphasis on the training of pharmacy assistants in community practice. In the early 1990s Andrew spent two years in the Solomon Islands in the Pacific where he developed specific local training for pharmacy assistants with a focus on medicines supply management. In 2008 Andrew joined the University of Canberra where he worked as an Assistant Professor in Pharmacy completing a PhD in the development of culturally appropriate competency based training for pharmacy assistants in Pacific Island Countries. Andrew worked as a consultant for the World health Organisation (WHO) and the United Nations Population Fund (UNFPA) Andrew was the Executive Manager of the People that Deliver Initiative based within UNICEF supply division Copenhagen, Denmark 2014-2015. He now is an independent Health Systems Consultant. https://au.linkedin.com/in/anbrownhss