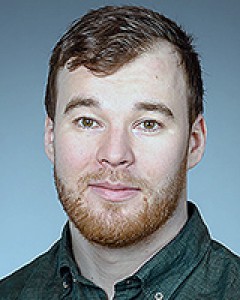 Introduction: Having a stoma after bowel surgery is associated with inferior quality of life (QoL). The County of Västerbotten in Sweden is sparsely populated and its inhabitants are spread over a large area. Competence regarding stoma-related problems is restricted to hospital-based stoma nurses and surgeons. Patients living in rural areas instead largely rely on their GP. The purpose of the study was to investigate the impact of distance to nearest hospital on the QoL of rectal cancer patients who receive a stoma at index surgery.
Methods: A cross-sectional study performed in Västerbotten County, Sweden. Validated questionnaires assessing QoL (EORTC QLQ C-30 and CR-29) were sent to all rectal cancer patients diagnosed 2007-2014 who received a stoma at index surgery. Socioeconomic variables were retrieved from Statistics Sweden. Distance from home to the nearest hospital was determined using Google Maps™. The effect of distance was assessed using two separate models, the first based on distance to the nearest hospital, and the second based on access to a stoma care nurse. Within the first model all patients living in rural areas constituted the study group while all patients living in non-rural areas constituted the control group. Within the second model all patients with no access to stoma care nurse constituted the study group while those with such access constituted the control group.
Results: The response rate was 69 %. In the first model, the rectal cancer patients living further away from the nearest hospital reported significantly more pain and sore skin (p=0.032 resp. 0.003). When considering patients who still had a stoma, those living further away also reported more stoma care problems (p=0.004) and a poorer global QoL (p=0.038). In the second model, access or not to a stoma care nurse had no impact on stoma care problems or QoL.
Conclusions: Rectal cancer patients receiving a stoma at index surgery and who came from rural areas reported more pain than those living closer to the nearest hospital. The group of rural patients who still had a stoma also reported more stoma care problems and a poorer quality of life. To help these patients, GP´s are encouraged to arrange an extra follow-up visit focusing on the individual patient´s problems.