Help-seeking intention for depression and suicidal ideation during pregnancy and postpartum in rural Sri Lanka, a cross-sectional study 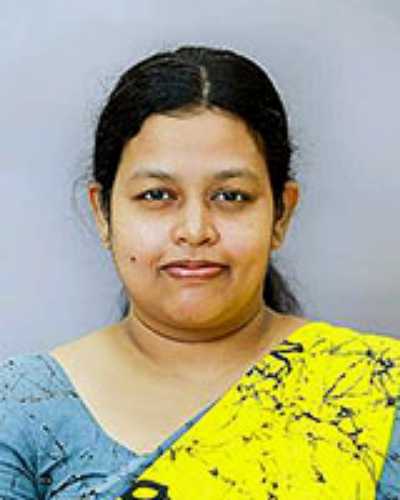 Introduction: Suicides are a leading cause of maternal deaths. Depression, the commonest mental illness during pregnancy, amides its numerous morbidities can precipitate suicides as well. So, early detection and treatment of maternal depression and suicidal thoughts are important for reducing maternal morbidity and mortality. Pregnant women's help seeking patterns play a crucial role in this. Limited availability and accessibility of potential sources, poor knowledge, and  perceptions on the condition and the help seeking process itself would act as barriers for help seeking especially in resource-constrained settings. This study explores the help seeking intention, preferred sources, and factors influencing help seeking for depression and suicidal thoughts among pregnant women in rural Sri Lanka.
Methods: A cross-sectional study was conducted among pregnant women attending antenatal clinics in Anuradhapura, Sri Lanka. A multistage cluster sampling technique with probability proportionate to size was used. A self-completed vignette-based questionnaire was developed, validated and pretested for the study. The vignette described the experience of a postpartum mother with symptoms of peripartum depression without suicidal ideation (part A) and the same mother developing suicidal ideation (part B).
Results: Out of 624 participants, 202(33.8%, 95%CI 30.0%-37.7%) and 206(36.7%, 95%CI 32.7%-40.8%) reported they would seek help soon if they experienced symptoms of depression and suicidal ideations, respectively, while 181(30.3%, 95%CI 26.6%-34.1%) and 161(28.6%, 95%CI 24.9%-32.6%) will do so if symptoms or suicidal thoughts do not resolve with time.
Women were most likely to seek help from their husbands for symptoms of depression (N=445,72.6%) and suicidal thoughts (N=406,71.1%). Public health midwife (N=346,57.9%) was preferred over other formal or semiformal sources. If they were to seek help, 467(49.2%) would contact a doctor or midwife specifically. The majority did not perceive that the described emotions could be symptoms of an illness (N=300,50.1%) or that having suicidal ideation can be a threat to the life of the affected person (N=308, 52.1%) or that there was a probability for them to develop a mental illness during current pregnancy(N=379, 65%). The majority perceived that positive responses were likely to be received, and negative responses were less likely to be received if they were to seek help from their husband, another family member and midwife.
Conclusion: Using a vignette approach allowed us to explore how the 'at risk population' would construct meaning to symptoms of depression and suicidal ideation during pregnancy and the postpartum period, and what their actions would likely be if they were in a similar situation. Help-seeking intention for symptoms of depression and suicidal ideation and its needs to be improved. It was observed that symptoms of depression and suicidal thoughts were regarded normal  by the pregnant women in this rural community, and they also perceived a low threat of getting a similar condition. This is a crucial point to intervene at for improving help seeking. Informal and semiformal sources of help preferred by these women, especially the husbands and public health midwives, should be empowered to respond effectively and facilitate further help seeking from mental health professionals.