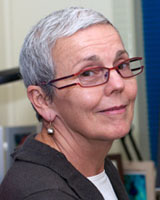 Lesley Barclay (AO PhD) is the foundation Professor of Health Services Development at Charles Darwin University and co directs a new Graduate School of Health Practice. As the Chief Investigator she guided medical and midwifery colleagues in one of the first National Health and Medical Research Council Centres of Clinical Excellence in Research focusing on improvements to maternity services. She is currently leading research into maternity services in China funded by ARC in partnership Chinese colleagues, and on Indigenous birth and systems to support this in Australia. Lesley has led over 30 research projects and been successful with 8 NHMRC and ARC grants in the last decade, supervising more than 30 major research theses to successful completion. Five of her graduates are now in professorial positions. In recent years she has published 3 books, 25 refereed journal articles and 15 major reports for government. Lesley has worked in International development for nearly 20 years, as a technical adviser to governments, AusAID, World Bank and WHO, in provision of primary health car, maternal infant/child health and capacity building in health worker education systems. This work has occurred in Asia, Melanesia and the Pacific Islands. Lesley has also served on a variety of national committees such as the NHMRC Council for two terms and was an inaugural ministerial appointee to the Australian Council for Safety and Quality. She was awarded an AO in 2004 in recognition of her contribution to professional and international developments and child health.

Can the fetal fibronectin test be used by remote dwelling pregnant women to predict the onset of labour at term and delay transfer for birth in regional settings?

What are the effects of distance management on the retention of remote area nurses in Australia?

Do dose administration aids support medication adherence for Aboriginal and Torres Strait Islander peoples? An exploration of patients’ perspectives, experiences and use on the North Coast of New South Wales

Rural health service planning: the need for a comprehensive approach to costing

Can a white nurse get it? 'Reflexive practice' and the non-Indigenous clinician/researcher working with Aboriginal people

Maternity care in the bush: using the Internet to provide educational resources to isolated practitioners