Management of minor medical problems and trauma: the role of general practice 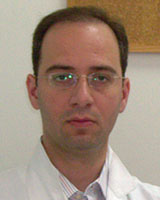 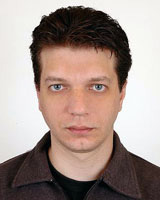 It has been established that patients prefer receiving health information from primary care physicians. In Greece, recent reforms supporting urban primary healthcare have not been enacted, and long waiting times in Athens' emergency departments are common. Aim: To evaluate cases treated in the emergency department of a Greek general hospital and explore the potential role of primary care in managing these cases.
Methods: A total of 53 926 patients visited the emergency department studied during on-call days from February 2005 to February 2006. The cases were classified into 6 groups according to their main complaint: (1) internal medicine; (2) surgical; (3) orthopedic; (4) otorhinolaryngology (ENT); (5) eye disorders (ophthalmology); and (6) gynecology-obstetric.
Results: Of the 53 926 patients studied, 9167 (17%) came from a rural area. The internal medicine department was most commonly attended (15 373; 28.5%), followed by orthopedics (16.9%). In the surgical, ENT, ophthalmology and gynecology groups, almost one in three patients could have been managed by a GP, as could 40% of orthopedic cases. Orthopedic and ENT patients had the highest rate of X-rays performed.
Conclusion: Many emergency patients visiting hospitals can be managed at the primary care level. The development of a 'practice-based curriculum' for GPs would be an excellent method to obtain higher professional standards.

Doctor-patient interaction in primary care is fundamental to a functioning health system1,2. In Europe, primary health care has been articulated for well over a decade, yet it has not become part of the routine practice of family medicine; however, recent surveys indicate that patients prefer receiving health information from primary care physicians3. In the UK, the GPs' contract defines the nature of the relationship between family doctors and the government4. Patients' main demands refer to shorter waiting times5,6 and personal continuity in care provider7,8. In Greece, the Health Care Act was reformed some years ago to support primary health care in urban areas, but the reform has not been enacted. In Athens hospitals a long emergency department (ED) waiting time is common; therefore, providing 24 hour urban primary care centers would be a milestone in the radical reform of the health system. This study evaluated cases treated in hospital and explored the role that primary care could have had in the initial treatment of those cases.

Medical records for patients attending the Laikon University Hospital ED, Athens, between February 2005 and February 2006 during on-call days (24 hours every 4 days) were evaluated. The total number of patients who visited the ED was classified into 6 groups, according to their main complaint: (i) internal medicine; (ii) surgical; (iii) orthopedic; (iv) otorhinolaryngology (ENT); (v) eye clinic (ophthalmology); and (vi) gynecology-obstetrics. Each case was reviewed with respect to the necessity for hospital rather than GP attendance.

During the on-call days, 53 926 patients visited the ED; their mean age was 65.6 years. Of the total number, 9167 patients (17%) came from a rural area and visited the hospital with or without a referral. Due to the shortage of GPs in Greece (there are approximately 1000 GPs instead of the 27 000 required) the referring doctors were mainly physicians working in the private sector.

The surgical outpatient department was visited by 10 543 patients (19.5%). Of these, 6431 were male (61%) and 316 patients (3%) lived in a rural area. Among these patients 2425 (23%) suffered from injuries not necessitating hospital care and could have been treated by a GP. The most common injuries were lacerations (2425 patients, 89%), followed by animal bites (7.7%) and skin abrasions (3.3%). In total, 86% of the injuries were treated with sutures, and 14% with cleaning the wound and bandaging. Only 190 patients (1.8%) presenting to the emergency surgery outpatient department required hospital admission.

Twenty-four years after the establishment of the Greek National Health System, very few of the planned 210 health centers are operating in urban areas9, and public hospital functioning remains problematic. Long waiting times and associated limitations to accessing specialized care, particularly in hospital outpatient departments, is one of the most frequent problems10.

Health centers in rural settings do not have appropriate equipment and this results in public dissatisfaction. In the present study, approximately 20% of patients seeking treatment at an urban ED came from a rural area. Current studies indicate that increased availability of primary health care is associated with higher patient satisfaction and reduced health spending11,12. Although some surveys13 indicate a preference among patients for hospital attendance, the main reason for this is a combination of ignorance and GP inaccessibility. Patients approaching hospitals for acute problems do so only because they believe hospital attendance is essential to accessing the personnel and equipment needed for their care (eg for suturing lacerations). A more functional primary care system could change such public perceptions.

Retrospective studies indicate that one- to two-thirds of patients attending accident and emergency departments suffer from diseases that could be managed by a GP14-17. The identification of patients with non-emergency problems (eg lacerations, minor injuries, infectious diseases, fractures, fever, or nausea,vomiting and diarrhea) and diverting them to well equipped primary care centres would assist the health system to function more efficiently. In the present study, 3% of surgical patients (n = 316) and 6% of internal medicine patients (n = 922) came from a rural area and most of these could also have been treated at a health center. In addition, for the significant number of patients visiting the ED suffering from inflammatory/infectious diseases, the continuity of care required to ensure treatment compliance would best be provided by a GP18. By bringing together public health and primary care in Greece, overall service quality would be improved.

Most healthcare systems are re-organized to compensate decreasing financial resources. In European countries a gate-keeping role has been implemented for GPs to increase efficacy and reduce costs14. The present study also suggests that GPs, especially those in rural areas, should be trained to manage procedures such as removal of foreign bodies from the eye, urinalysis, pregnancy tests and Pap smears.

This study indicates a 'practice-based curriculum' should be developed to improve GP professional standards, and the role of the GP within the health system should be re-appraised. A properly organized health center with well-trained GPs would assist a change in public perceptions about the preferred site of care. Such promotion of primary care would provide an opportunity for the development needed to overcome the current disadvantages in the existing Greek health system.

1. Dunlop AL, Jack B, Frey K. National recommendations for preconception care: the essential role of the family physician. Journal of the American Board of Family Medicine 2007; 20: 81-84.

3. O'Donnell M, Viktrup L, Hunskaar S. The role of general practitioners in the initial management of women with urinary incontinence in France, Germany, Spain and the UK. European Journal of General Practice 2007; 13: 20-26.

13. Myers P. Management of minor medical problems and trauma: general practice or hospital? Journal of the Royal Society of Medicine 1982; 75: 879-883.

14. Bedford HE, Jenkins SM, Shore C, Kenny PA. Use of an east end children's accident and emergency department for infants: a failure of primary health care? Quality in Health Care 1992; 1: 29-33.

18. Barr DA. The effects of organizational structure on primary care outcomes under managed care. Annals of Intern Medicine 1995; 122: 353-359.
This PDF has been produced for your convenience. Always refer to the live site https://www.rrh.org.au/journal/article/1019 for the Version of Record.