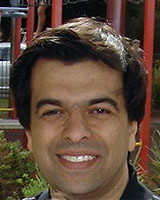 The views of health managers and physicians working in non-metropolitan areas of Western Australia (WA) were sought about which telehealth services are most needed.
Method: Chief executives and nurse managers of rural hospitals were sent a simple, open-ended questionnaire and asked to consider the current health situation and problems in their area, and to list the four most-needed telehealth services. In addition, they were asked to hand the questionnaire to one of the GPs or medical officers working with them. A total of 78 questionnaires were sent.
Results: The response rate for managers and doctors was 51% and 43%, respectively. The first priority of the managers was wound care (28%). The first priority of the doctors was psychiatry (35%). The collective priorities of the two groups were similar, with managers listing wound care, emergency, psychiatry and ophthalmology; and doctors listing psychiatry, wound care, emergency and ophthalmology.
Conclusion: Prioritizing potential telemedicine applications is a subject largely absent from the literature. When planning future telehealth applications, the opinion of local health staff who understand the requirements of patients in their region will assist in identifying real needs and lead to the provision of better health services for rural patients.

Western Australia (WA) is Australia's largest state and covers 2.5 million km2. Western Australia is 10 times the size of the United Kingdom and 6.5 times the size of Japan1. Most of the 2 million population live in the south-western part of the state, in or close to capital city Perth. However, WA has a very scattered population, and only a handful of townships have more than a few thousand residents2. The provision of health services in such an environment has always been a major challenge for state administrators3.

Telemedicine can be of great value in the provision of health care to remote and rural populations, facilitating the delivery of a wide range of medical specialties, such as radiology, dermatology and neurology. While telemedicine has been used for some years in WA, the present levels and types of usage could be improved. There are practical constraints to the speed with which additional telemedicine services can be introduced, therefore prioritisation of services is needed. Factors to consider include the expected cost of a service, its likely benefits and the present burden of disease.

The opinions of those working in the health system (eg the senior staff of rural and regional hospitals) who are familiar with their area's needs would be most useful in such service planning. In particular, WA GPs have extensive experience in the use of telehealth.

A simple, open-ended questionnaire was sent to chief executives and nurse managers of rural hospitals, asking them to consider the current health situation and problems in their area, and to list the four most-needed telehealth systems. The accompanying letter asked the chief executive officer to hand the questionnaire to a GP or medical officer working with them in the hospital. The majority of doctors in rural hospital services are either GP or medical officer and it was assumed at least one would be working in each rural hospital. The questionnaire contained a list of 26 different telehealth specialties (Tables 1,2) and was accompanied by an explanatory letter, an information sheet and one example to assist completion of the questionnaire.

The WA Department of Health's website4 was used to prepare a list of rural (non-metropolitan) hospital services, and the final list consisted of 78 public and private hospital services. Following approval from the Human Ethics Committee of the University of WA the letter, information sheet and questionnaire were posted to the first named person at each facility (chief executive, general manager, administrator, medical director or 'matron'), requesting their participation in the study. After 1 month a reminder letter was faxed to those who had not responded. After one further month, a telephone call was made to all chief executives who had not answered the questionnaire. As there was only a single open-ended question, testing the reliability and validity of the questionnaire was unnecessary.

Any respondent could propose up to four priorities for telehealth. These were selected from the 26 examples listed in the questionnaire, or an unlisted telehealth application could be suggested. To calculate the collective priorities of the managers and the doctors, a simple scoring method was used. A value of 4 was assigned to the top priority of each respondent; 3 was assigned to the second priority, 2 to the third priority and 1 to the fourth choice. The scores were added to calculate the total for each telehealth application.

Of the 78 questionnaires sent, 40 were returned from managers (51%) and 34 from physicians (44%). Missing data included the absence of doctor suggestions in some questionnaires, and in others only two or three priorities were chosen.

There has been little published research on the telehealth priorities of rural and remote doctors and hospital administrators. One study investigated clinicians' priorities for a large-scale implementation of telehealth in Norway and concluded that tele-radiology was the first priority5.

In the present survey, although the four top telehealth priority areas selected were similar for both doctors and managers, the managers selected wound care as first priority, perhaps because it represents a common inpatient hospital problem. A state-wide audit undertaken in 2007 and 2008 revealed that almost 50% of patients in WA public hospitals had one or more wounds at some point during their hospital admission (the audit involved 468 clinical staff examining the skin of more than 6000 inpatients in 85 hospitals)6. In contrast, the doctors selected psychiatry as first priority. Mental disorders comprise the third main burden of disease in WA7 and the second leading cause of disease in remote areas of Australia8.

Tele-wound care may have also been a popular choice of the managers because video-conferenced plastic surgery clinics have been conducted successfully by Royal Perth Hospital (RPH) for some years. These clinics are for follow-up care of former RPH inpatients who suffered trauma to the hands or burns, and offer assistance with wound care and rehabilitation, including support from allied health professionals. Distant nursing staff value the opportunity to discuss patient care and obtain expert advice on complex wounds. Telehealth burns clinics also operate at Perth's Princess Margaret Hospital and RPH, providing valuable wound care and scar management for former inpatients, and their families and rural clinicians.

According to the WA burden of disease report7, cancer and heart disease are WA's first and second causes of morbidity and mortality, respectively. Investment in tele-oncology systems would therefore assist rural cancer patients who require specialist follow up. Likewise, tele-cardiology would reduce the need for patients with heart disease to travel to main hospitals9. Nevertheless, few surveyed doctors or managers chose telehealth services for oncology or cardiology as a priority, perhaps due to the low level of telehealth experience with such services in WA.

That tele-ophthalmology was one of the most frequently selected applications of both groups is understandable in the context of the prevalence of self-reported of loss of sight. Based on the results of the 2001 National Health Survey, 9.7 million Australians (51%) reported at least one sight problem10.

The present study produced some unexpected results. In WA most neurologists are based in Perth so access to neurology services from rural areas is limited. However, none of the respondents chose neurology as a priority. This may have been due to a lack of knowledge and experience of tele-neurology (although there is evidence that a neurological examination can be conducted via telehealth11), or it may simply reflect that the present regular outreach visits by neurologists are adequate.

It is unlikely that WA telehealth services will develop in a uniform fashion, with regional variations expected according to priorities, and existing facilities and services. Careful assessment of telehealth areas of need in any health system should be made according to relevant criteria. The preferences of staff, particularly doctors, health managers and telehealth coordinators, are particularly important. The results of the present study provide some guidance for planners.

Prioritizing potential telemedicine applications is a subject largely absent from the literature. When planning future telehealth applications, the opinion of local health staff who understand the requirements of patients in their region will assist in identifying real needs and lead to the provision of better health services for rural patients.

The authors are grateful to all the health administrators, managers, nurses and physicians who participated in this survey. They also thank Ms Karen Monticelli of the Lion Eye Institute for her technical support. Author K Bahaadini is grateful to the Kerman University of Medical Science for his PhD scholarship.

11. Hersh WR, Hickam DH, Severance SM, Dana TL, Pyle Krages K, Helfand M. Diagnosis, access and outcomes: update of a systematic review of telemedicine services. Journal of Telemedicine and Telecare 2006; 12(Suppl2): 3-31.
This PDF has been produced for your convenience. Always refer to the live site https://www.rrh.org.au/journal/article/1164 for the Version of Record.