Fever of unknown origin in an infant with an unexpected blood film report: a case report 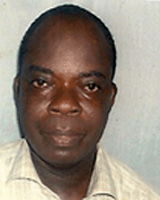 © Paul Dienye, Precious K Gbeneol 2010 A licence to publish this material has been given to ARHEN, arhen.org.au

Introduction: Fever of unknown origin (FUO) can be defined as a rectal temperature higher than 38.3°C on several occasions over more than 3 weeks, the diagnosis of which remains uncertain after initial investigations. Identification of the causes and management of FUO in children is an important role of rural primary care physicians, and is guided by thorough history-taking and repeated physical examinations combined with standard laboratory tests and simple imaging procedures. This can be difficult in rural practice due to poor availability and reliability of laboratory and imaging procedures, and the cost and misuse of antibiotics. Dependence on clinical and laboratory examinations may fail in diseases presenting in non-endemic areas. Trypanosomiasis is a known cause of fever; however, it is an unusual cause of FUO considering the place of residence of this patient.
Case report: This report describes a case of trypanosomiasis presenting as FUO. The patient was a one-year-old Nigerian female who had been managed for malaria and bronchopneumonia for 2 weeks in a private clinic and was finally referred for further management to Eku Baptist Hospital, a rural mission hospital in the Niger Delta of Nigeria. Results of her laboratory tests showed nothing of significance apart from anaemia and trypanosomes discovered unexpectedly in the blood film. This was confirmed after a cervical lymph node biopsy and microscopic examination of the glandular fluid. Treatment with eflornithine was effective.
Conclusion: The diagnosis of trypanosomiasis in this patient highlights that when a patient is not obviously exposed to the causative factors of a disease, possible occurrences may present a diagnostic problem.

Fever of unknown origin (FUO) can be defined as a rectal temperature higher than 38.3°C on several occasions over more than 3 weeks, the diagnosis of which remains uncertain after initial investigations1-5. Because ambulatory care is becoming more common, and modern imaging studies are effective in locating sites of infection or tumors, an elevated temperature for 3 days as an inpatient or 3 times as an outpatient has also been suggested1,3.

The causes of FUO include infections, neoplasms, non-infectious inflammatory diseases2. Akpede et al found that approximately 34% of cases are caused by infections, with urinary tract infection and bacterial meningitis accounting for 11.4% and 6.5%, respectively4. Malaria and typhoid fever are major aetiological considerations in both acute and prolonged FUO in children in developing countries4.

The identification of the causes and management of FUO in children is an important part of the role of primary care physicians in rural practice. Because there is no diagnostic gold standard the diagnostic approach in FUO should include thorough history-taking and repeated physical examinations, combined with standard laboratory tests and simple imaging procedures3,6. This can be difficult in rural practice due to poor availability and reliability of laboratory and imaging procedures, and the cost and misuse of antibiotics4.

This report concerns a case of trypanosomiasis diagnosed unexpectedly in an infant presenting with FUO. Written consent was obtained from the child's parents for the publication of this case.

A one-year-old infant with 22 days' history of fever and poor appetite presented at the Eku Baptist Hospital, a rural mission hospital in the Niger Delta, Nigeria. She was referred from a private clinic in a nearby community where she had been admitted for 2 weeks and investigated and treated for malaria and bronchopneumonia. Her delivery and her mother's antenatal care had occurred at this private clinic. Her perinatal period had been uneventful, she had completed all age-appropriate immunizations and her developmental history was normal. She was the last child in a family of three children. Her parents were teachers in a primary school in Ororokpe, a town approximately 30 km from Eku Town, and she was cared for at home by a nanny. The family's water source was a well within their compound.

On examination, she was ill-looking, pale, anicteric, mildly dehydrated, febrile (39°C) and weighed 10 kg. There were some septic spots on the scalp and few small and palpable non-tender cervical lymph nodes in the posterior triangle. She was alert and there was no evidence of neurological abnormality. She had an enlarged spleen sized 10 cm below the left costal margin.

The child was admitted to the ward after an initial diagnosis of FUO. Investigations that included microscopy, culture and sensitivity of urine, cerebrospinal fluid, blood, and swabs of suspect scalp lesions were not significant. The results of HIV screening and chest X-ray were not significant. Her packed cell volume (PCV) was 24%, haemoglobin (Hb) 8 g%, while blood cells 8600/mL (neutrophils 55%, lymphocytes 40%, eosinophils 5%) and ESR 12 mm/h. Abdominal ultrasound was not available. Thick and thin blood films for malaria parasites were negative but unexpectedly revealed extracellular flagellate parasites suspected to be trypanosomes. This was confirmed by cervical lymph node biopsy (using 1% xylocaine local anaesthesia) and microscopic examination of glandular fluid, and a diagnosis of trypanosomiasis was made.

In preparation for treatment renal and liver function tests were found to be normal. She was commenced on intravenous eflornithine (DL difluormethylornithine) 15 g in normal saline 6 hourly, ferrous ammonium citrate mixture 5 mL 8 hourly, and folic acid 5 mg daily all for 14 days; and paracetamol syrup 5 mL 3 times daily for 5 days.

Based on her increasing respiratory rate (45/min), heart rate (130/min) and pallor with PCV 18% (Hb 6 g%), she was transfused with 150 mL of screened packed cells after 7 days of admission. Her respiratory rate reduced to 34/min and heart rate to 110/min on the eighth day. The post-transfusion PCV after 48 hours was 30% (Hb 10 g%). Her temperature continued to swing between 36.5° and 39°C after the onset of therapy but stabilized after 9 days.

After 14 days of therapy examination of a blood film and cervical lymph node showed no trypanosomes. Her PCV was 32% (Hb 10.7 g%). She was discharged 17 days after admission on folic acid 5 mg daily, ferrous ammonium citrate 5 mL and multivitamin syrup 5 mL three times daily all for 2 weeks, with an appointment for monthly review.

The patient was visited at home, a 2 bedroom apartment in a compound at the town's centre with no dense vegetation nearby or stream that could be the habitat of the Glossina palpalis (tse tse fly). The source of infection was therefore a subject for epidemiological studies. Her parents were educated about the cause of the illness. The monthly reviews showed stable temperature, normal PCV and a blood film free of trypanosomes and she was discharged from the clinic after 6 months.

Trypanosomiasis is a blood-borne parasitic disease caused by infection by Trypanosoma brucei gambiense or Trypanosoma brucei rhodensiens7. The former is found in West and Central Africa and is transmitted by the vector Glossina palpalis which inhabits dense vegetation, especially that close to streams and pools7,8.

The disease is a threat to millions of people in the 36 countries of sub-Saharan Africa. Nigeria reports fewer than 50 new cases per year9 mainly from the northern part of the country.

Humans are infected when bitten by a tsetse fly (Glossina genus) that has acquired the infection from humans or animals harbouring the human pathogenic parasites7,8. Trypanosomes are injected into the blood and other extracellular spaces where they multiply and evade immune destruction for long periods by undergoing antigenic variation. If untreated the disease is always fatal.

Infected patients present with intermittent fever, splenomegaly and lymphadenopathy, which when confined to the posterior triangle of the neck is called Winterbottom's sign. Other variable findings include malaise, headache, arthralgia, oedema and anaemia10. Our patient presented with fever, anaemia, cervical lymphadenopathy and splenomegaly which are non-specific signs from many diseases but may be found in the first, or haemolymphatic, stage of trypanosomiasis. Central nervous system signs such as somnolence alternating with restlessness are late findings10.

Perinatally acquired HIV was worth considering in this patient but a positive antibody-based test cannot reliably confirm HIV infection until an infant is 18 months old because of the passive transfer of maternal anti-HIV antibodies11. Although polymerase chain reaction testing for the presence of HIV DNA, and HIV antibody testing by ELISA can confirm early stage infection, these were not available in this rural mission hospital.

In situations like this, clinical suspicion must be confirmed by laboratory tests guided by findings emerging from the history and physical examination2,12. Although some findings associated with trypanosomiasis were present in this patient, this was not considered because the child was not living near a possible habitat for vector G. palpalis. Diagnosis was therefore delayed until the unexpected discovery of trypanosomes in the blood film, facilitated by an experienced laboratory scientist.

Other diagnostic tests could have included a tuberculin test, febrile agglutination test to rule out typhoid fever, and bone marrow aspiration to investigate anaemia and malignancy. These were postponed for economic reasons when trypanosomes were found in the blood film. Confirmatory lymph node biopsy was performed when the generally preferred lymph node aspiration yielded a negative result (probably due to a lack of technical expertise).

A possible source of infection was via vector migration with cattle from the dense vegetation belts outside the town. Atypical habitats where appropriate hosts are available have been described in G. swynnertoni in East Africa13. This may also be the case for G. palpalis but is yet to be established.

The drug eflomithine that was used in the treatment of this patient is trypanostatic and rather slow-acting. Therefore it must be given at a dose of 150 mg/kg body weight (100 mg/kg body weight in adults) at intervals of 6 hours for 14 days as small volume infusions. Adverse drug reactions are frequent but generally reversible after the end of treatment14, and include convulsions (7%), gastrointestinal symptoms such as nausea, vomiting and diarrhoea (10-39%), bone marrow toxicity leading to anemia, leucopenia and thrombocytopenia (25-50%) and alopecia (5-10%). Anaemia, one of the non-specific signs of trypanosomiasis, was aggravated by eflornithine in this patient. This necessitated blood transfusion and the administration of haematinics. The kidney accounts for more than 80% of elimination of eflornithine, hence the importance of renal function testing before the onset of therapy.

The identification and management of FUO in children is difficult and frustrating in rural practice due to the non-availability of modern diagnostic equipment and the lack of technical expertise. Infection is an important cause in developing countries. Successful diagnosis requires a detailed history, physical examination and laboratory tests. The diagnosis of trypanosomiasis in this patient highlights that when a patient is not obviously exposed to the causative factors of a disease, possible occurrences may present a diagnostic problem.

7. Steverding D. The history of African trypanosomiasis. Parasite and Vectors 2008; 1: 3.

9. WHO. African trypanosomiasis (sleeping sickness). Definition of the disease. Fact sheet 259. Geneva: WHO, 2006.

This PDF has been produced for your convenience. Always refer to the live site https://www.rrh.org.au/journal/article/1242 for the Version of Record.