Swine flu - an assessment of the Australian response 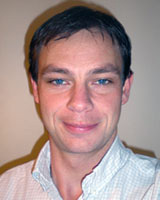 © Alexander Hamilton 2009 A licence to publish this material has been given to ARHEN, arhen.org.au

Swine flu, 2009's influenza pandemic, has been in the spotlight since it began in Mexico early in 2009. The global response to swine flu has been forceful in an attempt to prevent a repeat of previous devastating influenza pandemics. Outside Mexico swine flu has remained for the most part a mild disease, and it may turn out to be no more dangerous than seasonal influenza. However it is crucial that a rapid, effective worldwide response be mounted while the severity of this virus remains unknown.

Over the Australian autumn, swine flu has gained massive media coverage in Australia and the rest of the world. Many people believe the response to swine flu has been excessive, in essence a media storm over a mild illness. Although the majority of cases have been mild, cases of severe and sometimes lethal disease have been recorded internationally.

The response to swine flu has been swift. Internationally WHO has been active in disseminating information and providing advice on the risks of the viral illness. In Australia, the response has been equally aggressive: alert levels raised, infected patients isolated, treatment initiated with antiviral medication. This action has occurred despite the majority of people affected displaying only mild symptoms. However this response is appropriate. The potential remains for a pandemic of severe influenza affecting both cities and rural regions, as occurred on three occasions last century, where pandemics caused the death of many millions of people in many countries. While some actions are of arguable benefit, the aggressive response must be commended.

Swine flu is a global disaster. The Director-General of the World Health Organization announced in June that the world has reached 'pandemic influenza phase 6', a strong signal that a dangerous pandemic is unfolding3,4.

The spread of swine flu

Rural and remote regions are not immune from swine flu. Already cases of swine flu have been reported in rural areas of Australia7. As the number of cases of swine flu rises worldwide, so will the number of cases in rural regions. Thus it is imperative that rural and remote healthcare providers understand the disease and the appropriate public health approach to containing the pandemic8.

The symptoms of swine flu are quite similar to seasonal influenza. Usually a self limiting disease, swine flu commonly presents as a febrile upper respiratory tract infection. Patients complain of a cough, sore throat, headache, rhinorrhoea and mylagias2. Occasionally symptoms differ from seasonal influenza, such as vomiting and diarrhoea, both of which are very rare in seasonal influenza2. In severe cases, patients develop pneumonia and respiratory failure and may require admission to an intensive care unit2,9. The spectrum of disease is broad and the symptoms are non-specific, making clinical diagnosis a challenge.

The global response to swine flu has been swift. The WHO has played a key role in data collection and information dissemination. In April 2009, a public health emergency of international concern was declared2. The pandemic alert was raised in June to phase 62,4. Phase 6 is characterized by human-to-human spread, with community level outbreaks in two WHO regions4. Currently WHO is recommending that countries intensify surveillance for unusual outbreaks of influenza-like disease and that production of seasonal influenza vaccines continue3. Importantly WHO also recommends that borders should not be closed and that international travel should not be restricted3.

In the USA, a public health emergency has been declared2. Public surveillance activities have increased. Rapid PCR tests have been developed and distributed to all American states, while stockpiles of antiviral medications have been deployed10. Aggressive early steps are being taken to manufacture a vaccine to swine flu, although this is not yet available10. Clinical guidance has been provided, recommending strategies to minimize transmission of swine flu and maximize healthcare worker safety. Recommendations include isolating suspected and confirmed hospitalized cases, ensuring good hand hygiene and ensuring healthcare workers wear appropriate protective equipment11,12.

In Australia the response has been similarly aggressive. The alert level nationally has been raised to 'contain', meaning that the pandemic virus has arrived in Australia and has caused a number of cases and/or clusters13. In the state of Victoria, a 'modified sustain' alert level now exists in which people at highest risk can be targeted, contact tracing can be implemented, and people with confirmed disease can be forced into isolation for three days6.

The Australian government has donated AUD$3 million to WHO to fund research into swine flu. The shelf life of the antiviral medication oseltamivir (Tamiflu) has been increased from 5 to 7 years by prolonging the expiry date of the medication6. Antiviral medications are currently in use, particularly for hospitalized and high-risk patients. In state New South Wales, the recommended protective equipment includes masks, non-sterile gloves, impermeable non-sterile, long-sleeved gowns and protective eyewear14.

Schools in Victoria and Queensland have been closed for variable periods6. Furthermore students returning to Queensland from Victoria have been asked not to return to school for 7 days15.

Has the response been appropriate?

Swine flu has been shown to be lethal, having caused over 100 deaths so far5. Although swine flu has occurred in all age groups, young people in particular have been severely affected2,16. The development of severe disease in young people has been called a 'signature pandemic feature', while others have stated 'a shift in the age distribution of mortality distinguishes pandemic from epidemic'17,18.

Swine flu has been shown to be highly contagious, seemingly more contagious than seasonal influenza16. Early evidence suggests that swine flu is transmitted primarily by droplet spread (eg via respiratory secretions when an infected person coughs)2. Frequent hand washing has been described as the 'key' to reducing transmission21, and the response in place to limit droplet transmission through the isolation of cases, the use of personal protective equipment, and encouraging hand hygiene is appropriate.

Just as swine flu appears to be easily transmitted, previous influenza pandemics have been much more contagious than seasonal influenza. The reproductive number (the number of new infections caused by each infection) for seasonal influenza is approximately 1.3. In contrast, recent evidence suggests the 1918 Spanish influenza pandemic had a much higher reproductive number of between 2 and 5, another signature feature of pandemic influenza18,19. Clearly this increases the potential for the disease to spread and cause a pandemic, making aggressive strategies to prevent transmission prudent. Although the reproductive number of swine flu is not yet know, the virus does appear to be very contagious, indicating a potential risk that requires a coordinated response.

Prevention of influenza is best achieved with successful vaccination programs20. Once the disease is established antiviral medications may be of benefit20. Although no vaccine is currently available, swine flu has been shown to be susceptible to the class of antiviral medications known as neuraminidase inhibitors2. This class includes the medication oseltamivir (Tamiflu) and zanamivir (Relenza) currently being used in Australia. The use of antiviral medications is sensible, given their potential benefit and tolerable side-effect profile. The prolongation of oseltamivir's shelf life is a reasonable measure (the manufacturer was able to show that the product remains safe for the increased period). This action is not unprecedented either in Australia or internationally, and occurs on a regular basis6.

Australia's $3 million donation to the World Health Organization will assist developing countries in the Australasian region to improve surveillance, detection and emergency preparedness6. This is a commendable response by the Australian government.

What aspects of the response have been excessive?

Worldwide, almost 22 000 cases of swine flu had been confirmed by 5 June 2009. Yet the overall mortality attributable to swine flu is estimated at only approximately 125 deaths, making the case fatality rate approximately 0.5%5. Furthermore the majority of the deaths (103 of the total 125) have occurred in Mexico. The USA has approximately 11 000 confirmed cases of swine flu, yet only 17 people have died, according to WHO data5. In Australia, despite more than 800 cases, no deaths have been recorded5.

The closure of schools in Australia has been criticised by many who feel this measure is excessive given the current risk posed by swine flu. The Victorian Premier John Brumby described the closing of schools and the placement of children returning from Victoria in quarantine as 'contrary to all the advice of the Australian Health Protection Committee'23. School closures are not recommended by WHO at this stage3. However it has been shown that non-medical interventions such as school closures and social isolation can be beneficial24,25 and it is possible that these measures may reduce the transmission of swine flu. Quantifying this benefit at this stage is not possible. Given that the disease has yet to cause any deaths in Australia, school closures may well turn out to have been unwarranted. Similarly, the practice of quarantining children returning from Melbourne is probably an excessive reaction.

We cannot at this stage be sure that swine flu will not cause a pandemic of severe proportions. This alone necessitates that an aggressive response be mounted. The response in Australia has been appropriate. Efforts to treat patients are most likely to be warranted, as are efforts to reduce the transmission of the disease. While in Australia and the USA the disease has predominantly been mild, in Mexico many deaths have occurred. This variable clinical expression of swine flu is poorly understood, and while this remains the case it is sensible to continue with public health policies aimed at limiting the transmission of a potentially lethal disease.

This PDF has been produced for your convenience. Always refer to the live site https://www.rrh.org.au/journal/article/1251 for the Version of Record.