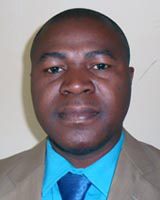 © Anthony Umunna 2010 A licence to publish this material has been given to ARHEN, arhen.org.au

The rural-urban disparity in health and healthcare in Sub-Saharan Africa (SSA) has been documented for some years with no significant change. However, the current attention of world health authorities on strengthening African health systems offers an opportunity for action. In particular the social factors that determine health outcomes in rural and remote Sub-Saharan Africa must be addressed. One way forward is to strengthen community participation.

Most of the SSA population lives in rural and remote towns and villages; in 1995 only 35% of Africans lived in urban areas1. However, in rural areas poorly targeted public spending perpetuates a poor quality of life and fuels migration to urban slums. Urban slums are often the first stopping point for rural-to-urban migrants, with this low-cost housing enabling the accumulation of funds required for absorption into urban society2.

The consequence of this is a rapid expansion of the urban population, even in countries with contracting economies, such as Côte d'Ivoire, Tanzania and Gabon3. Such rapid expansion produces population pressures that alter the social and economic dynamics to the point of creating security threats and environmental, governance and institutional challenges. Struggling health systems are further weakened.

The statistics speak for themselves. Between 1992 and 1994, among 52 African countries, only 49% of the population had access to safe drinking water. In 1995, the total Africa illiterate population 15 years and over was 179 million4, over 50% of whom were female and so crucial to the survival of the family unit, especially in single parent homes. These indicators are worse for rural and remote parts of SSA. Barely 5 years later, little has changed.

In 2007, SSA health-adjusted life expectancy was low for both sexes in most countries (Guinea, 54 years; Niger, 51 years; Kenya, 54 years; Nigeria, 49 years; Zambia, 46 years; and Senegal, 59 years5); however, this does not reveal the reality of the situation for those who live in rural and remote communities. For instance, there is a disproportionate concentration of health and welfare services and facilities in urban and semi-urban communities, despite rural dwellers living in poorer conditions with greater health risks (Table 1).

In addition, SSA rural dwellers lack access to private health services due to geography (long distances to travel and a poor transportation system) and incur health expenditures above individual and household resources6. Personnel shortages in public health services are endemic7.

Are the causes of rural-urban disparities in health and healthcare in SSA similar to those in other parts of the world (eg socioeconomic status, ethnicity and other forms of social exclusion8-10)? Sadly, in SSA the cause is more likely to be the influence of rural and urban inequities.

A review of research into ways of addressing rural and urban healthcare inequities found little information on implementing corrective interventions. However, utilizing the untapped strengths of the community has been suggested as a way to address identified health-service gaps11. While a 'whole of society' approach is called for by some12-14, most African governments take a paternalistic approach to addressing rural health needs, imposing strategies without regard to what the communities need or require. In all but a few countries, such as South Africa, consultation with rural communities is low, and social welfare support is not often prioritized. The recent trend to decentralization in many SSA countries, while attractive in principle, often appears only to have transferred paternalism from national and provisional capitals to district headquarters, with little attention paid to community needs in priority-setting.

It has been shown that when addressing the needs of deprived communities, involving the affected community in decision-making will maximize the outcome11,13. This is particularly important in rural-urban disparities, where solutions are often clouded by value judgments arising from cultural and political considerations. Under such conditions all options are rarely considered, and there is likely to be an absence of the deep thought necessary to yield creative solutions15,16. This may result in the perpetuation of rural disparities - or even worsen them. In SSA, it is vital that descriptive decision-making in consultation with rural communities finds a way to meet their urgent health and welfare needs. We must move beyond documenting disparities to finding solutions!

16. Berg N. Normative behavioral economics. Journal of Socio-Economics 2003; 32: 11-27. Available: http://www.utdallas.edu/~nberg/Berg_ARTICLES/BergNormativeBehavioralEconomics%20in%20J%20of%20SocioEconomics.pdf (Accessed 17 June 2009).
This PDF has been produced for your convenience. Always refer to the live site https://www.rrh.org.au/journal/article/1259 for the Version of Record.