The impact of recession on the health of rural citizens in British Columbia, Canada 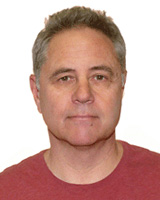 1 Department of Geography, University of Victoria, Victoria, BC, Canada

Ostry A.  The impact of recession on the health of rural citizens in British Columbia, Canada. Rural and Remote Health 2009; 9: 1265. Available: www.rrh.org.au/journal/article/1265

© Aleck Ostry 2009 A licence to publish this material has been given to ARHEN, arhen.org.au

The current recession is international in scope but affects different places with varying severity. According to the World Bank, poor nations are (and will) bear the brunt of the economic, social, and health fallout from the current recession. As well, it is quite likely that rural regions of developed nations such as Canada, will be disproportionately affected by the current recession, relative to urban places. These more severe adverse effects on health will most likely arise through direct pathways. It may be as health services in rural areas are cut back, or indirectly as the often more fragile and less diversified economies in rural regions are harder hit by the economic downturn than urban economies.

By taking an historical perspective on both the timing of the shift in health status between urban and rural places, and the impacts of other major recessions of the past 30 or so years, we may better understand the likely impact of the current recession on the health of rural residents in developed nations. A case study approach may be useful, as in this case which focuses on disparities between urban and rural places in British Columbia (BC), Canada's western-most province.

We know that residents in rural and remote communities in Canada (and in many other developed nations) tend to have worse health status and health behaviours, compared with their urban counterparts. This was not always the case. As the industrial revolution unfolded in the late 19th and early 20th centuries mortality rates were generally much higher in cities, which at the time had little sanitary infrastructure and were massively over-crowded and poor, relative to the countryside. However, as cities built their public health infrastructure and sewage systems, as populations living in cities became relatively more prosperous, as urban economies increasingly became the driver of national economies, in most nations the health of city dwellers improved relative to country dwellers1.

In the USA this transition from unhealthy city to unhealthy countryside appears to have been largely complete by the 1970s. Schneider and Greenb2 have shown, for example, that in the period 1939-1941 all cause mortality for white males aged between 35 and 65 years and living in rural states was 40% less than for white males of the same age living in largely urban states. By 1959-1961 this mortality gap had narrowed considerably and by 1979-1981 it was completely reversed as white males in rural states had all cause mortality rates 32% greater than for males in largely urban states. The same general trends were noted for white females.

Since the 1980s in both Canada and the USA, across most rural regions, mortality and morbidity rates (for most but not all illnesses), self-reported health status and adverse health behaviours such as smoking have tended to be much higher than in cities. (There are some important exceptions. For example, in BC rates for most cancers are lower in rural regions of the province). This fairly consistent rural-urban health disparity is most likely the result both of underlying socio-economic inequalities between rural and urban regions in North America, as well as worse access to health services in rural communities.

In terms of the latter, it should be noted that rural residents in Canada may be better off than their counterparts in the USA because basic medical insurance is available free of charge or (in some provinces) with minimal fees. Given that, in the USA, poor and rural citizens tend to be less well covered by health insurance plans than even their poor urban counterparts. If the current recession worsens (at least to the extent that adverse health outcomes are driven by poor or no access to health services), rural Americans may suffer disproportionately, not only relative to rural Canadians, but also in relation to their poor urban US cousins.

British Columbia is an interesting case study of the urban-rural health divide, and it also illustrates how several recessions over the last quarter century have impacted on the health status of residents, especially in rural parts of the province. British Columbia's rural economy, unlike many rural parts of Canada, is not heavily involved in agriculture. Less than 3% of the land base is arable and yet the province is rich in mineral wealth, energy resources, forests, fish, and other natural resources. After the World War II governments tapped these resources by building dams, mills, and infrastructure. The rural population in the province increased through the 1960s and 1970s as jobs in resource extraction industries were plentiful. Towns expanded and healthcare facilities to service growing young families were provided.

However, in 1981 a major recession caused widespread unemployment leading to major restructuring in forestry, mining, and the energy sector. Thousands of jobs were lost in the forestry sector. This began a wave of depopulation in rural BC, which accelerated during the recession of the early 1990s and has, in the current recession, accelerated even more. The loss of income as mills and mines have closed has led to declines in local tax revenues and the ability to fund local infrastructure and, in many cases, the heart of rural communities has been cut out. As well, as the jobs in these towns disappear dynamic and well educated families tend to leave, further eroding the social capital in these communities and increasing their economic and social vulnerability3-6.

It is no accident that the mortality and morbidity gap (for most but not all illnesses) observed in BC and other rural regions in developed nations, relative to urban places, has taken place in the context of the steadily eroding rural economy since the late 1970s. During the past 30 years or so, the economic benefits of globalization have been reaped more by cities as they have increasingly become the engines of economic growth7. As rural economies stagnate (the current recession will most likely exacerbate the relative economic inequalities between rural and urban places even more), their vitality and health is impacted.

At this point in BC the extent of the urban-rural divide in both economic and health terms is stark. For example, considering health disparities, according to the 2005 Canadian Community Health Survey, approximately 20% of residents of northern (mainly rural and remote) regions of BC were obese, and approximately 25% smoked, compared with, respectively, 8 and 12% in BC's main urban centre, Vancouver8. As well, the average age standardized mortality rate between 1997 and 2000 was 6.4 deaths per 1000 in the largely urban south-west corner of the province, compared with 8.4 per 1000 in the Northern Health Authority (largely rural and covering the northern half of the province). In other words, residents of the most rural and remote parts of the province experience all cause mortality rates that are one-third greater than for urban residents of the province9.

This health divide is also found when considering other health measures, for example, life expectancy. Residents in the completely urban Greater Vancouver Regional District currently have life expectancies that are among the highest in the world (approximately 82 years) but residents of the Northern Health Authority have on average, life expectancies which are 4 or 5 years less than this9. The size of these disparities in all cause mortality and in life expectancy are staggering and not much different from the health disparities observed between highly developed and under-developed nations. The almost one-third difference in the mortality experience of residents between these two health authorities is akin to what one might find comparing the current mortality experience of Canada with a much poorer and less developed nation such as Jamaica.

In conclusion, differences in health status and health behaviours among residents of rural compared with urban regions in developed nations have followed a pattern strongly related to the rate of investment and uptake in public health infrastructure, as well as the pace of economic development. While, by and large, people in cities were more unhealthy in the late 19th and early 20th centuries than those in the countryside, as the fruits of economic and public health development were increasingly garnered by urbanites, rural places became less developed and less healthy.

Globablization has increasingly made cities the engine of national economic development, further margninalizing rural regions to more strictly resource extraction roles. The lower levels of economic development associated with primary resource extraction and farming leave less of the economic pie (in the form of jobs, income, and infrastructure) available for rural regions and rural populations. As well, these kinds of industries are more prone to the direct impacts of economic recessions, as they are more directly dependent on commodity prices, which in turn fluctuate with changing market conditions.

The current economic recession, may be different from previous post-World War II recessions. This remains to be seen. However, the impact on rural regions and the health of residents in these regions will be marked, as in previous recessions. It is to be hoped that governments in developed nations will direct efforts at economic recovery to rural regions where the economic and health deficit of its citizens are most pronounced.

3. Ostry A. The relationship between de-industrialization and community and ecological sustainability. Environmental Health 2003; 3(1): 46-57.

7. Sassen S. Globalization and its discontents: essays on the new mobility of people and money. New York: New Press, 1998.