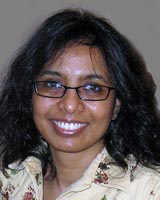 © Malathi Raghavan, Patricia J Martens, Charles Burchill 2014 A licence to publish this material has been given to James Cook University, jcu.edu.au

Introduction: Despite a reported socioeconomic gradient in health, little is known about relationship between socioeconomic status (SES) and frequency of dog-bite injuries. The primary objective of this study was to compare the frequency of dog-bite injuries, using data on dog-bite injury hospitalizations (DBIH), across different SES areas in Manitoba, Canada. The secondary objective of the study was to assess if frequency and pattern of DBIHs are similar to those of non-canine bite injury hospitalizations (NCBIH) and rabies post-exposure prophylaxis (PEP). SES grouping in this study was defined through rurality and area-wide income quintile groups.
Methods: Rural and urban Manitoba neighbourhoods were ranked according to average area-level incomes into five levels (quintiles) with equal numbers of people in each income level. Prevalence was defined as the number of cases of hospitalizations (whether dog-bite injury or non-canine bite injury) or PEP reported in the years 1984-2006, divided by the total population during the same time period and expressed as the number of cases per 100 000 population per SES grouping. The 95% confidence intervals (CI) were calculated using the approach for Poisson distribution.
Results: During 1984-2006, Manitoba's prevalence (CI) of DBIH (3.19 (2.97, 3.41) per 100 000 population) was lower than prevalence of NCBIH (4.08 (3.84, 4.32)) and PEP (7.24 (6.92, 7.57)). Prevalence of DBIH was higher in rural than in urban areas (DBIH: 3.58 (3.24, 3.92) vs 2.87 (2.59, 3.15), p<0.01) and higher in the lowest income quintile areas than in the highest, whether rural (5.18 (4.24, 6.26) vs 3.29 (2.55, 4.17), p<0.0001) or urban (3.65 (2.97, 4.44) vs 2.24 (1.73, 2.87), p<0.01). The patterns of relationship between SES (rurality and income levels) and prevalence of NCBIH and PEP were similar to those between SES and DBIH.
Conclusions: Although only a descriptive study, the results suggest that policies for control of dog-bite injuries should be area-specific. Prevention efforts could perhaps be improved by focussing not only on families, but also on neighbourhood regions.

An inverse relationship between socioeconomic status (SES) and health is known to exist in general1,2. Specifically, certain injuries are known to occur at higher rates in rural areas and in lower SES areas, whether urban or rural3-8. While a handful of studies exist that suggest that dog-bite injuries occur at higher rates in rural areas9,10, very few reports have attempted to explore the relationship between lower SES and higher frequency of dog-bite injuries. Therefore, the present descriptive study was primarily conducted to explore the relationship between lower SES and higher prevalence of dog-bite injury hospitalizations (DBIH) using data from the Canadian province of Manitoba. The secondary objective of the study was to assess if pattern of DBIHs is similar to patterns of non-canine bite injury hospitalizations (NCBIH) and rabies post-exposure prophylaxis (PEP). The authors sought to study the pattern of rabies PEP, because being bitten or injured by a dog (among other terrestrial mammals) continues to be a cause for seeking rabies PEP11-14. The results of the secondary objective of the study will allow for a comparison of the influence of SES on the epidemiology of DBIH with that of NCBIH and PEP. Such a study would uniquely add to the existing body of world literature on dog-bite injuries and would be valuable information for understanding how to prevent severe dog-bite injuries in people, especially children.

Prevalence of DBIH, NCBIH and rabies PEP was determined for the period 1984-2006. Prevalence in this study was defined as the number of hospitalizations (whether dog-bite injury or non-canine bite injury) or PEP reported during the study period divided by the total population during the same period and expressed as the number of hospitalizations or PEP per 100 000 people15. A detailed description of the databases used has been previously published10.

Briefly, hospitalization and PEP data were extracted by patient's resident address for all postal code regions of Manitoba from administrative health databases in the Population Health Research Data Repository housed at the Manitoba Centre for Health Policy at the University of Manitoba16. This repository contains de-identified, person-level medical records for Manitoba's population. The data are de-identified but linkable across records and across time by an encrypted health number.

All-cause hospitalizations (both inpatient and outpatient admissions) from year 1984/85, contained in the Hospital Separation Abstracts database, was searched for bite-injury hospitalizations from 1984/85 to 2006/07. Dog-bite injuries were identified using the International Classification of Diseases 9th and 10th revisions (clinical modification (CM) and with Canadian enhancements (CA)): ICD-9-CM-code E906.0 and ICD-10-CA code W5417. Animal-bite injuries were identified through E codes in ICD9 (E906.1-E906.5) and W codes in ICD10 (W53, W55, W57-W59)17. These codes exclude venomous reptiles, arthropods and sea animals and focus on bite injuries inflicted by several land mammals, some of which are not further identified at a species level.

Physician billing claims in the Medical Services database and the Manitoba Immunization Monitoring System (1984/85 - 2006/07) (MIMS) were searched to identify rabies post-exposure vaccine tariff codes, given as AB-post rabies vaccine 8751 and IG-rabies immune globulin 8768. Tariff codes from the past (8752, 8753, 8754, 8755) for rabies inactive human diploid vac (post exposure) 2nd-5th dose (INIT series) were also identified for analysis. Further information on physician billing claims and diagnostic codes available in the claims was reported earlier. The Population database was accessed to provide population counts or denominator to calculate prevalence for years 1984-2006. The 95% confidence intervals (CI) were calculated using the approach for Poisson distribution18,19. Poisson regression coefficients for each of the studied factors along with standard errors were determined20.

Prevalence was compared between rural and urban Manitoba21 across five Manitoba regions (northern, mid, southern, Winnipeg and Brandon) and across income quintile areas of Manitoba. Manitoba regions and area-level SES grouping variable (eg income quintile values for Manitoba Dissemination Areas) were previously created using postal codes22. Manitoba neighborhoods were ranked according to average income levels into five levels (with level 1 representing the lowest quintile and level 5 representing the highest quintile) with equal numbers of people in each level of income22. By its nature, the income quintile variable is an aggregate-level variable, albeit at the smallest census level (Dissemination Areas) and does not represent an individual/family income per se. Because income levels differed so much between urban and rural Manitoba, separate scales were developed for urban (represented by Winnipeg and Brandon regions) and rural (represented by northern, mid and southern regions) areas of Manitoba21,22. Accordingly, R1 and U1 represent the lowest quintile in rural and urban areas, respectively, and R5 and U5 represent the highest quintile in rural and urban areas, respectively.

The study was approved by the University of Manitoba Health Research Ethics Board and by Manitoba's Health Information Privacy Committee (HIPC) under HIPC project number 2009/2010-08.

Descriptions of identified cases of DBIH and rabies PEP have been previously published10. Of the 1072 NCBIH, 463 (42.7%) injuries were coded 'E906.4 - Bite of non-venomous arthropod'; 392 (36.1%) injuries were coded 'E906.3 - Bite of other animal except arthropod'; and 171 (15.8%) were coded 'W55 - Bitten or struck by other mammals', and represented the three largest groups of NCBIH. Prevalence of DBIH was lower than prevalence of NCBIH and rabies PEP in Manitoba. Prevalence of DBIH, NCBIH and PEP was higher in people aged <20 years compared with people aged ≥20 years and in males compared with females (Table 1). Prevalence of all three outcomes was higher in rural than urban areas (Table 2). The β coefficient associated with rural areas relative to urban areas was highest for PEP (0.97) and higher for NCBIH (0.59) than for DBIH (0.22). While the mid- and southern regions of Manitoba demonstrated the highest prevalence of PEP (17.68 and 10.34 per 100 000 population, respectively), the northern region (6.19) had the highest prevalence of DBIH (Fig1). Prevalence of NCBIH was high in northern (5.94), mid- (6.20) and southern (5.60) regions of Manitoba. Prevalence was higher in neighborhoods with lower income quintile groups than in neighborhoods with higher income quintile groups for all three outcomes studied.

Figure 1: Regions and regional differences in the prevalence of
dog-bite injury hospitalizations in the Canadian province of Manitoba.

This study has established for the first time that prevalence of DBIH is higher in areas with lower SES groups than in areas with higher SES groups. This finding holds true when rural and urban quintile areas are separately analyzed as well, not just aggregated. SES grouping in this study was defined through area-wide income quintile groups. Findings also confirmed the higher prevalence of DBIH in rural and northern (remote) regions of Canada, a pattern that was previously observed while studying fatal dog attacks in Canada24. In addition, the study indirectly establishes the burden of DBIH relative to the burden from other animal-bite injuries. Although the prevalence of DBIH, in general, was lower than the prevalence of NCBIH and prevalence of rabies PEP, the pattern of relationship between SES and each of the outcomes studied was similar. The results of this study were consistent with the pattern of findings in previous studies that attempted to report on the relationship between SES and dog-bite injuries25-28.

For example, in the USA, significant negative correlation was observed between dog bites and median household income distribution25. Biting dogs were more likely than non-biting dogs to live in neighborhoods where the residents' median incomes were less than the county median income value26. In France, 21% of children with facial dog-bite injuries were reported to belong to an unfavorable social environment27. In the UK, children that owned dogs lived in more deprived areas than those without dogs, and deprivation increased with number of dogs owned28. 'Pit bull or cross' and 'bull breed' dogs were more likely to be found in more deprived areas than other dog types28. Pit bulls or cross or bull breeds are categorized as dangerous dogs in several jurisdictions9,10, although there is also no universal consensus on whether some breeds are more dangerous than other breeds of dogs29-31. Whether the observed high prevalence is an effect of increased number and density of dogs, type of dogs, resource availability or a combination of several factors is yet to be determined. In Ireland, a higher proportion of households own pet dogs in rural districts than in urban districts32, a finding that possibly helps to understand why dog-bite injuries are more prevalent in rural areas than in urban areas.

Limitations in interpretation of study results

Because of the aggregate nature of area-wide income quintile variable, no inferences can be made about the SES of the individuals in the study. However, because of the small area used to produce average neighborhood income levels from the census, the individual incomes would be highly correlated with the overall average income. A different kind of study design is needed to determine if individuals with lower SES backgrounds are at higher risk of hospitalizations due to bite injuries or at higher risk of PEP. Also, because the postal code is derived from patient's residential address, no inferences can be made about the location at which bites and injuries were sustained. Still, previous studies have established that most dog-bite injuries occur at home and are inflicted by owned dogs33,34.

Despite the descriptive nature of the present study, the pattern of results suggests that a community approach to control of injuries resulting from animal bites, specifically dog bites, could include area-specific strategies. Prevention efforts could be focussed not only at levels of families as currently practised35,36, but also at the neighborhood level in order to decrease the disproportionate burden of bite injuries in lower SES areas. Further analytical studies from different regions and from different populations may help to better understand the role of SES in dog-bite inuries and to recommend targeted, area-based policies to potentially reduce bite injuries in children. Future studies can also help to understand whether the inverse relationship between SES and bite injuries requiring hospitalizations is also observed when studying bite-injuries of all severities.

This study was made possible by funding from the CIHR/PHAC Applied Public Health Chair Award (2007-2012) to PJM.

8. Kim K, Ozegovic D, Voaklander DC. Differences in incidence of injury between rural and urban children in Canada and the USA: a systematic review. Injury Prevention 2012; 18(4): 264-271.

This PDF has been produced for your convenience. Always refer to the live site https://www.rrh.org.au/journal/article/2846 for the Version of Record.