Acute mastoiditis in Greenland between 1994-2007 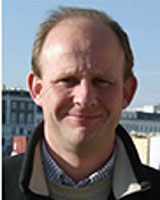 © Preben Homøe, Ramon G Jensen, Susanne Brofeldt 2010 A licence to publish this material has been given to James Cook University, jcu.edu.au

Introduction: The indigenous populations of the Arctic are prone to middle ear infections starting with an early age first episode, followed by frequent episodes of acute otitis media (AOM) during childhood. A high proportion develop chronic otitis media. Acute mastoiditis is a serious complication of AOM in childhood with postauricular swelling, erythema, and tenderness, protrusion of the auricle, high fever and general malaise. The disease may protrude intracranially. The incidence rates for acute mastoiditis in the Western world range from 1.2 to 4.2 cases/100 000 per year. There exists no epidemiological data on acute mastoiditis in the Arctic region.
Methods: A retrospective search was made for the WHO ICD-10 code DH70.0 (denoting acute mastoiditis) using the National Greenland Inpatient Register for the period 1994-2007, inclusive. Fifteen patients were registered and their medical records were retrieved. Four patients were obviously misclassified, leaving 11 patients for evaluation. The medical records were available for 10 patients. The diagnostic inclusion criterion was written clinical signs of acute mastoiditis.
Results: Based on the case series the incidence rate was calculated to be 1.4 for the total Greenlandic population and 7.4 for children 0 and 10 years of age. Median age was 14 months (5-105 months) and eight were female (72%). Seven of the 10 were exclusively treated with antibiotics and three underwent additional ear surgery. Bacteriological examination was performed in five of 10. One 8 month-old girl presented with a contemporary facial nerve paralysis and was treated with intravenous antibiotics; one 8 year-old girl was evacuated to Copenhagen for urgent surgery due to signs of meningitis. Acute CT scan showed a cerebellar abscess and a thrombosis in the lateral sigmoid sinus vein. An extensive cholesteatoma was found and eradicated during surgery. Six weeks later the patient returned home with a maximal conductive hearing loss as the only complication. All patients recovered from the disease.
Conclusion: The incidence of acute mastoiditis in Greenland is comparable to the incidence elsewhere, although AOM occurs more frequently among small children in the Greenlandic population. The disease is serious and must be treated immediately with intravenous antibiotics, followed by urgent surgery if there is no improvement.

The Indigenous populations in the Arctic are prone to middle ear infections starting with early and frequent episodes of acute otitis media (AOM) during childhood1. A high proportion develop chronic otitis media1. Acute mastoiditis is a serious complication of AOM in childhood with the typical clinical appearance of postauricular swelling, erythema and tenderness; protrusion of the auricle; high fever and general malaise2. The symptoms are caused by a subperiosteal abscess. A lowering of the roof of the external ear canal may be seen on otoscopy. The tympanic membrane is most often intact but pus is visible in the middle ear behind the membrane. The infection may protrude intracranially causing brain abscess formation and meningitis. The incidence rates for acute mastoiditis in the Western world range from 1.2 to 4.2 cases/100 000 per year3-6. These studies are based on retrospective hospital registers and medical records. The causative agents are most often Streptococcus pneumonia or group A streptococci3,5,6. There is no epidemiological or microbiological data on acute mastoiditis in the Arctic.

Greenland is part of Denmark covering 2 415 100 km2 with a length of 2600 km. The population is 55 000, of which 50 000 are of Inuit descent. There are 16 healthcare districts and each has a small hospital. The only large hospital is in the capital Nuuk which has approximately 15 000 inhabitants. Since 2003 and 2005 respectively, this hospital has had a paediatric and an otorhinolaryngologic department to which complicated cases are referred from other parts of Greenland. Before these departments existed Greenlanders requiring paediatric specialist treatment or ear surgery were often referred to similar departments at Rigshospitalet in Copenhagen, Denmark. However, children with acute mastoiditis appear to have only been referred selectively, and so no single central department has been responsible for the treatment and the care of these patients.

A retrospective search was made for the WHO ICD-10 code DH70.0 (denoting acute mastoiditis) using the National Greenland Inpatient Register for the period 1 January 1994 to 31 December 2007. All children with this code were expected to have been hospitalized for intravenous antibiotic treatment. In total 15 patients were found and after tracking their medical records at the local hospitals, four were obviously misclassified and excluded. Medical records were available for 10 of the remaining 11 patients. The diagnostic criteria for inclusion were a DH70.0 code, preferably with written clinical signs of acute mastoiditis, and no obvious reasons for misclassification (eg old age). The project was approved by the local ethics committee in Greenland (no. 2008-16).

Mastoiditis is an infection in the mastoid bone. It is most often associated with a recent episode of AOM, although this has been questioned recently3-6. In the most severe cases, the bone itself becomes infected and an abscess arises subperiosteally in the mastoid process. Optimal treatment is intravenous antibiotics with acute drainage (myringotomy), insertion of ventilation tubes and/or acute mastoidectomy3,5,6.

The total population incidence rate was 1.4/100 000 per year and 7.4 for children 0-10 years of age. The median age was 14 months (range 5-105) and eight were female (72%). Although the patients were from different parts of Greenland, five of the 11 were from the capital Nuuk. An even distribution was found during the study period.

Individual clinical appearance and treatment are shown (Table 1). Seven of 10 children were treated with antibiotics exclusively and three had additional ear surgery. Microbiological sampling and bacterial culture was performed in 50%, with S. pneumoniae found in one, while the others had group A streptococci, coagulase negative staphyloccocci, and Haemophilus influenzae; one case had no bacterial growth.

An 8 month-old girl developed a contemporary facial nerve paralysis and was treated with intravenous antibiotics, while an 8 year-old girl was evacuated to Copenhagen for urgent surgery due to signs of meningitis. A CT-scan showed a cerebellar abscess and thrombosis in the lateral sigmoid sinus vein. An extensive cholesteatoma was found and eradicated during surgery, and 6 weeks later the patient returned to Greenland suffering only maximal conductive hearing loss. All children recovered.

Table 1: Demographics of and clinical findings in 11 Greenlandic children with the diagnosis acute mastoiditis in the 14 year period 1994-2007

The incidence of acute mastoiditis in Greenland is comparable with that in other parts of the world where rates between 1.2 and 4.2/100 000 have been reported3-6, based on hospital registries. In a Norwegian National Registry study incidence rates between 13.5 and 16.8/100 000 were found in children aged less than 2 years, and between 4.3 and 7.1/100 000 in children between 2 and 16 years8. Thus, although AOM and chronic otitis media are very frequent among Inuit in Greenland, this does not seem to result in a higher incidence of acute mastoiditis. Treatment with antibiotics is widespread in Greenland and this is so for AOM. Worldwide, the incidence of acute mastoiditis is rising and it has been suggested that this is due to less aggressive antibiotic treatment of AOM in some countries; however, this has not been confirmed by epidemiological studies8.

The present study results are based on data from retrieved the medical records in the National Inpatient Register in Greenland. While this method may be unreliable, especially due to the low frequency of cases, it is comparable to methods used in most studies of the epidemiology of acute mastoiditis6. The Norwegian National Registry study did not include validation using medical records8. The present study may, in fact, have defined the minimum frequency of acute mastoiditis, with possible causes for under-reporting or under-registration of acute mastoiditis being misclassification or no registration at all.

An additional potential cause of misclassification is a wrong diagnosis. Differential diagnoses for acute mastoiditis include more severe episodes of AOM or AOM with mastoidismus. The latter presents with postauricular erythema and AOM but without abscess formation. Thus, there is a risk of classifying acute mastoiditis as an episode of AOM; it may be difficult to distinguish between these, especially for the inexperienced physician. Similarly, in remote areas such as some parts of Greenland, diagnoses are made by specially trained nurses (although this was not apparent in the present study). Accurate diagnosis is crucial, for acute mastoiditis is a serious disease that must be treated immediately with intravenous antibiotics, followed by urgent surgery if prompt improvement is not obtained.

Unfortunately the microbiological results in the present study are unlikely to be reliable. Microbiological sampling and culture is difficult in Greenland due to its vast distances and the only fully equipped laboratory being situated in the capital Nuuk. Therefore, antibiotic treatment outside the capital often relies on a clinical judgment alone. However, it was an unexpected finding that not all the children from Nuuk had a microbiological sample taken for culture and examination.

In the present study one child had the severe complication of an intracranial abscess and sigmoid sinus thrombosis, and during surgery a cholesteatoma was found. Infection in an undiagnosed cholesteatoma may present as acute mastoiditis. Thus, children with acute mastoiditis should be referred for thorough otological examination to avoid overlooking concurrent ear disease. Two children had the complication of facial nerve paralysis but both recovered after treatment. This complication is usually temporary, due to resolution of oedema compressing the nerve in the middle ear when the infection is treated.

The incidence of acute mastoiditis in Greenland seems relatively low, although AOM and chronic otitis media occur very frequently among small children. The incidence may actually be higher due to misclassification of diagnoses. The disease is serious and must be treated immediately with intravenous antibiotics, followed by urgent surgery if no improvement occurs.

The authors thank Lars Ragus and the local physicians in Greenland for their assistance with the retrieval of data.

This PDF has been produced for your convenience. Always refer to the live site https://www.rrh.org.au/journal/article/1335 for the Version of Record.