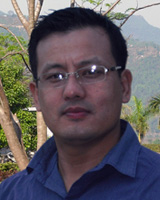 © Gagan Gurung 2010 A licence to publish this material has been given to ARHEN, arhen.org.au

Health is no longer defined by the narrow 'germ theory' of disease; the holistic approach has recognized that health is multifactorial1. In addition, the link between education and health is now well established, and growth in literacy rates, particularly among women, has been shown to have a positive impact on health2. The 2006 Nepal Demographic Health Survey showed large discrepancies in health service usage and health outcomes, according to the literacy status of respondents, particularly women3.

Table 1: Maternal and child health differentials according to mother's education

In addition, rural Nepalese women have been shown to be disadvantaged in health, education and economic status, compared with their urban counterparts. There are large differences between urban and rural women in utilization of health care services. For example, fewer rural women have: four or more antenatal care visits (rural 26% vs urban 52%); delivery assisted by SBA (rural 14% vs urban 51%) and contraceptive use (rural 42% vs urban 54%). Similarly, only 51% of rural women are literate, compared with 76% of their urban counterparts3,4.

To adress these inequities, interventions must be made beyond the health sector. Numerous studies over the past decade have found an almost universal positive association between a mother's schooling and her child's survival5,6. Kerala State in India is a striking example of this, with high levels of health improvement achieved when efforts in the health field were simultaneously reinforced by developments in other sectors, especially in female literacy1. Child health status has been demonstrably improved with an increase in maternal education in all income groups, except in the very poorest groups7. In fact, education promotes not only literacy, but also a wider understanding of the socio-cultural, economic and political factors that shape human development. Education promotes health and wellbeing by enabling individuals to critically analyze their own situation. Thus, an investment in the education of rural women in Nepal would greatly assist the achievement of improved maternal and child health outcomes.

This PDF has been produced for your convenience. Always refer to the live site https://www.rrh.org.au/journal/article/1352 for the Version of Record.