Prophylactic penicillin by the full moon: a novel approach in Central Australia that may help to reduce the risk of rheumatic heart disease 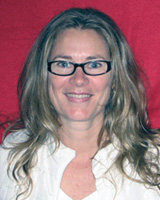 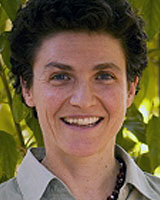 © Therese Kearns, Rosalie Schultz, Valmai McDonald, Ross M Andrews 2010 A licence to publish this material has been given to James Cook University, jcu.edu.au

Introduction: Uptake of penicillin prophylaxis to prevent recurrent rheumatic fever and its sequela rheumatic heart disease (RHD) is not optimal in the Northern Territory of Australia. The Full Moon Strategy (the Strategy) was introduced in the Central Australian region in June 2006 to improve the uptake of prophylactic penicillin: clients and healthcare workers were encouraged to use the full moon as a cue for the timing of the 4 weekly prophylactic penicillin injection. Objective: To determine the impact and effectiveness of the Strategy on knowledge and uptake of benzathine penicillin prophylaxis for clients at risk of RHD, and for primary healthcare workers in Central Australia.
Methods: Clients at risk of RHD in four remote Aboriginal communities and the town camps of Alice Springs were identified from the RHD database. Consenting clients or their carers were interviewed about their knowledge of the Strategy and the health promotional tools used. Their healthcare records were then reviewed for prophylaxis uptake 2 years prior to and 2 years following the introduction of the Strategy. Primary healthcare workers in the four remote communities who were available at the time of the study visit were interviewed about their knowledge and use of the Strategy and the health promotional tools.
Results: Fifty RHD clients and 19 healthcare workers were interviewed. Most were aware of the flipchart but less than half knew of the calendar poster, hand-held card or radio advertisement. Prophylaxis uptake increased significantly from 47% in the 2 years prior to the introduction of the Strategy, to 57% 2 years after the Strategy was introduced.
Conclusion: Introduction of the Strategy coincided with an improvement in uptake of prophylaxis but not around the time of the full moon. Uptake of benzathine penicillin remains inadequate and further innovative measures are needed to control rheumatic fever and its sequela in Aboriginal and Torres Strait Islander people.

Group A streptococcal (GAS) infections cause significant morbidity and mortality in Aboriginal and Torres Strait Islander people in Australia1. Of particular concern are acute rheumatic fever (ARF) and its sequela rheumatic heart disease (RHD). Both diseases have rates among the highest in the world in Indigenous Australians1 with hospitalisation rates 6 to 8 times higher than for non-Indigenous Australians2. Prophylaxis is available to prevent recurrent episodes of ARF with an intramuscular injection (IMI) of benzathine penicillin G (BPG) administered every 28 days for a minimum of 10 years after diagnosis3.

In the Northern Territory (NT) poor uptake of prophylactic BPG has meant recurrent ARF episodes continue to occur4. Reasons contributing to the poor uptake include: inconvenience, lack of family support, lack of confidence, forgetting, mobility between communities and uncertainty about when the injection is due5. To improve the uptake of prophylaxis RHD programs in Darwin and Alice Springs were established to progressively introduce control strategies4.

The concept of using the full moon as a reminder for penicillin prophylaxis was suggested by both clients and primary care providers in Central Australia. The full moon provides a reliable, timely and readily available reminder that 4 weeks have passed, and this strategy makes use of an appropriate concept for people who have low levels of English literacy, limited access to calendars, and may spend much of their lives outdoors. Thus, the Full Moon Strategy was conceived to complement other strategies aimed at improving the uptake of 4 weekly prophylaxis. The Alice Springs RHD program developed and implemented the Full Moon Strategy, using the full moon as a reminder to both clients at risk of RHD and healthcare workers that the prophylactic BPG is due.

From June 2006, Central Australian RHD program staff began informing and educating clients and healthcare workers about the Full Moon Strategy. The RHD program then collaborated with the Health Promotion, and Media and Corporate Communications Units of Department of Health and Families (DHF) to develop the media campaign and health promotion materials that were in use from June 2007. These included:


The evaluation aimed to assess:

The evaluation was conducted in four remote Aboriginal communities, encompassing an approximate population of 3400, and the Alice Springs town camps, population 2000 (unpubl. data; Central Australian Remote Health Services, Department of Health and Families, Alice Springs; 2008)6. Interviews were conducted from February to August 2008 in the remote communities, and from November to December 2008 in the town camps.

Eligible participants were clients in the RHD database who were prescribed BPG and were resident in the communities and camps at the time of the evaluation. Each client was visited at home and invited to participate. Consenting participants or their parent/carers were then interviewed by an Aboriginal researcher from DHF for remote communities, or from Tangentyere Council, one of the major service delivery organisations for people in the town camps. Interviews were written in English and conducted in English and Aboriginal languages as determined by the Aboriginal interviewer. Clinic charts and the RHD database were reviewed to collect information on prophylaxis given to clients who had been interviewed.

Primary healthcare workers were identified during the study visit to the remote communities and invited to participate. They were interviewed by non-Aboriginal researchers who were employed in the RHD Program or Health Promotion Unit.

Data were entered into a Microsoft Access database and analysed using Stata Statistical Software v10 (StataCorp; College Station, TX, USA). Responses to interview questions and BPG doses were reported as percentages. The percentage of participants given prophylaxis was determined by dividing the number of prophylactic doses administered by the total number of doses due for participants that month, using a two-sample test of proportion. The statistical significance of these results was measured using binomial exact 95% confidence intervals (CIs). Dates of the full moon for evaluation of timing of BPG uptake were from the Australian Government Geoscience Australia site7. Ethics approval was received from the Central Australian Human Research Ethics Committee (EC00155).

A total of 110 clients at risk of RHD were identified as being eligible for participation, 55 from the remote communities and 55 from the Alice Springs town camps. Fifty clients (45%; 39 clients at risk of RHD and 11 parents/carers) consented to be interviewed; all were Aboriginal (Table 1). The median age of clients was 28 years (range 8-58) and the majority were female (n = 41; 82%).

Table 1: Responses to the questions asked about the health promotion tools from clients at risk of rheumatic heart disease, parent/carers and healthcare workers

Of the 50 clients at risk of RHD or their parents/carers, 19 (38%) had a personal calendar card. Twelve interviewees (24%) had never been given a card while seven (14%) had lost their card. From the 19 healthcare workers interviewed, nine reported giving the calendar cards to all clients who needed BPG prophylaxis.

The flipchart was seen by 29 clients (58%) at risk of RHD or their parents/carers. Questions on the usefulness of the flipchart were asked of clients at risk of RHD. More than one response could be given for each question and the most common of the 66 responses reported that it 'confirmed when you were due to receive your BPG' (n = 23; 35%).

Fourteen healthcare (74%) workers had seen the flipchart, seven stated that they used it sometimes, six said they never used it and one person used it all the time.

Figure 1: Penicillin prophylaxis due each month and percentage of doses administered during the week of the full moon, June 2004-June 2008.

The Full Moon Strategy and the use of its promotional tools appear to have resulted in more consistent receipt of prophylaxis around the full moon but not a dramatic increase in uptake at the time of the evaluation. The overall increase in uptake of monthly prophylaxis to 57% is encouraging but relatively moderate in comparison with the earlier period (47%), highlighting that a substantial improvement is still required before high uptake rates are achieved in this very high risk population.

The limited gains observed may not necessarily be directly attributable to the Full Moon Strategy. Similar moderate gains were reported following the establishment of the RHD register in 2001 where adherence to prophylaxis uptake in four sentinel sites in Central Australia was reported to have increased from 55% in 2000 to 68% in 20028. The uptake of penicillin prophylaxis in Central Australia from the sentinel sites and our study have shown a significant increase in prophylaxis has occurred after each program intervention, although the sentinel site interventions were site specific and not generalized to the region. Other factors that may have influenced the uptake in penicillin prophylaxis during the period of the Full Moon Strategy evaluation include the high rates of changes in staffing in both primary healthcare services and the RHD program. There were also interruptions to the supply of BPG in 2004 and 2006. However neither the staff changes or the interruptions to BPG supply appear to have reduced the number of injections given during this study period9.

The flipchart was the most recognised health promotional tool used in the Full Moon Strategy. It was not a new tool, having first been introduced by the RHD program in 2002; however, the flipchart was adapted to include the full moon calendar. While the radio advertisement was the least known promotional tool, one-third of interviewees recalled the advertisement. In comparison, in a recent media campaign in Queensland, Australia 17% of participants could recall an advertising message without prompting, 83% could recall a television advertisement with prompting and 20% a poster with prompting10. The present results were consistently higher than those experienced in Queensland and support the use of media campaigns as health promotional tools.

Other issues raised in this project are the importance of full implementation of health promotion strategies. Reasons that resources were not used included healthcare workers not being aware of them; and clients not receiving them.

The interviews conducted by the RHD program were with available health staff in the remote communities (approximately 5-8 staff per community). While the potential for conflict of interest or information bias for the RHD program interviewers was recognised, this does not appear to have biased the findings with respect to BPG uptake for which the overall gains were modest. The interviewed staff were unaware of the plan to assess coverage relative to the timing of the full moon. Given the high turnover in the RHD program staff during the course of the project, it is thought unlikely that staff would have recruited clients based on their compliance with BPG during the full moon and, in practice, it was expected that most new staff members would be unaware of what education had been given previously.

There are a number of clear limitations to this study, including: the small number of participants; the retrospective time period as a comparison of uptake; and the absence of control of other confounding factors. However, the encouraging results suggest the Full Moon Strategy is worth continuing with to observe whether uptake will continue to improve. The significant increase in prophylaxis and a more consistent uptake around the time of the full moon suggest that the Full Moon Strategy may have been effective. While this is an encouraging result, the current uptake of BPG is clearly inadequate to prevent recurrent episodes of rheumatic fever. Innovative control measures and ongoing support and training of RHD staff are still required to make improvements in the rates of heart disease among Aboriginal and Torres Strait Islander people.

2. Australian Institute of Health and Welfare, Field B. Rheumatic heart disease: all but forgotten in Australia except among Aboriginal and Torres Strait Islander people 2004. Bulletin no 16 (cat no AUS 48). Canberra, ACT: AIHW, 2004.

This PDF has been produced for your convenience. Always refer to the live site https://www.rrh.org.au/journal/article/1464 for the Version of Record.