An outbreak of gastroenteritis linked to seafood consumption in a remote Northern Aegean island, February-March 2010 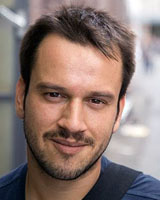 Introduction: Raw seafood consumption has frequently been linked to gastroenteritis and Norovirus is a common cause. In February and March 2010, there was an increase cases of gastroenteritis on the remote island of Agios Efstratios in the Northern Aegean Sea, Greece. A massive increase in seafood consumption associated with a religious festival a few days prior to the outbreak suggested seafood as the vehicle of transmission.
Methods: An outbreak investigation team visited the island in order to document the outbreak and find epidemiological evidence for its source. The whole island was used as a cohort in the retrospective cohort study that was conducted.
Results: Sixty-four of the 181 participants reported having had symptoms of gastroenteritis, of which 34 were considered primary cases. People who consumed any raw seafood imported to the island were 21.5 times (95% CI: 8.95-51.8) more likely to develop symptoms of gastroenteritis in the 72 hours following exposure. Consumption of local seafood was not found to be a risk factor.
Conclusion: Despite the lack of laboratory evidence, all four Kaplan's criteria were met and the outbreak was thought to have been caused by Norovirus. The outbreak investigation demonstrates epidemiological methods for use in a remote setting, where the means for laboratory and environmental investigation may be absent or limited.

Raw seafood consumption is known to be associated with various public health threats. Outbreaks caused by Norovirus, hepatitis A virus (HAV), Vibrio spp (more so Vibrio parahaemolyticus and Vibrio cholerae) and a number of other pathogens have frequently been documented1,2. Very recently, a number of gastroenteritis cases clusters due to Norovirus and linked to oyster consumption were reported throughout Europe3.

On 19 February 2010, the Hellenic Centre for Disease Control and Prevention (HCDCP) was informed about an increased number of patients with gastroenteritis symptoms on the remote island of Agios Efstratios, in the Northern Aegean sea, Greece. Because seafood is massively consumed on Ash Monday throughout Greece (on 15 February 2010), seafood items were the suspected vehicles of the outbreak. The island's two physicians reported that the symptoms, which were mostly mild, were compatible with a viral disease. In the immediate following days, a structured trawling questionnaire was used to interview some patients about water and food items consumption in the 3 days preceding symptom onset. This revealed that 4 of 5 patients (80%) had consumed raw seafood items allegedly imported to the island from nearby Limnos and shared with locals as a treat on Ash Monday. These items could not be backtraced.

According to the preliminary information available, all four Kaplan's criteria4,5 were met and, although there were no laboratory results for Norovirus, it is highly likely to have been the causative pathogen. Kaplan's criteria are: (i) a mean (or median) illness duration of 12 to 60 hours; (ii) a mean (or median) incubation period of 24 to 48 hours; (iii) more than 50% of affected people having vomiting; and (iv) no bacterial agent found.

An outbreak investigation team was formed by the HCDCP. It was decided to conduct an analytical epidemiological study in the island, given that the population of the island is small and, therefore, it could be used as a cohort; in this way, the biases pertaining to the selection of a control group of a possible case-control study would be avoided, and it would be possible to calculate an attack rate. Due to the lack of laboratory infrastructure on the island, environmental samples had not been collected until the point at which the HCDCP was informed about the outbreak. The investigation team arrived on the island of Agios Efstratios on 2 March 2010 in order to document the outbreak and discover epidemiological evidence of its source.

According to the authority of Greek Public Health Law 3370/2005, in public health emergencies or outbreaks the HCDCP intervenes immediately, using any means available to protect public health. With the delegation of this legal framework, such urgent outbreak investigations are in full compliance with the Elsinki Declaration, and can be carried out without further ethical approval.

A retrospective cohort study was carried out in order to identify individual risk factors for the acquisition of gastroenteritis symptoms. The cohort was defined as the island's entire population. People who were absent on Monday 15 February 2010 were excluded from the study. Demographic information was collected and participants asked about their food and water consumption, animal ownership, contact with animals and the presence of any symptoms of gastroenteritis since 15 February 2010. A primary case of gastroenteritis was defined as any person who had at least two episodes of diarrhoea or vomiting in the 72 hours following 12.00 h Monday 15 February. Any person who had these symptoms later than that time met the case definition of a secondary case of gastroenteritis. Participants were interviewed face-to-face using a structured questionnaire. Rate ratios and corresponding 95% confidence intervals (CI) were calculated. Data were entered into EpiData Entry v3.1 (http://www.epidata.dk/) and statistical analysis was performed with Stata v11 software (http://www.stata.com/stata11/).

Island physicians were advised that should more cases occur, clinical samples were to be tested for Norovirus and bacteria.

Testing of left over food for viruses and bacteria was recommended.

According to the 2001 census, the island had 314 inhabitants; however, the president of the Municipal District advised that the current population was approximately 210. During the visit of the the HCDCP, officials found there were 197 current residents, with an additional 8 people who were temporarily absent. Of the available population, 181 (91.9%) advised they were on the island on 15 February 2010. The remaining 16 were excluded from the study.

Sixty-four participants (35.4%) reported symptoms of gastroenteritis occuring since 15 February 2010. Thirty-four (53.1%) of these were primary cases, according to the case definition used, and the remaining 30 were secondary cases. The distribution of cases by symptoms of onset date is shown (Fig1).

The comsumption of raw seafood imported to the island was found to be statistically significantly associated with the development of symptoms among primary cases. People who consumed raw smooth Venus clams, oysters, scallops, clams and sea squirts were more likely to develop symptoms of gastroenteritis in the following 3 days than those who did not consume these raw products. Far fewer people reported having eaten these products cooked. The consumption of local seafood items, such as sea urchins, limpets, squid, octopus, crab and sea anemone was not found to be a risk factor for acquiring symptoms of gastroenteritis (Table 1).

All imported seafood consumed raw were grouped together; people who consumed any of these food items were 21.5 times (95% CI: 8.95-51.8) more likely to develop symptoms of gastroenteritis within 3 days, compared with those who did not consume raw imported seafood items (Table 1). Twenty-nine of 34 primary cases (85.3%) and 2 of 26 secondary cases (7.7%) had consumed raw seafood on 15 February 2010.

People who consumed locally produced pasta were also found to be more likely to become ill than those who did not (Table 1). However, this relationship was no longer present after stratifying by consumption of raw imported seafood items (data not shown). Possession of, or contact with, animals was not found to be associated with disease acquisition.

No samples were obtained from patients visiting the peripheral medical practice of Agis Efstratios.

No seafood remained in Agios Efstratios for for testing.

An outbreak of gastroenteritis occurred in a very remote island in the Northern Aegean Sea in February 2010. In most cases the onset of symptoms was between 15 and 18 February 2010, although cases continued to appear within the island population until well into March 2010. Even though Norovirus is transmitted to humans through consumption of infected food items, it can also spread from person to person, usually via the fecal-oral route6; however, airborne transmission has also been suspected7.

The seasonality of Norovirus infections among humans has been described and further analysed elsewhere8. In the 2010 northern hemisphere winter, a number of clusters of gastroenteritis cases due to Norovirus that could be linked to oyster consumption were reported throughout Europe3. There is no evidence that the western European outbreaks were linked to the present Greek report but information on backtracing of seafood was limited.

In Greece, during Lent or at least on its first day, Ash Monday, it is customary to abstain from eating meat and instead to consume seafood. In the year of this report, Ash Monday was on 15 February 2010, and the consumption of raw seafood items was found to be associated with the acquisition of an infection.

The fact that all Kaplan's criteria were met in the outbreak described, coupled with the descriptive epidemiology evidence suggesting person-to-person transmission of the disease (Fig1), makes it likely that Norovirus was the causative agent of the outbreak. Indeed, 29 of the island's 34 primary cases (85.3%) reported having consumed raw, imported seafood on Ash Monday. This was the case for only 2 of the 26 secondary cases (7.7%).

A number of seafood items were consumed in Agios Efstratios for the island has a very long fishing tradition. Locally fished items include a number of fish species, sea anemones, sea urchins, limpets, squids, octopuses, crabs and lobsters. All but the latter were reported to have been fished locally in February 2010. Mussels, oysters, clams, smooth Venus clams and scallops are foreign to the island and always imported. All but mussels were eaten either raw or cooked; only cooked mussels were eaten. Although thermal processing can kill pathogens, those who consumed cooked mussels were 5.4 times more likely to develop symptoms than those who did not. Although the thermal processing could not be observed at the time of the outbreak investigation, this finding may partly reflect the fact that people who ate cooked mussels on Ash Monday were more likely to also consume raw seafood at the same time.

Among the limitations of the study, is the fact that laboratory and environmental sampling and backtracing were not optimal. The island of Agios Efstratios has only one peripheral medical office with two physicians.

Despite the limitation, there was strong epidemiological evidence that seafood items were the vehicle of the outbreak. In this cohort study set in a very closed population, people who consumed imported seafood items were 21.5 times more likely to develop symptoms of gastroenteritis within 3 days. This report emphasises the role and importance of the use of epidemiological methods in outbreak investigation in any such remote settings, where laboratories support may be absent or limited.

The authors acknowledge the contribution of colleagues Costas Danis, Theologia Sideroglou and Theodoros Lytras for their fruitful comments before the study onset. Also thanked are Nikolaos Manoloudakis and Paraskevas Vrochides, physicians at the Agios Efstratios local medical practice, for providing the first information on the outbreak, as well as the president of the Municipal District of Agios Efstratios, Charalampos Makris, for his assistance during the authors' time on the island.

This PDF has been produced for your convenience. Always refer to the live site https://www.rrh.org.au/journal/article/1507 for the Version of Record.