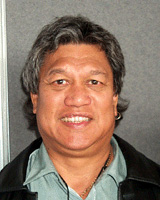 © Mick Adams, David de Kretser, Carol Holden 2003 A licence to publish this material has been given to Deakin University, deakin.edu.au

In traditional Australian Aboriginal society there was no word for health as it is understood in Western society1. Traditionally and today, the Aboriginal view of health encompasses a holistic matrix of family connections, land and community. Implicit in this is control over the physical environment, self-dignity, community cohesion, self-esteem and social justice. Thus, the Aboriginal perspective of health identifies closely with the World Health Organisation's Declaration of Health as a state of optimal physical, mental and social wellbeing, a basic human right that includes spiritual, sensual, sexual and emotional aspects of life2.

Aboriginal and Torres Strait Islander people comprise approximately 2% of the Australian population3. Approximately one-third live in rural regions and one third in remote communities where they represent 18% of the total population3.

Associated with poverty and compromised mental health are the risk factors of poor nutrition and the use of harmful substances (smoking and alcohol abuse) (N Hayman, M Wenitong, oral presentation, 1997)3,4 both of which worsen the situation of Aboriginal and Torres Strait Islander men. However, the major killers of this group are the so-called preventable diseases that among other population groups are considered manageable with lifestyle changes: diseases of the circulatory system (myocardial infarction and strokes), injury and poisoning, respiratory diseases, cancers and endocrine disorders (predominately diabetes) (N Hayman, M Wenitong, oral presentation, 1997)1,4. These 'preventable diseases' become lethal when added to the impact of intergenerational trauma (eg loss of culture and the affect of 'the stolen generation')9, the poverty cycle, a lack of health education, and cultural and language barriers to accessing appropriate health services. So lethal is this combination that in 1989, the life expectancy for Indigenous males was quoted as 56 years, 19 years less than the figure for all Australian males1.

The situation of Aboriginal and Torres Strait Islander men is desperate and these issues must be addressed urgently. Apart from the alleviation of individual suffering, it is the personal philosophy and belief of one of the authors (MA), that in the Indigenous community if the man is not well, the family will suffer; if families are suffering then the community will not function. Aboriginal and Torres Strait Islander men's health issues need to be addressed so the community can function to its full potential and begin to flourish.

As things stand, it is usually only when serious illness occurs that Aboriginal and Torres Strait Islander men will consult a doctor, and even then when cultural requirements are not met, the nature of their illness may be concealed13. Take the example of an Aboriginal Elder who went to see a doctor about a lump on his penis. He left the clinic with a prescription for antibiotics and his lesion remained unassessed. When he became aware the doctor was a woman he changed his presenting complaint to a sore throat6. When Aboriginal and Torres Strait Islander men are too embarrassed or 'shamed' to go to the health centre because men cannot talk to female doctors about men's problems, cultural insensitivity in the health service increases their risk profile6,7.

Indigenous writers say that biomedical research has traditionally been assembled for political advancement, ignoring the presence of or unique circumstances of Aboriginal communities while regarding Aboriginality as a problem to be solved14-16. So it comes as no surprise, that while there is a growing interest in promoting men's health, a literature review reveals very little that specifically addresses the health issues of Aboriginal and Torres Strait Islander men.

Anecdotal evidence suggests that sexual and reproductive disorders (for example, erectile dysfunction, commonly referred to as impotence) are prevalent among Aboriginal and Torres Strait Islander men because of their high rate of cardiovascular disease and diabetes. Unfortunately there are no statistics to define the extent of the problem.

It is essential that social researchers obtain an understanding of Aboriginal and Torres Strait Islander issues and history before they attempt to investigate social behaviour or health issues among this group. Approaching the research of any Indigenous health issue, such as Aboriginal and Torres Strait Islander men's health, demands the intertwining of ethical concerns with appropriate methodology. Many of the observations and opinions in this article result from a qualitative, ethnographic study12. This was conducted through a process of fieldwork, which included participant observation, interviews, group meetings and data collection. Data analysis was followed by reporting back to participants in a cyclical fashion. This qualitative approach allows the researcher to use Aboriginal ways of working by meeting with the participants in social and kin networks.

Once appropriate methodology is decided, gaining entry to the study site is a process of tact, respect and understanding of the community. Mindfulness of the cultural, political and social protocol and the structure of the community in which the research is to be undertaken is essential. It is important for visitors to acknowledge that they are entering Aboriginal people's tribal land. This is their country and they set the rules.

Meetings will be held with key stakeholders, such as the Health Service's Council of Management and the Elders of the community ('gatekeepers' who control the flow of knowledge) to gain their approval and support. The study, its aims, the methodology and sample must be explained and ownership of the research report negotiated.

The position of one of the authors (MA) as both Indigenous man and academic ('insider' and 'outsider') allowed a participatory role in his research. The Aboriginal and Torres Strait Islander men and women who provided cultural, historical, generational and gender perspectives on men's health and wellbeing were engaged with as facilitators and decision-makers17. Regardless of insider or outsider status, if a researcher is not respectful of the cultural, political and social structure of the community, the study may not proceed. In the research referred to, consent for the study was given by the Council of Elders and others who held recognised positions within the community12. All this occurred on a verbal basis. No written consent was made.

Finally, it is important to bear in mind the community's previous experience with research projects. The fact that numerous research projects have been conducted on Aboriginal health can give participants the impression that Aboriginal people are the most observed culture in the world. When the results of such research appear consistently to have little impact on improving participants' health, there may be little enthusiasm for the study.

Because the effects of sexual disorders on male mortality, quality of life and wellbeing have not been understood among the Aboriginal and Torres Strait Islander community, the need for research has not been given a high priority. However, if the problem is to be understood and managed, the lack of data must be addressed. Raising awareness of these issues among the men and their community is a starting point.

Concerned Aboriginal and Torres Strait Islander men with a special interest in male health (male health workers, researchers and doctors) met with Andrology Australia in Darwin in May 2002 with the aim of understanding the impact and researching the prevalence of male sexual and reproductive disorders in Aboriginal and Torres Strait Islander communities.

Andrology Australia and a nominated Aboriginal male health professional (co-author, MA) are in the processes of establishing specific projects relating to Aboriginal and Torres Strait Islander men's health10. The scope of the task requires the establishment of partnerships with organisations in both the private and public sectors, such as peak health bodies, research institutions, and community and consumers organisations. Longer-term work will be built on current expertise, community resources and existing research and experience in male reproductive health10.

In summary, the lack of data on the prevalence of male sexual and reproductive health disorders, and the need for sexual-health education are considered key areas to be addressed if the health of Aboriginal and Torres Strait Islander men is to be improved. This may be achieved with attention to the following strategies:

In order for any community education to be effective, Aboriginal and Torres Strait Islander communities must take an active role in the development of health education resources. It is suggested that an appropriate and effective strategy to assist with improving the awareness of male reproductive health issues must involve the following:

Disorders of the reproductive organs are common in men and become more prevalent as men age. With an increased life expectancy and ageing men's improved health status, these health problems start to become significant issues and can affect a man's quality of life if left untreated. Many men are reluctant to discuss sexual and reproductive health issues with their doctor or even their partner, however many of these health problems can be readily treated when diagnosed early.

Attempts are currently being made address the gender-specific disorders of Aboriginal and Torres Strait Islander men. However, only when sufficient resources are available to assist Aboriginal and Torres Strait Islander men to take responsibility for their own health and to deal with the crippling social issues they face will major improvement occur.

This PDF has been produced for your convenience. Always refer to the live site https://www.rrh.org.au/journal/article/153 for the Version of Record.