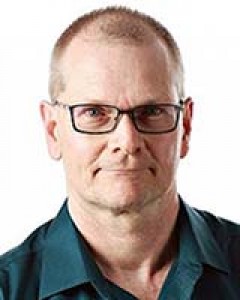 © John C Hogenbirk, Oxana Mian, Raymond Pong 2011 A licence to publish this material has been given to James Cook University, jcu.edu.au

Although the positive association between exposure to rural and remote practice during postgraduate training and eventual practice in rural areas has been well documented in the literature on family physicians/general practitioners1-11 few, if any, studies have examined this association for other specialties. Publications that deal with these specialties either advocate implementation of rural specialty training programs, recommend improvements or describe existing programs12-18 . These publications do not provide evidence linking rural or northern training and eventual practice location. This study addressed this gap in the literature and explored the association between practice location and northern education for specialties other than family medicine/general practice.

The NOSM administrative records provided the number, location and duration of residents' rotations in northeast Ontario from program inception in 2000 to 2006. Scott's Medical Database (SMDB) held by the Canadian Institute for Health Information (CIHI) provided the practice location at 31 December 2006 for 50 NOPS participants and matched specialists (described below). The SMDB practice location was checked against that of the College of Physicians and Surgeons of Ontario (CPSO) online directory (http://www.cpso.on.ca/docsearch/) for NOPS participants.

A comparison group of non-NOPS participants was selected by matching one for one on sex, year of birth, language, location of medical school, year of medical school graduation, age at graduation from medical school and specialty. If no exact matches were found, then criteria were relaxed to be ± 1 year for age or graduation year and medical versus surgical specialties. The study received research ethics approval from Laurentian University and CIHI.

Chi-square tests were used to analyze demographic characteristics as well as the relationship between the duration of northeastern Ontario rotations and practice location. Adjusted standardized residuals were used to identify cells with significant deviation from expected19. Paired t-tests were used to compare age in 2006 and age at graduation for NOPS and non-NOPS participants (Wilcoxon Signed Ranks tests gave similar results). Hierarchical log-linear models and χ2 tests were used to assess differences between NOPS and non-NOPS participants in geographic location and population size of practice community. Analyses were performed with PASW v17 (formerly SPSS; Predictive Analytic Software; Chicago, IL, USA; http://www.spss.com/).

All 50 NOPS participants were matched after six iterations. Exact matches were obtained for 12 participants, with 18 additional matches using specialty group. Allowing age and year of graduation to vary ± 1 added 11 and 9 matches for specialty and specialty group, respectively.

A hierarchical log-linear model was developed for NOPS participation (yes or no), practice location (Northeastern Ontario, Southern Ontario or other location) and community population size (10 000-99 999, 100 000-499 999 or ≥500 000 people). A sample size of 100 provided expected frequencies in excess of 5 and no cell was an outlier after the model was fitted20. Backwards elimination of non-significant effects resulted in a model with all first order (main) effects and two of the three two-way associations. A likelihood ratio of 5.55, df=5, p=0.35 indicated a good fit of the model. Structural zeros were used to take into account that communities of ≥200 000 people do not exist in northern Ontario. The final model shows that NOPS participation was associated with practice location, but not with community size, whereas practice location was associated with community size. The lack of a significant three-way interaction suggests that the results of χ2 tests can be used to assess significance of two-way interactions.

There were no significant associations between specialty group (medical vs surgical) and practice location or community size or between gender and practice location (χ2 tests, p>0.34). However, proportionally more female surgeons (7/8) than males (8/20) practiced in metropolitan areas than in communities of other sizes (Fisher's Exact Test, 2-sided, p=0.04).

Excluding those participants who were out of Canada or were not registered for medical practice in 2006 left 29 NOPS participants and their matches - all of whom were assumed to be in active Canadian medical practice. Model and test results were very similar for the full or partial data sets and thus the findings seemed robust.

Table 1: Northeastern Ontario Postgraduate Specialty (NOPS) and non-NOPS participants according to location at 31 December 2006? and population size of community

Rotation details and association with outcomes

The study could not rule out the influence of other factors. For instance, the study did not account for possible exposure to northern and rural medical practice through participation in other programs. The study also did not account for other factors that might be associated with northern practice (eg northern or rural background)8. For some specialists, NOPS participation might be a consequence of their earlier decision to practice in the north, while for others participation may have encouraged them to practice in the north.

There are some limitations associated with SMDB data. For instance, location in the SMDB is based on physician's mailing address (home, hospital or office) and may not reflect actual practice location. However, results are likely robust given that only 6% were home addresses. Excluding specialists who were located out of Canada or were not registered with the regulatory college did not substantially change the main findings, though sometimes statistical significance was reduced due to lower sample size.

The inability to match 54% of NOPS participants exactly on specialty is a limitation because some specialties may require a bigger population base to ensure a viable practice and this would preclude practice in smaller cities and possibly in the north altogether. While this may temper our NOPS versus non-NOPS comparisons, it does not affect our findings of a positive association between NOPS rotation duration and practice location.

Our study found a strong positive association between participation in the NOPS program and a northeastern Ontario practice location. It is not clear whether longer northern rotations encourage northern practice or whether this reflects an existing disposition towards northern practice. It is clear, however, that those specialists who had the longest northeastern rotations were more likely to set up practice in the northeast and, to some extent, in smaller cities.

2. Watanabe M, Flick GH. Influence of undergraduate and postgraduate education on recruitment and retention of physicians in rural Alberta. Clinical and Investigative Medicine 1995; 18(3): 217-228.

5. Brooks RG, Walsh M, Mardon RE, Lewis M, Clawson A. The roles of nature and nurture in the recruitment and retention of primary care physicians in rural areas: a review of literature. Academic Medicine 2002; 77(8): 790-798.

This PDF has been produced for your convenience. Always refer to the live site https://www.rrh.org.au/journal/article/1603 for the Version of Record.