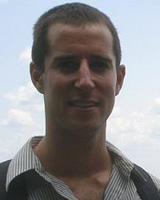 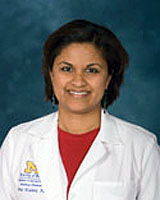 In 1978, the Alma-Ata Declaration proclaimed that by 2000 all people would attain a level of health that would permit a socially and economically productive life, with primary health care, such as immunizations, serving as the key1. More than 10 years past the initial Alma-Ata deadline, this goal remains elusive. In 2006, less than half Ugandan children received the recommended vaccines before their first birthday2.

While issues of access have been highlighted in previous studies, these deficiencies do not account for all gaps in childhood vaccination. Although several investigators have examined economic and organizational barriers, less is known about the impact of parental knowledge, attitudes and beliefs among Ugandans3,4. We examined the role of parental beliefs and attitudes on immunization rates in Eastern Uganda, and report our findings to your readers.

The Bushikori Christian Centre (BCC) provides free outpatient and inpatient care as well as with medications, childhood vaccinations and maternal health services to the citizens of the Mbale region of eastern Uganda5. In the summer of 2010, a brief oral survey was administered to examine parental knowledge, attitudes and beliefs regarding immunizations. A convenience sample of adult patients (aged 18-49 years) was surveyed after receiving care at BCC. All surveys were administered by one female nursing assistant fluent in the local dialects and English. Responses were collated and expressed as percentages, with values as mean ± standard deviation and/or median. The study was approved by the Institutional Review Board of the University of Michigan Health System.

Of the 206 survey participants, 93.2% were female with a mean age of 28 ± 7.15 years; respondents reported a median of three living children (range 0-8 years). Participants had a median 7 years of education, and 30.5% (63/206) reported receiving at least one year of secondary education.

All survey participants reported vaccinating their children. In terms of beliefs, 100% also reported knowing that immunizations are very effective in preventing certain diseases. Only 2.4% (5/205) believed that the risks of immunizations outweigh the benefits; 96.1% (195/203) felt that immunizations are rarely dangerous; 97.1% (199/205) agreed that diseases prevented by immunizations can be serious and cause death. In total, 96.9% of parents (190/196) said they always know when their children are due for a vaccine, and 92.4% (183/198) denied the notion that healthcare providers do not provide enough information about vaccinations. Finally, 98.1% (202/206) of participants believed that there was a lot they could do to affect the health of their children.

The results of this small survey suggest that vaccination rates are high among families seeking care at BCC (100% among respondents). These results contrast to previous reports of parental attitudes in developed countries3. While sampling bias, a lack of accounting for important cultural nuances and other irregularities prevent generalization of the present results, the excellent vaccination rate reported by BCC parents does suggest that access to vaccines (rather than parental attitudes and beliefs) be considered as a major barrier to achieving sufficient vaccination coverage in rural communities.

Despite these significant limitations, the results support the need for larger, population-based studies to better characterize potential barriers (eg logistic or economic) to vaccination in rural Uganda. Such studies should include a cohort of unvaccinated children to further explore parental attitudes and access issues.

The authors thank the following groups for their generous support of this work: University of Michigan Summer Biomedical Research Program, David E. Rogers Fellowship through the New York Academy of Medicine, the Arnold Gold Foundation, and the Infectious Disease Society of America.

This PDF has been produced for your convenience. Always refer to the live site https://www.rrh.org.au/journal/article/1620 for the Version of Record.