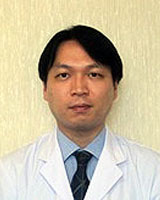 The Tottori-Kofu Study was intended to assist in preventing stroke in the rural town of Kofu, Tottori Prefecture, Japan (Fig1), where the incidence of cerebral stroke was 3 times higher than the national average. One aim of the study was to develop an effective screening method for diabetes mellitus (DM), a major risk factor for stroke.

In Japan, the diagnostic criteria for glucose intolerance has been defined as a fasting plasma glucose (FPG) level of ≥6.1 mmol/L (110 mg/dL). The cutoff point for FPG was found to be optimal at 6.2 mmol/L in the urban area of Hisayama (sensitivity 78-81%); however, in rural Funagata the sensitivity was found to be low at 6.1 mmol/L (64%)1,2. Based on these results it was hypothesized that the rural Japanese population requires different FPG criteria and measures of other risk factors compared with their urban counterparts. This was tested in the town of Kofu.

Figure 1: The rural town, Kofu, Japan - site of the research.

The authors performed a multiple regression analysis and receiver operating characteristic (ROC) analysis of the data. It was presumed that non-DM subjects were individuals with normal glucose tolerance and impaired glucose tolerance in OGTT. From a past report3, subjects believed to have an extremely low probability of having DM at examination were individuals with FPG <5.5 mmol/L and HbA1c (NGSP) <5.9%, BMI <25 kg/m2, triglycerides <1.69 mmol/L, no family history of DM, and no reported treatment for hypertension.

These results suggest that FPG of ≥6.1 mmol/L alone is insufficient to detect early-stage DM. The combination of FPG ≥5.2 mmol/L and triglycerides ≥1.69 mmol/L was found to be useful as a screening to detect early-stage DM in the group studied. While the suggested FPG criteria may have been too low, it was useful to also consider OGTT results, especially in those with hypertriglyceridemia. It is speculated that moderate alcohol consumption induced diabetes and hypertriglyceridemia in the population studied4,5.

The study results should, however, be interpreted with care as it was cross-sectional rather than a cohort study, and the subset of residents who underwent the OGTT was biased. Moreover, the Kofu town residents were an elderly population, so the criteria may not be applicable to other rural areas in Japan. However, it is predicted that the screening criteria established in the present study will contribute to the prevention of stroke in the specific population studied, and may also be useful to consider for other rural residents in the vicinity of the rural town of Kofu.

3. Ko GT, Chan JC, Li JK. Combined use of a fasting plasma glucose concentration and HbA1c or fructosamine predicts the likelihood of having diabetes in high-risk subjects. Diabetes Care 1998; 21(8): 1221-1225.

This PDF has been produced for your convenience. Always refer to the live site https://www.rrh.org.au/journal/article/1697 for the Version of Record.