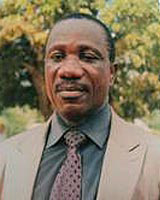 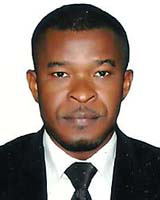 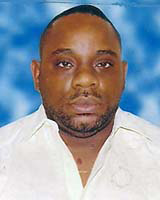 Obstetric vesicovaginal fistula (VVF) is an abnormal communication between the mucosa of the urinary bladder and that of the vagina. In developing countries, most cases result from the complications of prolonged obstructed labor. The condition is characterized by persistent leakage of urine resulting in perineal wetness, excoriation and pain, and a pervasive urinary odour, which has a severe negative impact on the quality of life of affected women1,2. Most of these women also develop low self-esteem, depression and may become socially withdrawn1,2. If the condition is not corrected promptly, an affected woman may be abandoned by her community, close relatives and even her husband1,2. In extreme cases, she is treated as a social outcast and excommunicated from her community2.

In 1993, approximately 2 million women were estimated to be living with unrepaired VVFs. The majority were from developing countries, and 40% of these were from Nigeria3. This figure was, however, considered to be an underestimate since the problem is believed to be widespread in Africa particularly, and some parts of Asia4. A more recent estimate suggests that 33 000 new cases of VVF occur annually in Sub-Saharan Africa alone5,6. In Nigeria, approximately 20 000 new obstetric fistulae occur annually7 and it is estimated that a back-log of surgery means unrepaired cases may not be corrected for several years. According to the United Nations only 33 surgeons provide fistula repair surgery in Nigeria with an annual repair of only 2500 cases8.

Developing countries lack sufficient functioning maternity centres and women often fail to utilize available maternity services; therefore, the VVF with its devastating impact will continue to occur1,2. Some women in Nigeria avoid hospital confinement due to poverty, illiteracy and ignorance, being unaware of the benefits of hospital confinement and the dangers of delivering under the supervision of unskilled birth attendants9. Other women avoid hospital confinement because of a misplaced fear of 'spiritual attacks' during delivery, prophetic warnings against hospital delivery or an inability to pay the relatively high fees charged to hospital users9. This aversion to hospital confinement is not limited to un-booked pregnant women because some women obtain antenatal care in hospitals but elect to deliver elsewhere9,10. This concerning trend in Nigeria has contributed significantly to the increasing incidence of obstetric VVF .

Health is defined not only as the absence of infirmity, but also as a state of physical, mental and social wellness11. Vesicovaginal fistula with its devastating effects on the woman's personal hygiene, self-esteem, interpersonal relationships and environment disrupts all three elements of her health. While a large number of women have been successfully treated with VVF repair in Nigeria, their post-repair quality of life has not been systematically evaluated. This study evaluated and compared the quality of life of affected women using the World Health Organization Quality of Life (WHOQOL)-BREF Questionnaire before and after successful repair.

This cross-sectional, prospective study sought to assess the quality of life of women whose VVF were repaired at the Family Health Centre, Mbribit-Itam in Akwa Ibom State, Nigeria. The women's initial assessment was at presentation to the centre and this was repeated 6 months after successful fistula repair.

The Family Health Centre at Mbribit-Itam is located in the outskirts of Uyo, the state capital of Akwa Ibom State, which is in the south-east health zone of Nigeria. It is a referral centre for all cases of VVF in Akwa Ibom State and the neighboring states of Abia, Cross River, Imo, Rivers and Benue. Among these states the people follow similar socio-cultural and traditional practices. In spite of the large number of health facilities in these states, only approximately 50% of pregnant women attend antenatal clinics in government approved health facilities and only 35% deliver in hospital12. The majority of the women, especially those living in rural areas, prefer to deliver in unlicensed maternity centres with inadequate intra-partum care12.

The WHOQOL-BREF questionnaire consists of 2 parts. The first part evaluates the patient's subjective assessment of her quality of life and satisfaction with her state of health, while the second part evaluates the 4 domains: physical health, mental health, social health and the environment. Both parts of the questionnaire present a number of questions with a five-option Likert rating scale for the respondent to score. For example, in part 1 the respondent is asked 'How satisfied are you with your health?' and the response options are Very dissatisfied/ Dissatisfied/ Neither satisfied nor dissatisfied/ Satisfied/ Very satisfied. Other questions include: To what extent do you feel pain prevents you from doing what you need to do? How often do you have negative feelings such as blue mood, despair, anxiety, depression? How satisfied are you with your sex life? How well are you able to carry out your daily chores?

The data obtained were analyzed using descriptive and inferential statistics. Means and standard deviation were computed using conventional statistical formulas. The χ2 test was used to assess for statistical significance in the proportion of women who felt satisfied with their quality of life before repair and after successful repair. Student's t-test was used to assess significant change in the women's quality of life after successful repair in the four designated domains. A p-value of <0.05 was considered statistically significant.

During the 12 months of the study 271 women had their VVF repaired at the Family Health Centre. Of these women, 265 gave informed consent and were recruited to the study. Only 150 women who had successful repair returned for follow up 6 months after repair and these comprised the study population.

The participants' demographic characteristics, and information about their parity and time to presentation is provided (Table 1). The mean age of women in the study population was 27.5 ± 1.6 years. The majority of the women (66.7%) were grand-multiparous (ie ≥ para 5) and married (80%). The majority of the women (53.3%) had secondary education and 53.3% presented to the centre within 1 year of sustaining the fistula.

The success rate of VVF repair at the centre was 96% during the study period. Using the WHOQOL- BREF Questionnaire, 30 women (20%) judged their general health status to be satisfactory before repair of their fistula, compared with 135 women (90%) after successful repair. The difference was highly statistically significant. (χ2 = 148.4, df = 1; p< 0.000).

The women's mean quality of life score in domain 1 (physical health) was 67.9 ± 4.4 before and 69.3 ± 3.4 after successful repair and the difference was statistically significant (t = 30.43, df = 1; p<0.01). Significant improvements were reported in the area of personal hygiene, the healing of perineal excoriations and resolution of perineal pain.

In domain 4 (environment), the women's mean quality of life score was 60.3 ± 4.3 before and 59.7 ± 2.7 after successful repair but the difference was not statistically significant (t = 1.46, df = 1; p< 0.2). In domain 4 there was no significant improvement in the women's available income for their needs, ability to carry out their daily chores and level of participation in leisure activities.

Obstetric VVF is an important maternal morbidity because of its severe effects on the health of affected women, as demonstrated by this study. However, a search of published literature on the quality of life of women affected by VVF yielded few publications.

In the present study, a highly significant proportion of women felt subjectively satisfied with their health status after successful fistula repair, supporting the benefits of surgical repair. This is understandable because successful repair improves the woman's personal hygiene by bringing to an end persistent urinary leakage. As the troubling associated symptoms subside, the woman's self-esteem improves and her relationships are restored. The significant improvement (p<0.01) in the physical health domain among women after successful repair was likely to be due to improvement in their personal hygiene and the healing of perineal excoriations. The women particularly reported improved personal hygiene and the resolution of perineal pain.

A highly significant proportion of the women (p<0.005) became satisfied with their mental health after fistula repair, confirming the psychological trauma associated with unrepaired VVF, including loss of self-esteem, anxiety and depression1,2,5. The women studied particularly reported improvement in their self-esteem, ability to concentrate and their sleep pattern.

Repair of VVF among the study population was also associated with a significant proportion feeling satisfied with their social health. Most of the women had improved interpersonal relationships and an improved sexual relationship with their spouse, probably following the restoration of personal hygiene and the resolution of perineal excoriation2. These features of the disease will disrupt and place a strain the woman's intimate sexual relationship, in extreme cases leading to marital disharmony and divorce1,2.

That there was no significant difference in the environment domain after successful repair probably reflects the support and care of affected women's relatives and friends. Responses to questions about the availability of money for their needs and participation in leisure activities, and their ability to carry out their daily chores were likewise unchanged after repair.

Surprisingly, the majority of the study population were grand-multiparous (≥ para 5) and the reason for this is not clear. However, it may support the notion that some multiparous women in the study area avoid subsequent hospital confinement, even after a favourable delivery outcome. It has been suggested that such behaviour is due to a woman's overconfidence in her ability to deliver unsupervised14. Regardless of the reason, this finding demonstrates that high parity does not confer immunity against the development of obstetric VVF.

The unexpected finding of no divorced and 80% married women in the study population has no clear explanation, although it should be noted that over 90% of participants presented less than 4 years after the occurrence of the fistula. Marital disharmony culminating in divorce is likely to occur in protracted cases of VVF, with divorce being the last resort5. Indeed, divorce is not acceptable according to the tradition and culture of the people of south-eastern Nigeria where the study was conducted, although studies in north-eastern Nigeria15 and Benin city, Nigeria16 obtained divorce rates of 50% and 25%, respectively, among the women with VVF.

It is noteworthy that no woman in the current study population had tertiary level education, although 6.7% did not specify their education level. This finding supports the belief that a woman's education significantly positively influences her health-seeking attitude17. The majority of women in the present study population were educated either to primary or secondary level, contrasting with illiteracy rates of 75% and 95% among VVF patients in studies from Sudan and the Niger Republic, respectively14,18. This disparity is probably due to socio-cultural differences among the study populations. The inhabitants of Nigeria's south-east health zone are known to embrace and vigorously promote formal education among their people, with free, compulsory basic education sponsored by some state governments.

Successful VVF repair was associated with a significantly higher proportion of women feeling satisfied with their health status. There was also significant improvement in their physical, mental and social health, although no change in the WHOQOL environment health domain. The establishment of more centres dedicated to the exclusive management of VVF in affected world regions is essential. The need for public education about the benefits of regular antenatal care and the importance of hospital confinement, regardless of parity, cannot be overemphasized.

The authors express sincere gratitude to the surgeon in charge of the Family Health Centre Rev. Sr. (Dr) Mary Morloy for permitting this research to be undertaken at the centre. They also thank centre staff for their cooperation and support during the period of the study.

This PDF has been produced for your convenience. Always refer to the live site https://www.rrh.org.au/journal/article/1734 for the Version of Record.