Mammography screening: how far is too far? 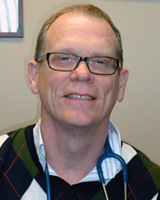 © William Osmun, Julie Copeland, Leslie Boisvert 2013 A licence to publish this material has been given to James Cook University, jcu.edu.au

Introduction: This study answers the question: 'How far must a Canadian woman travel before the risk of a motor vehicle accident (MVA) outweighs the benefits of mammography screening?'.
Methods: Numbers needed to screen and false positive rates were extracted from information in the breast screening guidelines from the Canadian Task Force on screening for breast cancer. Motor vehicle accidents per billion vehicle kilometres were extracted from Transport Canada. The charts of women undergoing screening mammograms were reviewed to determine the average number of extra trips generated from a false positive mammogram. A formula was devised to determine when the distance travelled and risk of MVA outweighed the benefits of mammogram screening.
Results: How far a woman would need travel before the risk of that travel outweighed the benefits of screening mammography is determined by the province in which she lives (location) and her age. The distance of a round trip before the risk of travel outweighed the benefit of screening mammography varied from 65 km to 1151 km, according the patient's age and location.
Conclusion: Travel risk is rarely discussed in recommending screening examinations. Nevertheless the benefits of screening can be outweighed by the risk of travel. Knowledge of travel risk is essential before recommending screening procedures.

Mammography is a controversial screening tool1-4. As with any screening program, the benefits of lives saved must be balanced against the risk of harm to the patient. One overlooked risk is the danger of travel to the screening site, particularly in large nations such as Canada. While the costs of travel in both accidents and dollar amount has been raised5, no literature was found that assessed the risk of injury or death from road travel and its effect on the risk-benefit profile of screening mammography. This article asks 'How far is too far?', before the risk of death or injury on the road outweighs the benefit of screening mammography.

The number of patients needed to screen and false positive rates for different age groups were taken from the screening mammography guidelines published by the Canadian Task Force on Preventive Health Care6. The motor vehicle accident (MVA) risk per kilometre driven was taken from the Transport Canada site7.

A formula was devised by the authors to determine when the risks of round trip to a screening site outweighed the benefits of screening mammography.

The formula for estimating the maximum distance travelled before the benefit of mammography is outweighed by the danger of road travel is:


The estimated number of trips necessary to save one woman's life from screening mammography is given (Table 1).

The maximum kilometres round-trip to a screening centre to benefit from screening mammography is estimated (Table 2) for each Canadian province and territory.

Table 1: Estimation of trips necessary to save one woman's life

The distance a woman must travel to a screening site represents a risk of injury or death that may outweigh the benefit from screening mammography. This distance will vary depending on age and province, from 65 km for a 40 year old in Nunavut to 1151 km for a 70 year old in Alberta.

The risk of travel may be reduced by choosing not to travel in winter or only in day light hours. The risk differs depending on a woman's place of residence. Women who live far from screening centres need to be cognizant of the travel risks they are taking. Mobile mammography units would greatly reduce this risk.

This analysis is limited because MVA statistics pertain to the general population and not only to women in the age range of the screened populations. Gravity of injuries was not recorded in the government data.

Weaknesses of the study include that MVA statistics are for the general population and may differ for middle-aged women and for the time of day and season they travel. The number of trips generated by a false positive mammogram was determined by examining patient experience at our clinic and may not reflect the experience nationally or internationally.

The distance a woman must travel to receive screening mammography changes the risk-benefit profile of the test. This risk should inform a woman's decision to participate in screening. Women who reside far from a screening site would be well advised to travel when the risk of travel is lowest or to arrange screening when a trip is already planned.

This PDF has been produced for your convenience. Always refer to the live site https://www.rrh.org.au/journal/article/2149 for the Version of Record.