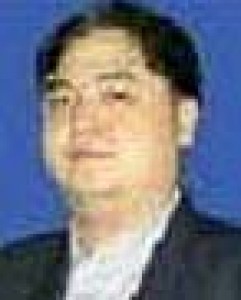 © Viroj Wiwanitkit 2011 A licence to publish this material has been given to James Cook University, jcu.edu.au

There is no doubt that the huge earthquake on 11 March 2011 off the Pacific coast of Tohoku, Japan, and subsequent tsunami is one of the largest natural disasters in modern history1. Unexpected radiation leakage from quake-hit and inundated nuclear power reactors has worsened the crisis. Appropriate management of the situation is paramount - but the question is, 'What is to be done and how to do it?' In this, Japan may be able to learn from the experience of Thailand.

A similar disaster occurred in 2004 in South-East Asia when a large earthquake near Indonesia caused a giant tsunami which severely affected several countries, including Thailand. The magnitude of this 'great Sumatra earthquake' and the current Japanese quake are very similar. In Thailand, the southern rural provinces Phang-Nga, Phuket and Krabi were affected. The tsunami caused the sudden death of approximately 10 000 of the local population and also many Western tourists. The immediate communication system shut-down caused a 2 to 3 day delay before the Thai Government could arrange systematic management of the crisis. The distance of several hundred kilometers between the affected areas and Bangkok prevented immediate delivery of aid materials. Rescue and healthcare teams from other parts of Thailand were also delayed, as is happening currently in Japan.

In consequence in Thailand, four types of infections emerged immediately: wound infections, gastrointestinal infections, respiratory tract infections and mosquito-borne infections2,3. Due to the rurality of the affected areas and unpreparedness of the government, insufficient medications, vaccines and other medical materials made external supports essential. However in Japan, endemic diseases such as the mite-borne Tsutsugamushi disease will be more prevalent than the mosquito-borne infections of South-East Asia4.

Long-term, there has been a change in the epidemiological pattern of many infectious diseases (eg cryptosporidium and giardia infections) in southern Thailand5. Problems associated with disability and the number of abandoned children were also serious concerns in the affected provinces6, and many psychosocial problems including post-traumatic stress disorder persist to this day7. It is these issues, particularly psychosocial problems, that may emerge from the present Japanese crisis.

Apart from treating casualties, the management of dead bodies after the Thai crisis emerged as an unexpected problem. Due to the rurality and lack of appropriate storage facilities, abandoned human remains served as reservoirs for infected particles8. In addition, a lack of pathology personnel and infrastructure made forensic identification of the dead difficult.

Lessons for Japan from the Thai experience include recognizing the importance of disease control and surveillance activity, and managing the bodies of the deceased. Recommended strategies include applying strict infection control, establishing temporary morgues and implementing vaccination programs9. However the superimposed nuclear problem makes the Japanese situation unique, and suggests that learning from the Chernobyl experience will be necessary, as well as from rural Thailand.

This PDF has been produced for your convenience. Always refer to the live site https://www.rrh.org.au/journal/article/1770 for the Version of Record.