Type 2 diabetes, cardiovascular disease and the utilisation of primary care in urban and regional settings 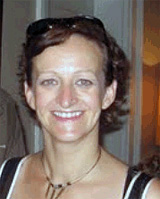 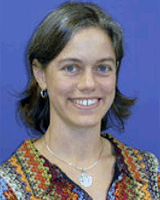 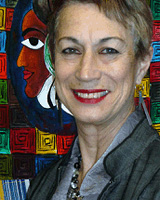 Introduction: There are marked inequities in access to and use of different primary care providers - including GPs, practice nurses, allied health services and complementary and alternative medicine (CAM) providers among populations residing in different geographical areas of Australia. Little research has focused on patterns of primary care health service utilisation according to locality in relation to the management of serious chronic illness, with even less on the use of CAM. In this article geographic similarities and differences in primary care service usage are examined among people with cardiovascular disease and/or type 2 diabetes mellitus residing in regional and urban Victoria, Australia.
Methods: Between April and July 2010, hard-copy questionnaires were sent to a random selection of 10 000 registrants from the National Diabetes Services Scheme, 2162 were distributed via Heart Support Australia and community organisations within the state of Victoria; an online version yielded 290 valid responses. This article draws on data from the 2914 returned survey responses in which people provided their residential postal codes. From this information, geographic location was determined on the basis of the Australian Standard Geographical Classification. Data were subject to inferential analyses using PASW Statistics 18.0 (SPSS; Chicago, IL, USA). A series of contingency table analyses were conducted to evaluate the relationship between primary care service use and respondents' geographical locality. Contingency analyses and χ2 tests were also conducted to examine the differences between rural and metropolitan frequency of GP use.
Results: In comparison with urban respondents, rural respondents reported greater use of allied health practitioners, district or practice nurses, and community health centres. Conversely, use of hospital outpatient services was significantly higher among metropolitan respondents. Use of GP clinics was not related significantly to respondents' locality, nor was use of inpatient hospital services or use of counselling, psychiatry or psychology services. Frequency of GP use, however, varied significantly among geographical categorisations, with urban respondents visiting their GPs more frequently.
Conclusions: While GPs play an important role in chronic disease management in Australia, the rate of GP attendance remains lower among patients living in regional areas. By contrast, the level of patient engagement with nurse practitioners and allied health professionals in this study was significantly higher among rural respondents. Issues related to access appear to play an important role in determining what primary care services people use when managing their chronic conditions and their frequency of consultation.

Rural chronic disease management is a public health concern in Australia, with higher rates of chronic disease reported in non-urban areas1. Rural populations tend to be older, are more likely to be exposed to health risk factors and experience greater socioeconomic disadvantage2-4; these factors also impact on access to health services1,5.

Primary care services (formal care provided at point of entry into the health system) play a vital role in chronic disease care. While GPs deliver the bulk of primary care in Australia6, this is not always the case in rural settings, where access may be limited7,8. Instead, rural primary care is often delivered by nursing and allied health professionals, including through community health centres (CHCs); it is supplemented by pharmacists providing health information and advice7 as well as hospitals9,10, particularly among patients who do not have a regular provider11. More recently, the primary care role of complementary and alternative medical (CAM) providers has been highlighted12-14. Wardle et al14 found that CAM use was higher in non-urban localities due to social and cultural factors, including a preference for holistic care.

Despite national initiatives aimed at improving GP care in rural areas15, research suggests that the primary care needs of rural people with conditions including type 2 diabetes mellitus (T2DM) and cardiovascular disease (CVD) remain unmet4,16,17. This article describes primary care utilisation by people with T2DM and CVD, and explores the role of CAM in this. Based on previous research1, it was anticipated that while GPs would be the most commonly used providers of chronic disease primary care regardless of location, people residing in rural and remote communities would report higher use of non-medical professionals for primary care.

The data reported here were collected as part of a multidisciplinary study exploring care-seeking, CAM, and self-management among people with T2DM and/or CVD (www.camelot.monash.edu). Ethics approval was obtained from the Monash University Human Research Ethics committee.

Between April and July 2010, a 71 item questionnaire consisting of five sections ('Getting information and use of health services'; 'Use of complementary and alternative medicine'; 'Health insurance'; 'Your health, lifestyle and preferences'; and 'About you') was distributed to 12 162 potential participants, with a web-link made available to an online survey version. Ten thousand hard copy questionnaires were sent to a random selection of National Diabetes Services Scheme (NDSS) registrants residing in Victoria, Australia; 672 were sent to Victorian Heart Support Australia (HSA) members. An additional 1490 hard-copy questionnaires were distributed via consumer and community-based organisations. Online responses were received from 376 participants, including 290 valid responses.

Questionnaires commenced with a consent statement; informed consent was assumed when participants returned their questionnaires. Respondents were aged 18 years or older, able to understand written English, and had been diagnosed with T2DM and/or CVD. While 3385 surveys were returned, 2915 valid survey responses (response rate = 23.97%) form the basis of this analyses. One participant was excluded due to not providing a postal code.

The ASGC class was determined using the online Queensland Health Workforce postcode search tool19. This yielded four ASGC classes, with the exception of 'Very remote'; this reflects the population distribution of the state Victoria, where even the most remote communities are within several hours drive of secondary health services and very few communities are classified 'Remote'. The dataset contained two respondents living in 'remote' regions.

Almost two-thirds of the sample (n=1741, 59.2%) resided in major cities (n=956, 32.6% inner regional; n=215, 7.4% outer regional; n=2, 0.1% remote). Demographic characteristics are shown by geographic location (Table 1). Due to small participant numbers in this group, the two remote respondents were re-classified as 'Outer regional' for the purposes of analysis.

Outer regional respondents reported the highest attendance at allied health practitioners, district or practice nurses, and CHCs (Table 2). While respondents reported low rates of consultation with diabetes-specific nursing professionals, those in the two regional groups reported slightly higher rates than those from Major cities. This may relate to two factors. First, CHCs are present in non-urban areas where there may be no other health services; they are staffed by, or have regular visits from, nursing and allied health professionals20. Second, they typically charge fees which reflect the socio-economic status of the population served and thus are affordable. In addition, the complex nature of nursing care in rural settings21 may mean that nursing professionals fulfil multiple roles, including providing diabetes-specific care.

Use of hospital services increased with decreasing rurality. This may reflect the location of particular facilities and providers in larger regional or metropolitan centres. Similarly, the majority (n=410) of people who consulted CAM providers were located in Major cities, with only 33 residing in an Outer regional area.

While use of GP clinics varied only subtly in relation to respondents' locality, the data indicated that increasing rurality was associated with less frequent use of these services (Table 3; χ2=17.147, p<0.05). Health service provision and issues of accessibility appeared to play an important role in shaping which providers respondents attended and, at least for GPs, their frequency of attendance.

Table 2: Reported use of primary care services in the past 12 months by location1,15,20

Table 3: Frequency of GP use by patients in metropolitan and rural areas

General practitioners were the most common providers of chronic disease primary care, with over 90% of respondents in each group reporting they had visited a GP at least once in the past 12 months. Like other research22,23, the present results found that Major city respondents consulted with their GPs significantly more often than those in regional areas. Therefore, it was unsurprising that people in Inner and Outer regional areas reported relatively higher rates of attendance at nursing and allied health professionals. This may also reflect the distribution of services such as CHCs across the state.

The data indicated that almost one-quarter (23%) of the total sample with T2DM or CVD had consulted CAM providers in the preceding 12 months. Rates varied subtly by location, with a greater proportion of people in Major cities and Inner regional areas reporting their use compared with people in Outer regional areas. This suggests that geographical location may limit access to particular services.

These results provide insight into the rural people's patterns of primary care service usage when managing T2DM and/or CVD. Faced with GP shortages and limited accessibility, rural people living with these chronic conditions may instead use other primary care services. Of course, the models of care available in any community play an important role in usage, but it was not possible to determine from the data whether regional respondents consulted nursing and allied health professionals as a matter of choice or because access to GP care was limited. The five dimensions of access described by Penchansky and Thomas24, which elucidate social, economic, geographic and structural factors affecting use of health services, may be important here.

Future research is required to understand whether the trends identified extend to more remote parts of Australia. The research was limited by the absence of data regarding the frequency of patient visits to nurses, allied health professionals and hospitals. The low response rate suggests that the findings reported here may be characteristic only of particular sub-groups and thus may not be generalizable to all Victorians with T2DM or CVD.

Issues related to access to care may importantly influence the engagement of primary care services by people with T2DM and CVD in terms of both services consulted and frequency of consultation. These findings suggest the importance of the availability or non-GP primary care services in non-urban areas and have important implications for the provision of collaborative chronic disease management in Australia.

This article reported one aspect of a larger research project (the CAMELOT Study) supported by a project grant from the National Health and Medical Research Council (grant number: 491171). The authors gratefully acknowledge the contribution of the CAMELOT research team in the design and implementation of the broader project: Brian Oldenburg, Vivian Lin, Maximilian de Courten and Bruce Hollingsworth. The authors also extend their gratitude to the collaborating organisations: Diabetes Australia, Diabetes Australia - Victoria, the National Diabetes Services Scheme, and Heart Support Australia for their assistance in recruiting respondents.

22. Britt H, Miller GC, Valenti L. 'It's different in the bush': a comparison of general practice activity in metropolitan and rural areas of Australia 1998-2000: BEACH Study. Cat no GEP 6. Canberra, ACT: University of Sydney and the Australian Institute of Health and Welfare, 2001.

This PDF has been produced for your convenience. Always refer to the live site https://www.rrh.org.au/journal/article/1795 for the Version of Record.