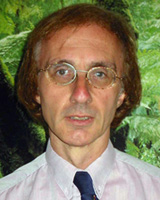 © Hedley Peach 2011 A licence to publish this material has been given to James Cook University, jcu.edu.au

Johnson and Blinkhorn recently published an evaluation of a rural placement just introduced into the final year of the dental course at the University of New South Wales, Australia1. It is hoped that the placement will encourage dental students to work in a rural area once qualified. After the placement the majority of students said they would consider working in a rural location, twice the number indicating this before the placement.

Johnson and Blinkhorn cite literature calling for longitudinal studies into whether rural placements do effect long-term job locations. However, they appear to be unaware that between 1995 and 2002 Melbourne University followed a cohort of 197 students undertaking a voluntary rural placement in the third year of the medical course into their intern years for that very reason2-4.

Among students taking at least part of their final year elective in Australia, those who had undertaken the third year placement, particularly women, were more likely to choose a non-capital city than other students3. This augured well for the uptake of regional internships.

Disappointingly the proportion of Australian students having completed the placement who undertook internships in a regional or outer Melbourne hospital did not differ significantly from that of other students4. That was despite students who had undertaken the placement having significantly higher marks throughout their course than other students and being well placed to obtain their preferred internships.

A retrospective cohort study of doctors who had held internships in Victoria between 1989 and 1997 found that having held internships at a regional hospital was associated with practicing as a GP outside metropolitan areas on completion of postgraduate training5. It is unlikely that the placement would influence later career choices having not influenced the choice of internships.

In 2001 Melbourne University established a School of Rural Health to address the rural workforce crisis. Whether it does or not remains to be seen. However, students from a rural clinical school in Queensland were more likely to choose internships at regional hospitals6.

Melbourne University did not introduce rural placements in 1995 solely to attract medical graduates to rural practice. Irrespective of the influence of rural placements on job location after graduation, it must not be forgotten that they provide students with an opportunity to understand the issues and meanings associated with living and working in different parts of Australia at first hand.

This PDF has been produced for your convenience. Always refer to the live site https://www.rrh.org.au/journal/article/1844 for the Version of Record.