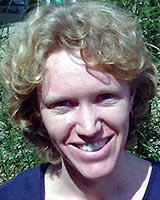 Introduction: The number of GPs providing procedural services in rural areas is declining; however, few studies have investigated issues directly relevant to recently qualified doctors. Limited published data and anecdotal reports in Australia suggest that a large proportion of doctors leave rural procedural practice soon after training. This study aimed to: (1) describe where GPs practice in the 5 years after advanced rural skills training; (2) describe the proportion of doctors using their advanced skills; (3) measure doctors' ratings of the quality of support and how critical the year directly following training is in future career choices; and (4) measure the association between support and use of advanced skills.
Method: A cross-sectional, postal survey was undertaken of doctors who had completed advanced rural skills training in Queensland between 1995 and June 2009. Data were collected on a three-page, structured questionnaire. General practice colleges, the three Queensland regional training providers and one national training provider were approached in order to identify and mail questionnaires to eligible doctors. Descriptive statistics were prepared for practice history information, and attitudinal ratings. A χ2 test was used to analyse the association between support and use of skills.
Results: Sixty-one completed questionnaires were returned resulting in an unadjusted response rate of 51.7%. Respondents had completed a range of training posts: obstetrics and gynaecology (37.7%), anaesthetics (18%), anaesthetics and obstetrics and gynaecology (11.5%) and Aboriginal and Torres Strait Islander health (11.5%). Thirty-nine respondents (63.9%) were using skills related to their advanced training at the time of the study. In the first 5 years after training, the percentage of doctors using their advanced rural skills decreased from 75.4% to 61.1%. The year directly following advanced training was rated as 'critical' or 'very critical' in their future career choices by 68.9% of respondents. However, ratings of the quality of support received in that year were varied, with 21.4% reporting 'very poor' support. There was a statistically significant association between ratings of support in the year directly following training and the use of skills 3 years after training (χ2 = 8.715, df = 2, p = 0.013).
Conclusions: This study has shown that while the majority of doctors are using skills related to their advanced rural skills training, there is room for improvement through training and career planning support, extending formal support mechanisms into the first year after training, improving opportunities to use advanced skills and improving systems to re-engage doctors into procedural practice.

The provision of procedural services by general practitioners (GPs) and hospital-based generalist doctors has been and remains an essential component of medical service delivery in rural and remote Australia1,2. However the number of rural GPs offering procedural services and the complexity of these services has been in gradual decline over the last three decades1-5. The reasons for this decline are multiple and include: increasing specialisation, centralisation of services, inadequate caseload, staff shortages, access to and expense associated with continuing medical education and locum relief, credentialing processes, fear of litigation and insurance expenses, family and social considerations and an ageing rural workforce1,5-7.

Few studies have looked at the issues directly relevant to recently qualified GPs, and how these impact on the use of procedural skills. Anecdotal reports in Australia suggest that a large proportion of doctors leave procedural practice soon after training, moving into either non-procedural rural general practice or undertaking alternative specialist training. A postal census of obstetrics-trained GPs in Victoria found that 31% had never been involved in procedural obstetric practice, 49% had previously provided procedural services, and only 20% were currently involved in procedural practice8. Experience has also suggested that if training is not immediately followed by a year of procedural consolidation with appropriate mentoring and support in a rural area, the risk of losing confidence and skills is high. There is concern that once doctors stop providing procedural services they are unlikely to recommence2.

Advanced Rural Skills Training (ARST) allows a general practice registrar or Rural Generalist to broaden their skills and capacity beyond the normal scope of general practice training. Advanced Rural Skills Training is also known as Advanced Specialised Training; however, for brevity the former term will be used throughout this article. The training may be procedurally based (allowing for credentialing within rural hospitals) such as anaesthetics, emergency medicine, obstetrics and gynaecology or surgery9. The skills may also be non-procedural, such as Aboriginal and Torres Strait Islander health, internal medicine, mental health, paediatrics, population health or remote practice9. An Advanced Specialised Training year is a required component of the Australian College of Rural and Remote Medicine (ACRRM) training program and an ARST post is an optional addition for the Royal Australian College of General Practitioners (RACGP) program3. These both involve 12 months in an accredited training post with additional curriculum content, experience and assessment that can be undertaken at various times within these training programs9.

With recent increases in ARST posts, increasing numbers of doctors joining the Rural Generalist Pathway (Queensland Health) and a continuing deficit of rural GPs, it is timely to investigate the outcomes of ARST. This project aimed to:

A cross-sectional, postal survey of all doctors who had completed ARST in Queensland between 1995 and June 2009, was designed. General practice colleges (RACGP and ACRRM), the three Queensland regional training providers and one national training provider were approached in order to identify eligible doctors. Data were collected on a three-page, structured questionnaire which was mailed either directly by the training providers or by the research team (where access to names and addresses of potential participants was provided). Questionnaires returned because of incorrect address were (where possible) re-addressed and posted by Health Workforce Queensland. One reminder questionnaire was sent to each eligible doctor approximately 2 weeks after the initial mailing. Two training providers declined to mail the questionnaires but did provide the number of their registrars who had completed ARST. An electronic version of the questionnaire was established and advertised in an RACGP newsletter to increase the response rate.

Location was coded using the Rural, Remote, Metropolitan Area (RRMA) seven-point classification system (www.aihw.gov.au). Attitudinal questions about quality of support and how critical the year directly following training is in future career choices, were rated on a five-point rating scale. Descriptive statistics were prepared for practice history information and attitudinal ratings. A χ2 test was used to analyse the association between support and use of skills. SPSS v17.0 software was used for data analysis (www.spss.com).

Information supplied by colleges and training providers indicated that 118 doctors were eligible to be included in the study. Sixty-one completed questionnaires were returned resulting in a response rate of 51.7%, unadjusted for those who did not receive a questionnaire.

Respondents had completed a range of procedural and non-procedural training posts and these are tabulated (Table 1). Some respondents (15, 24.6%) had completed two or more posts. The most common posts were: obstetrics and gynaecology (23, 37.7%), anaesthetics (11, 18%), the combination of anaesthetics and obstetrics and gynaecology (7, 11.5%) and Aboriginal and Torres Strait Islander health (7, 11.5%). Six respondents (9.9%) had or were currently undertaking training with another specialist college. This was generally, but not always, similar to their ARST.

Figure 1: Current use of skills within type of Advanced Rural Skills Training (ARST).

Practice history and use of advanced skills

There was a decreasing percentage of doctors using their advanced skills over the 5 years directly following training, with a large decrease at year one (Y1) and then gradual decreases from year three (Y3) (Fig3). In the first year after training 46 (75.4%) doctors used their skills (either regularly or occasionally), this remained steady at 45 (77.6%) in Y2 and then decreased to 35 (71.4%) in Y3, 27 (67.5%) in Y4 and 22 (61.1%) in Y5. In the first 5 years after ARST, eight respondents (13.1%) returned to procedural practice after ceasing practice for at least one year. In every case this coincided with a move to a more rural or remote setting. Among those with practice history for the full 5 years after training, 16 (44.4%) used their skills continuously, 15 (41.7%) used their skills in some but not all years, 5 (13.9%) never used their skills.

Ratings of the quality of support received in the year directly following ARST were not normally distributed. There were peaks at both 'very good support' (13, 23.2%) and 'very poor support' (12, 21.4%); however, almost half (26, 46.4%) rated the support they received as either 'good' or 'very good'.

There was a statistically significant association between ratings of support in the year directly following training and whether doctors were using their skills 3 years after training (χ2 = 8.715, df = 2, p = 0.013). Doctors were more likely to be using their advanced rural skills 3 years after training if they had reported 'good' or 'very good' support in the year directly following training, compared with those who reported poor support (Table 2).

Table 2: Rating of support in Y1 and use of Advanced Skills in year 3

This study has shown that almost two-thirds of GPs who have completed ARST in Queensland are currently using their advanced rural skills. This figure is much higher than that reported by Loy et al among obstetric-trained GPs8. However these studies are not directly comparable because of the inclusion of all ARST options (including non-procedural), differences in State healthcare systems and possible under-representation of those who have moved to metropolitan areas. However, both studies show a reduction in use of skills starting directly after training8. Overall the reduction in use of advanced rural skills in the first 5 years roughly matched the movement of the majority from public hospital practice into private general practice and remote flying practice. This pattern is reflective of the divide between public and private services in Queensland's healthcare system.

This study also confirms the critical nature of experiences in the year directly following ARST in future career decisions and use of advanced skills. It is concerning therefore that over one-third of trainees experienced 'very poor' or 'poor' support. Strategies to formalise or ensure support in this 'consolidation year' are needed to improve this situation, especially for procedural doctors.

One-quarter of recently qualified GPs did not use their skills in the year directly following training. Possible reasons include: lack of intention to practice, inadequate career planning, mismatch between practice type or location and ARST, timing of ARST within broader general practice training means skills cannot be used immediately. It seems essential that doctors receive support as a continuum before, during and after training.

Encouraging doctors to rejoin the procedural rural workforce has been suggested as a solution to current workforce shortages8,10. Findings from this study provide some hope that this is possible, especially among those recently qualified and with appropriate support and supervision. Systems to allow ongoing identification of doctors with ARST would be essential to enable this re-engagement and could possibly occur through an independent peer network or alumni, or through a collaborative arrangement between the RACGP and ACRRM. It would also allow monitoring of training outcomes, peer mentoring, provision of ongoing support and implementation of workforce strategies.

This study of outcomes from advanced rural skills training in Queensland has shown that the majority of GPs and Rural Generalists are using their advanced procedural and non-procedural skills. However, based on the experiences of recently qualified doctors, there is room for improvement using strategies such as:

This PDF has been produced for your convenience. Always refer to the live site https://www.rrh.org.au/journal/article/2159 for the Version of Record.