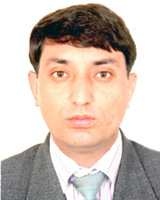 © Shams Ali Baig, Xinhua Xu, Rashid Khan 2012 A licence to publish this material has been given to James Cook University, jcu.edu.au

Introduction: In mid-July 2010 flash flooding in Pakistan destroyed the basic water, environmental sanitation and livelihood infrastructures in 82 districts. Two months later, the local press of Swat (northern Pakistan) reported that several residents of Marghazar town became ill and were hospitalized after drinking contaminated water. A non-governmental organization (Oxfam GB) team took action to determine the causes of this incident and analyzed the community drinking water supply.
Methods: Standard methods were used to analyze six physio-chemical and four microbiological water quality parameters at five selected sampling locations in the water supply system.
Results: The samples from sites numbers (SN)02, 03, 04 and 05 were found to be microbiologically unfit for drinking due to the presence of Escherichia coli, Shigella, Salmonella and Staphylococcus aureus (range 18-96 ± 14 cfu/100 mL). However, the pH, conductivity, total dissolved solid, total hardness as calcium carbonate and nitrate as NO3-2 of all the samples were within WHO permissible limits. Higher turbidities were recorded at SN04 and 05 of 6 ± 0.23 and 9 ± 1.23, respectively.
Conclusion: Quantitative results revealed the presence of pathogenic organisms and water quality risk factors due to the damaged water and environmental sanitation infrastructure. Continued water quality monitoring, the application of household based disinfectants, and healthy domestic hygiene practices are highly recommended in similar circumstances.

Contaminated drinking water is a major source of pathogenic organisms; the microbial pollution of a water supply presents a threat to human safety1,2. Pathogens are transmitted to water from the feces of warm blooded animals and some reptiles. The bacterium Escherichia Coli (E. coli) is a key fecal indicator organism for the presence of other pathogenic organisms in drinking water3,4.

Water contamination in Pakistan is of particular concern. Currently, almost half of Pakistan's population has no access to clean potable water5. Approximately 70% of Pakistan's surface and sub-surface water supply sources are not fit for drinking due to heavy organic, inorganic and biological contamination6,7. In recent years Pakistan has faced catastrophic natural disasters, notably the 2005 earthquake and 2010 floods. In the aftermath of the 2010 floods, the water quality monitoring reports of many organizations (Oxfam, Lasoona and Water Aid) indicated the presence of pathogenic organisms in drinking water in Swat (northern Pakistan).

The UK based humanitarian organization Oxfam intervened in northern Pakistan after the 2010 floods to rehabilitate the damaged community water and sanitation schemes. At that time the Pakistan Health Department had registered many gastrointestinal and diarrheal cases due to the destruction of the WASH (Water, Sanitation and Hygiene) infrastructures and the consequent threats to public health (Executive District Officer Swat; pers.comm; 2010).

The aims of this study were to: (i) assess damaged community water and sanitation systems in the priority area of concern during the 2010 emergency; and (ii) assess the drinking water quality by analyzing some important physio-chemical and biological parameters.

Districts affected by the 2010 flood, and the eastern rivers tributary system of Pakistan are shown (Fig1). District Swat was among the most severely affected areas. Marghazar town is located at the hub of Swat River and the Islampur Stream of Swat in northern Pakistan (Fig2). Because of its proximity to these rivers and its low lying topography, this town was severely affected by the 2010 floods and many houses, water and environmental sanitation infrastructure were washed away. Five sites were selected for water sampling and testing in the Marghazar town water supply system (Fig 2).

Total plate counts in the drinking water samples ranged from 18 to 96 ± 7 cfu/100 mL, whereas the WHO permissible limit is 0 cfu/100 mL per water sample in ideal conditions. Sample numbers 04 and 05 had higher plate counts of E. coli with 84 ± 3 and 96 ± 4 cfu, respectively. Similarly, in samples from SN02 and 03 large counts of E. coli were recorded: 18 ± 2.02 and 62 ± 2.43, respectively. Other coliform groups such as Shigella, Salmonella, Staphylococcus aureus were also present at all sampling sites except SN01, which indicated that all water samples from consumer points were highly contaminated (Table 1).

Selectively tested physio-chemical parameters (pH, turbidity, conductivity, TDS, total hardness as CaCO3 [mg/L] and nitrate as NO3-2 [mg/L]) at all the five sampling sites were within the WHO permissible limits, but turbidity at sampling sites SN04 and 05 was just above the standard and located 680 m from the water storage tank (WST; Table 2). Moreover, slight variations in physio-chemical parameters were recorded in Marghazar town main WST at SN01 to 05.

Microbiologically contaminated potable water has a direct effect on public health and poses a severe threat to human beings with continued usage. According to WHO more than 80% of communicable human diseases are water borne11. Water quality results of E. coli, Shigella, Salmonella and Staphylococcus aureus in Marghazar samples demonstrate the incident caused the intrusion of sewage water from the open drain sanitation system into the drinking water supply network. During the emergency this might have been a source of diseases such as typhoid fever, cholera, dysentery, food poisoning, gastroenteritis, diarrhea and ameobiasis14. Household visits revealed that health was not the householders' priority area of concern at the time of the emergency as they had other pressing needs. Consequently, people were not concerned about the poor quality of drinking water due to flood pollution.

Physio-chemical parameters were within permissible limits of WHO and US-EPA, except for turbidity. Turbidity was found to be higher towards the end of the water supply system (SN04 & 05) because silt containing sewage water had leaked from the joints of the water distribution line. Disinfectants, for example chlorine and ozone among others, cannot completely kill pathogens in drinking water containing turbidity2 as some microorganisms produce cysts to overcome the disinfection process15. Hence, the higher pathogen concentrations recorded in Marghazar town's WSS indicate a need for a treatment system that simultaneously removes both pathogenic organisms and turbidity. Mahmood Q et al and Baig et al have developed and experimentally tested household biosand with innovative adsorbent materials to remove both pathogens and turbidity6,7. This was pilot tested after the 2005 earthquake in the same geographical region. Implementation of the same household treatment in Marghazar town could have solved the water quality issue.

The water quality results suggested that the hospitalization of Marghazar town residents reported was due to their drinking contaminated water from an existing, damaged water supply system. Regular monitoring of drinking water quality and the promotion of hygienic household behavior during an emergency response is highly recommended.

11. WHO. Emerging Issues in water infectious diseases. Geneva: WHO, 2003b.

This PDF has been produced for your convenience. Always refer to the live site https://www.rrh.org.au/journal/article/2196 for the Version of Record.