A national study into the rural and remote pharmacist workforce 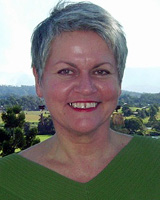 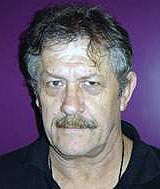 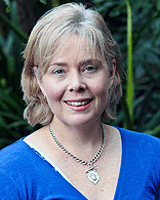 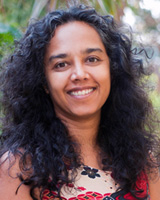 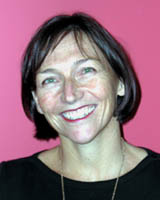 The majority of Australians reside in urban areas, with only one-third of the population (34%) residing in rural or remote regions1. Non-urban residents have been reported to have poorer health status than those living in urban areas2, and health status has been observed to decline with increasing remoteness1. Distance presents an enormous challenge to health-service providers in rural and remote Australia. Health professionals in such areas may be required to provide services to relatively small populations with significant healthcare needs, across large and diverse geographical regions3.

Past research has shown that pharmacists, like most other health professions, have been under-represented in rural and remote regions4. Data from 2006 reported that the national Australian pharmacist workforce comprised 15 539 pharmacists. The average age of the pharmacist workforce is 40 years, and the majority work in urban environments5. In addition, many remote communities are without a pharmacist, and rely on other health professionals such as the local general practitioner, registered nurse6, Aboriginal Health Worker or the Royal Flying Doctor Medical Chest7 for medication supply. Limited access to pharmacists and pharmacy services may be contributing to the health inequities experienced by rural and remote Australians.

The aim of this research was to explore and describe the current non-urban pharmacy workforce and to identify barriers and drivers to rural and remote pharmacy practice. The specific objectives of the study were to:

A mixed-methods approach was used, comprising a qualitative national consultation, a quantitative rural/remote pharmacist workforce survey and a literature review.

The aim of the national consultation process was to identify themes, barriers and facilitators relevant for rural and remote pharmacists to inform the development of the national survey.

Semi-structured interviews (n=83) and focus groups (n=15, 143 participants) were conducted throughout Australia in 2009. A convenience sample of participants was identified from a number of stakeholders with an interest in rural and remote pharmacy, practising rural/remote pharmacists, pharmacy academics, as well as representatives from peak pharmacy organisations. The research team identified potential participants. Snowball sampling was used to recruit further participants to the study to ensure a diverse range of views. The study was advertised in national pharmacy online and print media to further target potential participants. Interviews and focus groups followed a pre-defined interview schema and were conducted by members of the research team. The interviews and focus groups were digitally recorded and transcribed verbatim. Common themes were identified and collated by all members of the research team.

Rurality was defined using the Rural, Remote and Metropolitan (RRMA) classification9. Rural and remote practice was defined as all RRMA classes excluding class 1 (capital cities) and class 2 (other metropolitan); that is, RRMA classes 3-7. Although a pharmacy-specific geographical classification system, The Pharmacy Access/Remoteness Index of Australia (PhARIA)10, exists, this system classifies regional centres with more than 9 pharmacies in the same category as major metropolitan cities, irrespective of their geographical location or access to other facilities, and was therefore not considered suitable for this study.

Based on the findings of the qualitative work and the literature review, a 45-item survey was developed to further explore the relevance of the issues identified in the qualitative consultation. The survey comprised a combination of Likert scale questions, closed ended categorical questions and open-ended free-text questions. A five-point Likert scale was used to explore professional satisfaction (24 items) and personal satisfaction (11 items). Respondents were asked to indicate the extent of their agreement with these statements in relation to their current pharmacy practice. Items with mean scores of 4 and over, and an agreement level greater than 80% between like items, were classified as 'satisfiers'. Items with means scores less than 3, and agreement levels less than 35%, were seen as potential 'dis-satisfiers'. Agreement levels for satisfaction/dissatisfaction were determined by consensus within the research team.

Free-text responses were used to identify barriers and drivers for rural practice. The draft survey was piloted by 14 rural pharmacists and changes identified during piloting were incorporated into the final survey design.

The invitation to participate also included a link to an on-line version of the study to allow participants to elect the medium in which they completed the survey. A de-identified code was used to ensure that each participant only completed one survey, either paper-based or online. To increase the participation rate, the pharmacist survey was also advertised in electronic and print-based pharmacy media.

Data from the national survey was entered and analysed in Statistical Package for the Social Sciences (SPSS) version 19 (SPSS Inc; www.spss.com) . Data entry was double checked by an external person. Likert scale responses were analysed as linear variables11, and differences in mean scores between more-accessible (RRMA 1-3) and less-accessible (RRMA 4-7) respondents, and between hospital and community respondents, tested using t-test adjusted for non-equal variances to allow for disparate sample sizes. Free-text responses were collated and common themed by the research team to identify drivers and barriers.

The following main themes were identified from the qualitative process:

Issues associated with increases in the pharmacy workforce: Some concerns regarding a national oversupply of pharmacists were raised during the consultation process. Pharmacists working in remote areas were still experiencing pharmacist shortages; however, in regional and coastal areas the increased numbers of graduates appeared to be forcing new graduates out to rural areas. Pharmacists reported a positive impact on the availability of new staff, as well as on the opportunities to employ locum pharmacists.

Over 650 pharmacists participated in the Rural/remote Pharmacist Survey (n=652), giving a response rate of 23.4% (n=652/2783). The majority of participants (83.0%, n=541) completed the paper-based survey. Forty-eight responses contained inadequate data for analysis and were excluded, giving a final response from 604 participants.

Table 1: Respondents according to their RRMA classification

The majority of survey respondents were community pharmacists (65.7%, n=428/652) with just over 10% working as hospital pharmacists (11.4%, n=74/652). Surprisingly 12.5% of the sample identified their primary role was as a locum pharmacist (n=82/652). The remainder worked as a hospital pharmacy manager (3.4%,) as an academic (1.1%), as facilitator for either the Medication Management Review or for the National Prescribing Service, or in other areas of pharmacy practice.

Table 2: Proportion of time per week allocated to key
professional tasks (% weekly hours) according to sector

Professional satisfaction was measured by asking respondents (n=389-558) to indicate the extent of their agreement with 24 statements about their current pharmacy practice, on a five-point Likert-scale. Rural/remote pharmacists were generally found to be satisfied with their current role. The main 'satisfiers' were task variety, being appreciated by customers, ability to use advanced skills, appropriate remuneration, happiness in the work location, sound relationships with other pharmacists, a happy team and relationships with other health professionals (Table 3).

Table 3: Mean levels of satisfaction with aspects of current pharmacy practice
(n= 389-558) on a scale of 1-5 (1=strongly disagree, 5=strongly agree)

To ascertain the drivers for rural practice, survey respondents were asked to list, as a free-text response, the three major reasons they decided to practise outside a capital city. Responses were collated and common themed by the research team to identify drivers and barriers.

The main drivers to rural and remote pharmacy practice were overwhelmingly lifestyle and quality of life; rural background; business and job opportunities, as pharmacies were seen as more affordable; family reasons to meet partner's needs or to return their family to a rural region; professional satisfaction and relationships with customers and health professionals.

The main barriers to rural and remote pharmacy practice were an inability to achieve a better work-life balance, spouse employment, children's education, career advancement, workload demands, securing a higher income, conflict in the workplace, or dissatisfaction with current practice or rural life.

In the qualitative consultation, the impact of the national increases in the total number of pharmacists was an important consideration. Participants were aware of the rapid increase in the number of Australian pharmacy schools, and reported that the increased workforce was having a positive impact on the recruitment of pharmacists to most rural and regional areas. It was interesting to note that the establishment of regional pharmacy schools was seen an important contributor to the rural/remote pharmacist workforce. This was not for the training in rural/remote practice but the general assumption that rural background students attending regional pharmacy schools were more likely to practise in a rural or remote area once registered as a pharmacist. There is some evidence that students who train in a regional setting intend to work in a non-urban environment12; however, longitudinal tracking studies are needed to determine if this intention translates into practice. Rural background emerged as a key factor in determining whether or not a pharmacist chose rural or remote practice. Additionally, a substantive movement of rural pharmacists from one rural location to another was identified, but this shift was not being captured in the workforce data. Little is also known about the 40% of pharmacists who were not of a rural background, and further research is required for a richer understanding of these two issues.

Rural origin has previously been found to have a significant impact on retention of the health workforce13; therefore, finding more than half the sample with a substantial rural background adds support to the growing body of studies that rural background is associated with rural practice14-16.

Many of the barriers and drivers for rural or remote pharmacy practice identified in this study are similar to those frequently cited in the literature for other health professions. Medicine20, nursing21 and allied health22 have all identified barriers to rural/remote practice, including lack of access to continuing education and professional isolation. Although these may be common issues for many health professionals, solutions should be tailored to the individual profession, and pharmacy-specific strategies developed to encourage and support rural and remote pharmacy practice. Given the role differences between hospital and community pharmacy, sector-dependent strategies may also need to be considered.

Defining rurality remains problematic in the pharmacy context. In contrast to other health professions, which use the Australian Standard Geographical Classification for classifying rurality23, the PhARIA Index is used to define rurality for the purposes of government pharmacy initiatives. PhARIA takes the number of pharmacies into consideration in defining rurality, and as a result a number of regional centres and large rural towns have the same PhARIA classification as major capital cities. As government rural pharmacy funding and initiatives are PhARIA based, and generally define rural practice as PhARIAS 2-6, revision of the PhARIA system is desperately needed to ensure that pharmacists practising in large rural towns and regional centres are not disadvantaged by the classification system, as their needs and challenges are likely to be quite different from those of their urban counterparts.

This PDF has been produced for your convenience. Always refer to the live site https://www.rrh.org.au/journal/article/2214 for the Version of Record.