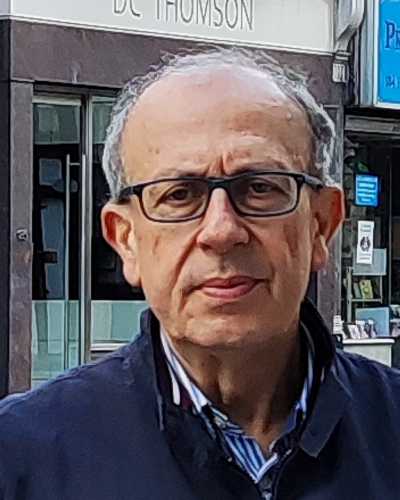 Introduction: There has not yet been an audit of achievement rates of therapeutic targets for cholesterol management in the rural Italian primary care setting. The purpose of this study was to measure the percentage of patients with hypercholesterolaemia in a rural primary care setting in southern Italy, classify their risk category and measure the proportions of those patients who achieved optimal cholesterol levels according to the Adult Treatment Panel III guidelines.
Methods: The audit was completed using records from 1 January 2005 to 31 December 2007. An electronic search key was entered into the electronic clinical records of 10 family doctors in a rural area of southern Italy for subjects with a diagnosis of or being treated for hypercholesterolaemia. A total of 194 hypercholesterolaemic patients were randomly selected from a cohort of patients registered with these family doctors. The low density lipoprotein cholesterol (LDL-C) target level was 100 mg/dL (2.6 mmol/L) in patients with existing cardiovascular disease, 130 mg/dL (3.3 mmol/L) for patients with ≥2 risk factors, and 160 mg/dL (4.1 mmol/L) for all other patients. The results regarding the efficacy of the therapy were categorised as follows: (1) on target, LDL-C lower or equal to levels of affiliated class; (2) poor control, 1-30 mg/dL (0.03-0.78 mmol/L) above the target level of LDL-C; (3) very poor control, ≥31 mg/dL (≥0.8 mmol/L) above the LDL-C target level.
Results: The average age of the hypercholesterolaemic patients included in the study was 62.0 ± 9.0 years; 55% were males, 30% were smokers, 71.3% suffered from hypertension, 46.3% had diabetes, 39.9% were obese and 31.9% had a family history of coronary disease. There were 114 subjects in Class I (personal history of coronary disease, cardiovascular risk ≥ 20, diabetes mellitus) LDL-C target level. Of these patients, 24.6% were at target, 30.7% had poor control and 44.7% had very poor control. A total of 42.3% of the subjects examined with the score system adopted by the Italian Heart Project showed levels of cardiovascular risk between 5% and 19% and were not eligible for a free prescription of lipid-lowering drugs.
Conclusions: These data suggest that cholesterol management in this rural area is not always optimal in patients with high cardiovascular risk. Italian healthcare regulation seems to be a barrier to drug prescription and it may influence optimal LDL-C control.

The correlation between the plasma level of low density lipoprotein cholesterol (LDL-C) and cardiovascular risk (CVR) has been proven by randomised controlled trials and observational studies1-4 .

The National Cholesterol Education Program Adult Treatment Panel (ATP) III and the new European guidelines on cardiovascular disease prevention have defined target values for LDL-C for cardiovascular disease prevention. The aim is to reach the targets using interventions that vary from lifestyle changes (including increased physical activity and changes in dietary habits) to pharmacological treatment. In general, the guidelines now consider there to be four classes of CVR and recommend that LDL-C levels be maintained below 100 mg/dL (2.6 mmol/L) in high-risk and moderate-risk patients. This goal is substantially lower than previous target levels, of 130 mg/dL (3.3 mmol/L) or below5-9.

In Italy, lipid-lowering therapy is prescribed to only one-third of eligible patients, and many patients do not reach optimal therapeutic targets on treatment10; the use of statins is one-fifth that of Norway, and it is the lowest rate among 13 European countries11. Walley et al11 propose that this low use may either reflect low coronary morbidity or a poor adherence to statins, which is worse in Italy than elsewhere in Europe. In Italy, there is a limitation on the use of statin prescriptions in primary prevention due to nota 13, which establishes the reimbursement paid by the National Health System (NHS) to only those patients with CVR ≥ 20 as rated according to the score system adopted by the Italian Heart Project12. No substantial audit of the quality of lipid management in general practice has yet been carried out in rural southern Italy.

The aim of this audit was to measure the percentage of patients with hypercholesterolaemia in a rural primary care setting in southern Italy, to classify their risk categories and to measure the proportion of those patients who achieved optimal cholesterol levels according to the ATP III guidelines.

The setting of this audit study was three practices in the rural area of Province of Caserta, Campania, southern Italy. Ten family doctors with approximately 12 000 total patients participated. Data were collected from the electronic lists of hypercholesterolaemic patients of these 10 family doctors (records dating from 1 January 2005 to 31 December 2007).

Variables evaluated were smoking habit (defined as >10 cigarettes/day), hypertension (antihypertensive therapy blood pressure on examination ≥140/90 mmHg), family history of coronary disease, high density lipoprotein cholesterol (HDL-C) <40 mg/dL (<1.03 mmol/L), diabetes mellitus and CVR ≥20. The new European Guidelines on cardiovascular disease prevention in clinical practice and the ATP III 2004 consider there to be four classes of risk7-9, but at the time of this study the Italian regulations for prescribing statins related to the 2002 ATP III guidelines, which considered only three classes of risk.

The target levels of LDL-C in these subjects were:

The effectiveness of lipid-lowering therapy was evaluated by comparing the lipid levels of subjects on therapy with the target levels. According to these data, the patients were then classified as:

CVR was calculated using the European guidelines (Systematic Coronary Risk Evaluation or SCORE), with reference to the Southern European population, adapted to the Italian population by the Italian Heart Project12-14.

The subjects' identities were protected, and no individual subjects could be identified from the data. A subject information sheet with simple straightforward information about the research was given to all the patients and doctors involved, and an informed consent form was signed by the participants.

This study does not involve collection of new data. The approval of the ethical committee was not required as this was neither an interventional nor an observational study on pharmacological treatment. The patients and the doctors involved encountered no harm because this was only an audit of patients with hypercholesterolaemia.

For these type of studies in Italy, a notification is only required by the Ethics Committees of participating centres, and the approval begins 60 days following the date of notification using the silence/consent procedure.

A total of 194 patients were included in the study. The average age was 62.0 ± 9.0 (range 25-80 years), and 55% were male. The basal features of the population are shown in Table 1. The average levels of total cholesterol, triglycerides, HDL-C and LDL-C at baseline and after usual treatment are reported in Table 2. The percentage of subjects at target, with poor control and very poor control of LDL-C in target class I is shown in Table 3.

Table 3: Number and percentages of study subjects at target, with poor control and with very
poor control of LDL-C before and after usual therapy with statins (class I of target) (n=114)

In this first audit of subjects with hypercholesterolaemia in an Italian rural area, the percentages of them at target, with poor control and very poor control in of LDL-C target level class I after 2 months of statin use were 24.6%, 30.7% and 44.7%, respectively. Although guideline recommendations focus more on the control of risk factors to prevent cardiovascular disease8,9, the poor aptitude in achieving these goals may vary based on family doctor or patient knowledge of and behaviour towards Italian economic plans and rules.

At the time of the study, patients with dyslipidaemia were referred to the specialist for their first statin prescription. While it was easy for citizens to reach the hospital, it was not the same for rural patients, so family doctors in the study area usually prescribed statins themselves. Perhaps this contributed to a higher number of patients reaching their target in that area.

This audit was not designed as a study of the efficacy of lipid-lowering treatments in achieving therapeutic targets according to the guidelines.

In Italy, lipid-lowering therapy is prescribed only to one-third of eligible patients, and many subjects do not reach their ideal therapeutic target on treatment10. The motivations behind this attitude are heterogeneous and related to physicians, patients and economic planners15,16. National guidelines and policies could also be major factors in this Italian phenomenon17. Raithatha and Smith18 speculated that people who could benefit from statins are not currently receiving them largely for economic reasons. In Italy, reimbursement for the statin therapy is regulated by the Unique Commission of Drugs (UCD).

Statins can be prescribed free of charge only to patients with CVR ≥20. The rules are very strict, and family doctors can be asked to personally reimburse the healthcare system in cases of 'inappropriate' prescriptions.

The authors did not find any published studies on the quality of lipid management in primary care either in the study area or in the Italian rural area. In this study, 24.6% of the patients were at target, 30.7% had poor control and 44.7% had very poor control in LDL-C target level class I. In a similar study carried out in an urban area of the Lombardy region (northern Italy) in 2003, the percentage of patients in each group in the same class of risk were 14.6%, 30.0% and 62.5%, respectively19.

Failure to meet the target may be due to poor knowledge of the ATP III guidelines19,20; fear by family doctors of greater side effects related to the increased daily dosage19 ; drugs not being free for some patients17,18; poor adherence to treatment caused by patient concerns and awareness18,21. It was not the aim of the study to analyse if any of these factors were associated with poor attainment of target levels. Future studies will be needed to evaluate which factors influence these outcomes. The authors concluded that family doctors had not focused on aggressive lipid lowering in patients at high risk, perhaps because of the limited knowledge of the need for modulating treatment19,20.

At the time of the study, family doctors referred patients with dyslipidaemia to specialists for the first statin drug prescription. Although it was easier for urban patients to go to a specialist and be managed by them, this was more difficult for rural patients. For this reason, family doctors in rural areas often prescribed statins themselves. Further studies have to be performed to assess whether that contributed to the achievement of better LDL-C cholesterol target levels in these rural areas.

According to the Italian regulations, statins are not free when prescribed to patients with a CVR ≤20, while the European guidelines (SCORE) advise treatment with statins in asymptomatic subjects with CVR ≥5, total cholesterol of 5 mmol/L (190 mg/dL) or LDL-C = 3 mmol/L (115 mg/dL) when lifestyle changes are not able to lower the risk13,14.

Strengths and limitations of the study

Only a small number of family doctors took part in the study, and generalisation outside of this setting is to be performed with caution. For blood test analyses, data were obtained from different laboratories, but they all used the same quality-assured standardised instruments. A strength of this study is the high rate of identification of cases with a routinely used electronic medical record, and the unique perspective on a rural practice setting.

ATP III guidelines on hypercholesterolaemia treatment are not successfully implemented by family doctors in the study area in rural southern Italy. An attempt by the authors to improve this situation will follow, with individual clinical audits and continuing medical education courses.

This study shows that patients with high cardiovascular risk may be under-treated in rural southern Italy. The reasons behind this phenomenon require further study. Italian healthcare regulation seems to be a barrier to receiving a lipid-lowering drug prescription, and this may influence LDL-C control. Therefore, a change in this strict policy would most likely be beneficial. Advances in patient education and motivation, possibly motivated by family doctors reading these findings, may help increase patient compliance to drugs and the lifestyle modifications.

17. Davide G. Italy: last position both in use of statins therapy and in the sensitivity of own coronary risk assessment chart. BMJ 2004, 20 February. (Online) 2004. Available: http://www.bmj.com/rapid-response/2011/10/30/italy-last-position-both-use-statins-therapy-and-sensitivity-own-coronary- (Accessed 15 May 2012).

20. Erhardt LR, Hobbs FD. A global survey of physicians' perceptions on cholesterol management: the From The Heart study. International Journal of Clinical Practice 2007; 61: 1078-1085.

This PDF has been produced for your convenience. Always refer to the live site https://www.rrh.org.au/journal/article/2225 for the Version of Record.