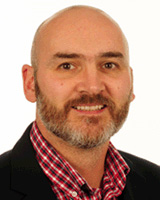 © Andrew Chapman, Alasdair Mort, Charles Bloe, Stephen J Leslie 2012 A licence to publish this material has been given to James Cook University, jcu.edu.au

We congratulate the authors on this paper and agree that despite the substantial evidence in favour of primary PCI (PPCI), there is an ongoing need for thrombolysis in a substantial proportion of patients where timely PCI is not available. While there is some confusion and variation in the literature and national guidelines, it would appear that PPCI does offer benefits over thrombolysis so long as the delay to PPCI does not exceed 2 hours.

In keeping with many other studies Krones et al demonstrated that hospital based thrombolysis is associated with not inconsiderable delays (door to needle). Furthermore, there were considerable transport times identified which is not uncommon in remote areas. These both contribute to the long symptom to thrombolysis time. Delays in initiation of therapy will reduce the effectiveness of thrombolysis in terms of reperfusion. While Krones et al acknowledge the potential benefits of pre-hospital thrombolysis (PHT), their plan for future study does not appear to include PHT. Despite the results of the GREAT trial2, in our experience relying on GP-initiated or hospital thrombolysis is problematic due to low confidence, infrequent exposure to STEMI patients, staff rotation, risk averse attitudes and the sometimes challenging attitudes to sharing decision-making with specialist nurses!

In our (remote) area of Scotland it can take a considerable period of time to transport some rural patients by ambulance to definitive care. Thus, the model we have employed locally is a mandated ECG transmission to a central CCU with telemetric decision support. 'In the field' practitioners (usually paramedics who only infrequently encounter STEMI patients) are supported in the decision-making by specialist nurses who have a much greater exposure to ECG interpretation and patients with STEMI.

In 2006/2007, only 7% of STEMI patients treated in our area received PHT delivered by paramedics; in 2012 this is now in the region of 85% of all eligible STEMIs. While this has not been easy, and involved considerable educational sessions, we believe that pursuing a GP and hospital-based delivery system would have not been so effective in our area.

We would urge all areas where PPCI can not be delivered within 2 hours to consider a system of mandated ECG transmission and nurse-led PHT decision support.

This PDF has been produced for your convenience. Always refer to the live site https://www.rrh.org.au/journal/article/2262 for the Version of Record.