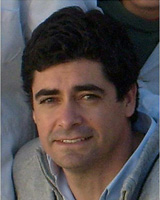 Diaz A, Tringler MF.  Prevalence of hypertension in rural populations from Ibero-America and the Caribbean. Rural and Remote Health 2014; 14: 2591. Available: www.rrh.org.au/journal/article/2591

© Alejandro Diaz, Matias F Tringler 2014 A licence to publish this material has been given to James Cook University, jcu.edu.au

Hypertension and cardiovascular risk factors are widespread in developing countries1,2, but little is known about cardiovascular risk profiles in rural communities from Ibero-America and the Caribbean. Ibero-America is a term used since the second half of the 19th century to refer collectively to the countries in the Americas that were formerly colonies of Spain or Portugal and in which Ibero-Romance languages are spoken3. Culturally Ibero-America is one of the largest language areas and culturally cohesive world. Ibero-America is composed of the following countries: Argentina, Brazil, Bolivia, Chile, Colombia, Costa Rica, Cuba, Dominican Republic, Ecuador, El Salvador, Guatemala, Honduras, México, Nicaragua, Panama, Paraguay, Peru, Puerto Rico, Portugal, Spain, Uruguay, and Venezuela4.

With an area of approximately 21 462 000 km2, Ibero-America represents about 15% of the global land area. The Ibero-American population accounts for 9.2% of the world population and is estimated at 712 974 000 inhabitants with a population density of 61.09 inhabitants/km2. Currently the life expectancy in Ibero-America is 75.4 years, an increase of more than 10 years in the past 30 years5.

In Latin America and the Caribbean, non-communicable diseases have an even greater impact on mortality and accounted for 73% of deaths and 76% of disability-adjusted life years in 20006. The hypertension prevalence estimates from the peer-reviewed literature range from 7% to 49%. These studies were primarily done in urban centers and are not evenly distributed throughout the region7,8. According to World Health Organization data, smoking rates average 30%; additionally, obesity and overweight vary from 40% to 72% in the region9.

'Rural population' usually refers to people living in rural areas as defined by national statistical offices. It is calculated as the difference between total population and urban population10. There is no single, universally preferred definition of 'rural area'. Rural definitions are used to identify rural population, places or healthcare providers11. Methods for defining 'rural' are based on geographic units that are sometimes combined with population or provider characteristics. But each country has its own definition of a rural area, which is typically based on identifying what does not fit a particular definition of an urban area. As a rough generalization, most countries form Ibero-America will classify as 'urban' any settlement of more than 1500-2000 people12. In Ibero-America and the Caribbean the rural population represents 27.4% of the total population4.

This study aimed to evaluate the peer-reviewed literature published from 1990 to 2012 on the prevalence of hypertension in rural populations from Ibero-America and the Caribbean.

A bibliographic search was conducted using MEDLINE (for international literature in the medical and biomedical areas), SCIELO and LILACS databases (for Latin American and Caribbean health sciences literature), supplemented by a manual search of bibliographies of retrieved articles using the following search terms in English, Spanish, and Portuguese: hypertension, blood pressure, high blood pressure, prevalence, rural population, cross sectional studies, Latin America, South America, Central America, Caribbean, and the names of all the countries from Ibero-America. The search was restricted to studies published from January 1990 to December 2012. Data were extracted following a standard protocol and using standard data collection forms and a checklist by a single reviewer. Variables extracted included year of survey, country of study, mean age of participants, sampling methods, sample size, devices and methods for preparation and measurement of blood pressure, definition(s) used for hypertension, and type of measuring device used.

Eligibility criteria for inclusion were: (1) rural population-based cross-sectional studies in which prevalence of hypertension (or data to calculate it) was reported; (2) studies with representative samples with more than 100 participants; (3) studies that included subjects aged 15 years and above; (3) hypertension condition defined as an average systolic blood pressure ≥140 mmHg or diastolic blood pressure ≥90 mmHg or use of antihypertensive medications1.

Studies were excluded if the participants were limited to special populations (elderly, pre-hypertensives or pediatric populations under 15 years), or if there were multiple reports of the same results. Also excluded were studies using non-JNC7 standards (140/90 mmHg)13 to avoid inconsistency of outcomes resulting from different blood pressure categories.

Crude prevalence of hypertension was calculated by dividing the number of all patients with hypertension in each study by the total of patients studied in each study. The result is expressed as a percentage. A formal meta-analysis was not conducted because of the heterogeneity in methods used and participants included. All continuous data were expressed as mean ± standard deviation. Comparison between groups was done using a χ2 test for discrete variables and student t-test for continuous variables.

The initial bibliographic search found 41 studies published between 1990 and 2012. Finally, 11 studies were excluded (three based on hospital populations, four that included participants less than 15 years in the analysis, two studies reporting a small sample size, and two using different definition of hypertension). A total of 30 peer-reviewed publications14-43 were identified that reported the prevalence of hypertension in 33 143 patients (60.5% were females). Country of origin, number of participants per study, sex, mean age, global prevalence of hypertension, and general characteristics of the sample are shown in Table 1. The number of participants per study ranged from 116 to 6024.

Table 1: Population-based studies on hypertension prevalence from rural Ibero-America and the Caribbean

Systolic isolated hypertension: The prevalence of isolated systolic hypertension was 24.4% (reported only in two studies).

Ibero-America is a heterogeneous region with wide economic, ethnic, and sociocultural diversity. The growing epidemic of high blood pressure and other chronic non-communicable diseases in association with economic crises represent a real threat to the economies of this region8. This analysis indicates that more than one-third of the Ibero-American rural population had hypertension. This is the first literature review about prevalence, awareness, treatment, and hypertension control in this special population.

The greatest prevalence of hypertension occurred in countries with established market economies and more elderly populations, such as Spain31-34, Portugal41,42 and Brazil19-23

Although there are methodological differences between urban and rural studies the prevalence of hypertension in rural populations is similar or lower than the regional prevalence reported in well-designed population-based studies reported in a recent analysis7. The degree of awareness and control of hypertension is very low in rural Ibero-America and the Caribbean, this being a widespread problem shared with those countries considered developed44.

The countries of Latin America and the Caribbean have the highest level of social inequality of any region of the world. Social inequality is reflected in inequalities in access to health care. The poor and those living in rural areas have less access to health care, which means they have less opportunity to receive treatment to control the risk factors of chronic diseases6,45.

In order to plan cardiovascular prevention strategies in rural areas from Ibero-America there is a need for better documentation of prevalence of hypertension and cardiovascular risk factors. In the past 10 years there has been a trend to increased health research in Latin America; however, it only accounts for 4% of publications compared with North America (26%) and Europe (42%)45. Insufficient funding sources, and underdeveloped research networks and infrastructure, are some limitations to conducting research and publish research in this region7,48.

This work has weaknesses that limit the ability to make direct comparisons between studies:

It is necessary to conduct well-designed studies with standardized methodologies to allow comparison between different regions within countries and between countries in order to establish health policies appropriate to each country and region.

Despite the relatively limited evidence base, it is clear that hypertension is a major public health problem in rural populations from Ibero-America and the Caribbean. The high prevalence of cardiovascular risk factors associated with a low degree of control of hypertension represents a short-term threat in these special populations. There is a need to identify barriers to treatment and good control of hypertension and how these could be reduced. There is an urgent need to focus the epidemiological research in these rural areas on the burden of non-communicable diseases and identify potential prevention strategies as strategies of intervention.

Special thanks to Miss Cecilia Alonso for reading and editing the manuscript.

19. Costa Matos A, Ladeia AM. Assessment of cardiovascular risk factors in a rural community in the Brazilian state of Bahia. Arquivos Brasileiros de Cardiología 2003; 81: 297-302.

This PDF has been produced for your convenience. Always refer to the live site https://www.rrh.org.au/journal/article/2591 for the Version of Record.