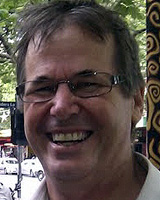 © Anne Stephens, Melissa Kaltner, William Liley 2014 A licence to publish this material has been given to James Cook University, jcu.edu.au

Introduction: A study examined the appropriateness and likelihood of usage of the north American Period of PURPLE Crying® intervention program in far north Queensland, to educate families about the risk of infant abusive head trauma (AHT)/shaken baby syndrome.
Methods: A mixed-method cross-sectional study with a questionnaire and semi-structured interview was conducted with 33 health professionals in far north Queensland (FNQ) to gauge their opinions of the Period of PURPLE Crying program's educational materials.
Results: Seventy per cent of participants were aware of infant AHT; 87.8% agreed the program would be appropriate for far north Queensland populations; 90% agreed that new parents/carers could learn new strategies to deal with inconsolable crying, and that men would be particularly advantaged.
Conclusions: In their present form, the educational materials of the Period of PURPLE Crying are appropriate for use. As such, the researchers intend to undertake a pilot implementation in FNQ.

Abusive head trauma (AHT) is a significant cause of infant death and morbidity and is described as both the most expensive injury to receive and the cheapest to prevent1. Lifelong morbidity is present in approximately 80% of cases2,3. Few Australian interventions target AHT prevention despite the high cost associated with AHT, and the incidence in Queensland is comparable with overseas data4-6. The incidence in Queensland is 29.6 cases per 100 000 infants aged 0-24 months for which hospital admission is required per annum7.

The Period of PURPLE Crying® (hereon known as PURPLE) early intervention is delivered around the time of the birth of a new infant3. Used in over 800 north American settings3, the program's validated materials are used with culturally diverse populations of north America8 and consist of a 10-minute DVD, booklet, and online support and education materials. Based upon the premise that frustration with a child's crying is a prime driver of AHT9, educating parents and carers on normal infant crying trends has been reported to change carers' responses to crying9, enhance caregiver skills and curtail frustration10. The PURPLE acronym represents common properties of infant crying (Fig1).

Evaluating the PURPLE materials for their suitability in rural and remote Australian contexts was the focus of this recent far north Queensland (FNQ) based scoping project. The regional centre, Cairns, is home to over 130 different language groups of people11 and the centre serves the remote and very remote communities of the Cape York Peninsula and Torres Strait Islands with an Aboriginal and/or Torres Strait Islander population of more than 67%12-14. Infants of Aboriginal and Torres Strait Islander descent have been reported to be up to three times more likely to experience an incidence of severe AHT compared to non-Indigenous children7, indicating a need for culturally sensitive intervention programs. An evaluation of PURPLE's suitability in FNQ is a valuable first step to the clinical application of the program in rural and remote Australia.

Figure 1: The meaning of each letter in the PURPLE acronym3.

Researchers sought to examine the suitability and likelihood of usage of the PURPLE intervention to garner the expert opinion and anecdotal experience of AHT within a sample of 33 consenting health professionals who would be likely to distribute the program if it were implemented within their health setting. Health practitioners included Indigenous health workers and Indigenous Community Control Health Service managers, general practitioners, general practice registrars training in rural settings, community and child health service providers, social workers, midwives and registered nurses/nurse practitioners. Participants were recruited by telephone, email or in person. Their professional opinion was sought in two domains:

The study collected responses using a mixed-method approach based on a 20-30-minute semi-structured interview and questionnaire. Interviewees were shown the 10-minute PURPLE DVD and booklet and the context of the intervention was explained. Participants rated the perceived value of varying aspects of the materials presented on a five-point Likert scale with an opportunity to make further comments as desired. The quantitative Likert scale responses were entered into an electronic spreadsheet and analysed using the Statistical Package for the Social Sciences v20 SPSS; http://www.spss.com). Descriptive analysis, focused upon frequencies, was undertaken for results from the Likert scale items. Qualitative comments were organised into key themes and compared. A consensus-driven approach was used where there were differences among the authors. Ethical approval from Queensland Health's Human Research Ethics Committee was obtained prior to study commencement.

As is evident in Table 1 all interviewees endorsed the suggestion that an intervention to help prevent infant AHT would be valuable. The level of self-reported awareness of infant AHT amongst interviewees was high (>70%) and 87.8% agreed that PURPLE would be an appropriate education program for populations in FNQ. More than 90% of the respondents agreed that new parents and carers would be likely to learn new strategies to deal with inconsolable crying, and that male care providers would be particularly advantaged by knowing the action steps to take when a baby's crying is frustrating (87.9%).

Interviewees' opinions were divided over whether the people on the DVD and published materials were representative of people in FNQ; however, when asked if new parents and carers would see themselves in the images/people presented, more than 78% of interviewees agreed or strongly agreed.

Among the multicultural population of FNQ, no particular group was seen as either identifying or being excluded by the images portrayed. Interviewees thought PURPLE would be beneficial for all potential users accessing family health services, including those in Cooktown (Cape York).

Thematic analysis of written comments revealed three predominant themes: remake the DVD with Indigenous actors/settings; use it in its present form; or facilitate the intervention with Indigenous peers. Fourteen people indicated that the program would be of more benefit if the associated DVD was remade in Australia featuring Australian Aboriginal and Torres Strait Islander people within settings that resembled the living conditions of people in urban and rural/remote communities. Ten respondents expressed the opinion that the materials in their present form would be appropriate to use with all ethnic groups, including Australian Aboriginal and Torres Strait Islander people. Sixteen participants supported use of the materials in their present form but indicated that they felt administration of the program required faciliation by a respected peer or health worker.

Excellent DVD. I don't believe that remaking the DVD for Indigenous patients would be of benefit. I feel it would be much better to have a health worker to sit in with the parents/couple to facilitate discussions/answer questions after the DVD, which is more culturally appropriate and can be modified to the local setting. (Participant 33)

The responsibility for implementing PURPLE would reside with health workers across the professional disciplines. One interviewee objected to the suggestion that the sole responsibility be given to general practitioners. Nurses, midwives, paediatricians, Indigenous health workers, mens' health coordinators, maternal care providers and nurse practitioners were all identified as suitable professionals to deliver the program.

Table 1: Perceptions of utility of Period of PURPLE Crying materials

AHT is a significant form of infant injury in Queensland and does not receive priority prevention program efforts. Health professionals interviewed regarded PURPLE as possessing utility for usage with parents of newborn infants in FNQ and a high level of endorsement for the introduction of the program in the rural, remote and regional populations of FNQ was evident.

The general perception amongst interviewees was that the PURPLE would be appropriate with the varied ethnic groups living in the region. While suggestions on considering remaking the materials to include Indigenous Australians were made, overall there was a high level of support for the use of the materials in the current form. The majority of participants indicated that they felt that with an appropriate health facilitator to deliver the education program, PURPLE would enhance parenting skills; that it is likely that new parents and carers would identify with the characters presented in the resources; and that male care providers would be particularly advantaged by learning soothing and self-calming strategies to use when a baby's crying is ongoing and apparently inconsolable.

Australian health professionals currently deliver a range of neonatal screening and preventative interventions including those related to sudden infant death syndrome, foetal alcohol syndrome and congenital and early developmental difficulty. Health professionals interviewed agreed that the PURPLE resources would complement their current health promotion activities. Despite the high levels of self-rated awareness amongst practitioners of AHT, a low-cost brief intervention is missing from the current suite of early childhood health and safety messages. Several participants requested copies of the resource to use in their own homes and for provision to extended families. One general practitioner (Participant 3) remarked, 'Where was this 22 years ago?'

Although the study provided support for the implementation of PURPLE in FNQ, limitations of the study reduce the ability to generalise the findings. Given that the primary authors have an interest in the AHT prevention area, response bias from any participants privy to this may have existed. Another limitation was the small sample size and the time allocation of the interviews. Several were completed within a half-hour timeframe, limiting time available for further conversation, which may have impacted upon participant opinions.

Researchers intend to undertake a pilot intervention. Key stakeholders and multiple service intervention deliverers in the region will be invited to participate. This will include engagement of representatives of local Indigenous populations to ensure cultural appropriateness and uptake of materials as suggested by participants in the scoping project. An evaluation strategy including incidence monitoring and prevention participant learning assessment will be undertaken to examine the efficacy of implementation. Rural practitioners might also consider the value of implementing this, or similar programs, in their own local communities and clinical contexts.

The authors would like to acknowledge the generous encouragement and support provided by Dr Ron Barr and not-for-profit non-government organisation the National Centre for Shaken Baby Syndrome (http://www.dontshake.org). The authors would also like to acknowledge the contribution to the design method and initial analysis of findings by Dr Reinhold Muller, Associate Professor of Epidemiology and Biostatistics, Anton Breinl Centre, James Cook University and Director: Tropical Health Solutions Pty Ltd.

This PDF has been produced for your convenience. Always refer to the live site https://www.rrh.org.au/journal/article/2603 for the Version of Record.