Prevalence of presbyopia in a rural African community 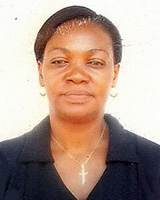 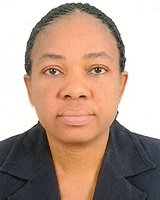 Introduction: When presbyopia (loss of accommodation of the crystalline lens with increasing age) sets in, doing near work becomes associated with headache and eye strain. Reading and writing become a challenge. Literacy levels may be low in rural communities; nevertheless some work other than reading, like sewing, sorting stone from grain and operating mobile phones, is done with dissatisfaction. This study aims to determine the prevalence of presbyopia, the unmet presbyopia need and the presbyopia correction coverage in a rural African community.
Methods: A population-based cross-sectional study was carried out in a rural population aged 35 years and greater, selected by cluster random sampling. Information was sought on biodata of the participants and they were subsequently examined. Distance visual acuity for each participant was determined. Anterior and posterior segments of the eyes were examined. Objective refraction with subjective refinement was done on all subjects with distant visual acuity less than 6/6. Near visual acuity was assessed at 40 cm with distant correction in place if required. Presbyopia was defined as inability to read N8 at 40 cm or requiring an addition of at least +1.00DS to improve near vision to at least N8. Questionnaires were administered to those identified as presbyopic on source of procurement of spectacles (if they had one) and on reasons for non-procurement of presbyopic spectacles. They were also asked to rate their difficulty with various listed near work. Data entry and analysis were done using Statistical Package for the Social Sciences v16.0 and Program for Epidemiologist v4.01 software.
Results: A total of 585 subjects (participation rate 81.1%) aged 35 years and greater were interviewed and examined. The prevalence of presbyopia was 63.4% (95% confidence interval (CI) 62.6-64.2%). There was increasing prevalence with increasing age. The met presbyopia need was 17.6%, unmet need was 45.8% and presbyopic correction coverage was 27.8%. The commonest reasons for not procuring presbyopic correction were 'not a priority' (21.5%) and 'cost' (21.2%).
Conclusions: The prevalence of presbyopia in this rural African community is high. Many who need presbyopic correction do not have corrective spectacles.

The World Health Organization estimates that 153 million people are blind or visually impaired from uncorrected refractive error1.This does not include the impairment of near vision from uncorrected presbyopia. Holden et al2, using multiple population-based surveys, estimated that 1.04 billion people globally have presbyopia. Population-based surveys from rural Tanzania3, South India4, Brazil5 and Iran6 recorded presbyopia prevalences of 62%, 55.3%, 54.7% and 58.2% respectively. The minimum age of the study subjects was not uniform in these studies.

Presbyopia is the loss of accommodation of the crystalline lens with increasing age. From early childhood the amplitude of accommodation is about 15 dioptres (D) and this continues to decrease progressively to about 1D by the age of 60 years. With failing accommodation, doing near work becomes associated with headache and eye strain. Reading and writing become a challenge. Even in rural communities, where literacy levels may be low, dissatisfaction occurs when presbyopia sets in7, because the condition affects near work like sewing, sorting rice and winnowing grain. Moreover, mobile phones are increasingly being used in rural communities, unmasking the need to address the presbyopia challenge there.

Previous studies from low- and middle-income countries7 suggest that more than half of adults aged 30 years and greater have presbyopia, with women being more affected both in prevalence and in severity. Most of these individuals do not have corrective spectacles. Education and literacy have been identified as important tools in achieving Millennium Development Goals8. With the emphasis on adult education and literacy, it becomes necessary to identify the level of presbyopia in the population with a view to developing refraction services to correct them. This study, therefore, aims to determine the prevalence of presbyopia, the unmet presbyopia need and the presbyopia correction coverage in a rural African community.

Enugu East Local Government Area is one of the 17 local government areas that make up Enugu state, south-eastern Nigeria. It has a population of 259 924. It is divided into four zones: Abakpa, Nike, Trans-Ekulu and Emene. Nike has a total population of 51 411, and it is mostly rural. The residents are predominantly subsistence farmers. Six villages make up Nike. A population based cross-sectional study was carried out between June and July 2010 in this community, located about 20 km away from Enugu, the capital city.

The cluster random sampling method with probability proportional to size was used. Eight study clusters were selected and 90 individuals aged 35 years and greater were enumerated from each cluster. A cluster is made up of several households demarcated by major footpaths. An enumerator from the community carried out the enumeration of the households and subjects after adequate training.

Pre-survey visits were made to the leaders of the communities to familiarise them and the community with the survey. They assigned a guide and an enumerator who worked with the research team.

Written informed consent was obtained from each participant prior to being interviewed and examined. The interviews and examinations took place in health centres in the communities that had them; otherwise, a classroom in the community's school was used. Two research assistants who were trained for the survey interviewed the participants using a questionnaire designed for the study. Information was sought on demographic data and subjects were then examined. Those identified as having presbyopia were asked further questions relating to where they procured their glasses from (if they had them) and barriers to obtaining presbyopic correction. They were asked to rate the difficulty they had with doing various listed near work on a scale with choices 'none', 'little', 'moderate' or 'great'.

One ophthalmologist (NJU) examined and refracted all the participants. Visual acuity (VA) with and without pinhole was tested using Snellen's chart at 6 m. Anterior segment examination was done with torch light and head loupe. The posterior segment was examined with a direct ophthalmoscope.

Refraction was carried out by streak retinoscopy on all subjects with VAs less than 6/6. The best corrected visual acuity (BCVA) was recorded. Near visual acuity was measured binocularly using the N notation illiterate E chart at a distance of 40 cm from the eyes. An inextensible string was attached to the near vision chart and the other end placed against the subject's forehead and held firmly to ensure a distance of 40 cm from the eye. Spherical plus lenses were added using increments of 0.25D until the patient could read N8. Subjects with VAs of 6/6 were assumed emmetropic and tested for near vision as described above.

Subjects with reduced vision that could not be improved by refraction and those with additional ocular pathology were referred to the tertiary eye care centres in the state. Simple ocular conditions like bacterial and allergic conjunctivitis were treated on site at no cost to the subjects. Reading glasses were given free of charge to those who needed them.

All data were cleaned, double-entered into the computer and analyzed using Statistical Package for the Social Sciences v16.0 (SPSS; http://www.spss.com) and Program for Epidemiologist v4.01 software (http://www.brixtonhealth.com/pepi4windows.html). Frequency and contingency tables were used to present the distribution of data. The χ2 test as a statistical test of significance was done for the discrete variables. Multivariate analysis in the form of logistic regression was used to predict the factors that are associated with presbyopia. All statistical calculations were done at the significance of p<0.05.

All individuals resident in the community aged 35 years and above were eligible to be enrolled.

Presbyopic: could not read the N8 optotype at 40 cm with the distance correction in place (if required). (N8 was chosen because it is the size of the local newspaper print.)

Functional presbyopia: need for a significant optical correction (≥ +1.00D) added to the presenting distance refractive correction to achieve a near visual acuity criterion of N8 print2.

Met presbyopia need (MPN): measure of dispersion of spectacles to correct those with presbyopia to see N8 or better binocularly10.

Ethics clearance was obtained from the Health Research Ethics Committee of University of Nigeria Teaching Hospital Enugu (approval numbers are not issued).

Of the 720 subjects enumerated, 585 took part in the study (81.1% participation rate). Eighty seven (12%) were not available on the examination days while 48 (7%) were not eligible based on exclusion criteria. No subject refused to participate.

The mean age (± standard deviation) of the subjects was 49 (±11.1) years. The age range was 35-99 years. Demographic characteristics are shown in Table 1. The majority were manual workers (277, 47.4%) and had little or no formal education (375, 64.1%). The prevalence of objective presbyopia was 63.4% (95%CI 62.6-64.2; Table 2). Prevalence of presbyopia increased with increasing age. The mean severity of presbyopia in dioptres was higher for females than males aged 35-54 years but this reverses for the age group 55 years and older. Logistic regression showed that occurrence of presbyopia was more likely as one gets older. Age was the most predictive factor and the associate was statistically significant (p<0.01; Table 3).

Of the 371 presbyopes, 103 had reading spectacles while 268 had none. This gives an MPN of 17.6%, UPN of 45.8% and presbyopia coverage of 27.8% (Table 4). There was a statistically significant difference in the gender, educational level and occupation of the subjects with MPN and those with UPN (p<0.01, 0.001 and 0.001 respectively). This is reflected in the presbyopia correction coverage. Thus the presbyopia coverage was higher for males than females, for those with tertiary or secondary education than primary or no formal education, and for skilled workers more than manual workers.

Among the presbyopic subjects who had spectacles, 47.6% obtained their spectacles from an eye clinic, 33% from an optical shop, while the rest (19.4%) obtained theirs from the market (19) or outreach (1).

Table 1: Distribution of sample according to baseline characteristics

Table 2: Prevalence of presbyopia by gender and age group

Table 5: Proportion of sample reporting difficulty with near visual tasks without previous spectacles

The presbyopic correction coverage, although low, is higher in males, skilled workers and those with some education. This is similar to the findings in Timor-Leste13. The major reasons for not purchasing spectacles were 'not a priority' and 'cost'. Some authors14 found 'lack of felt need' and 'awareness' to be the important barriers to having presbyopic correction in rural Andhra Pradesh, India. 'Lack of felt need' and 'not a priority' are somewhat similar. In rural China15 'concerns about poor quality of available correction' (33%) and 'lack of awareness' (29%) were the commonest reasons. In a rural setting where poverty abounds and feeding is a struggle, procuring presbyopic corrections is not rated a priority. The subjects do not realize that correcting their near vision impairment can increase their efficiency at doing near work (for example sewing and hairdressing). Their quality of life can also be improved by correction of their near vision impairment. Mobile phones are increasingly being used in rural communities in Nigeria and require good near vision to operate well. Articles of worship like hymn books are also widely used in these communities. There is a need to educate the people in these rural communities about the importance of correction of near visual impairment. Thereafter refraction services can be integrated into primary eye care in their communities. Affordable spectacles can then be made available to them.

A limitation of this study was that some of the participants were not sure of their date of birth. Historic events were used to estimate their age.

9. Chiroma M. Prevalence of presbyopia and the impact of uncorrected presbyopia on quality of life in rural Gwagwalda, Abuja. International Centre for Eye Health MSc Dissertation, 2008.

This PDF has been produced for your convenience. Always refer to the live site https://www.rrh.org.au/journal/article/2731 for the Version of Record.