Preliminary guidelines for the implementation of Community Based Rehabilitation (CBR) approaches in rural, remote and Indigenous communities in Australia 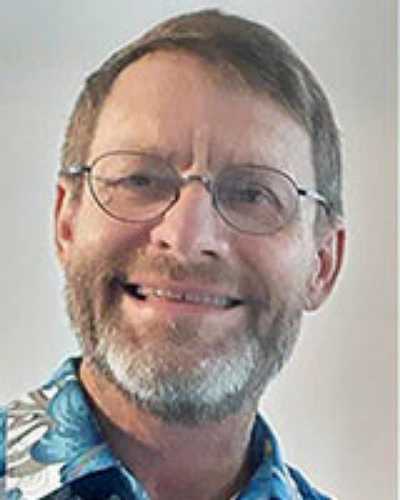 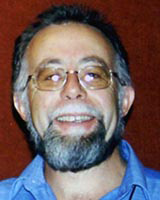 © Pim Kuipers, Owen Allen 2004 A licence to publish this material has been given to ARHEN, arhen.org.au

A forum of health professionals was held in Brisbane, Queensland, Australia, 30-31 August 2003, to discuss the relevance and potential of the Community Based Rehabilitation (CBR) model to rural, remote and Indigenous communities in Australia. The forum identified principles and guidelines for the development of CBR, which are presented here as a focus point for future discussion and action by people with disabilities, rural community members, Indigenous people, policy makers and health professionals. Forum members noted that while considerable strengths were evident in the CBR model, it has yet to make a significant impact on the service system in Australia. While recognising that the Australian context is quite different from many countries in which CBR has traditionally been implemented, they suggested that it may have particular application to remote, rural and Indigenous communities. To facilitate the principles of CBR in these communities, the forum called for recognition of the need for greater community involvement in disability services, the need to develop appropriate training frameworks, and the need to redirect resources to such community models. In keeping with the CBR philosophy, forum members noted that if the model is to be implemented effectively, substantial consumer and community involvement will be instrumental in future steps.

In Brisbane, Queensland, Australia, on 30-31 August 2003, 49 health professionals (allied health professionals, medical specialists, nurses, academics and health workers) met to discuss the relevance and potential of the Community Based Rehabilitation (CBR) model to rural, remote and Indigenous communities in Australia.

The forum was sponsored by Services for Australian Rural and Remote Allied Health (SARRAH) and the Centre of National Research on Disability and Rehabilitation Medicine (CONROD; The University of Queensland). Acknowledging the limitations of addressing such issues prior to community and consumer input, the CBR Forum sought to make a first step along this path by:

Governments of over 100 nations have now committed to the CBR model and its recently revised definition, which states that:


CBR is a strategy within general community development, for rehabilitation, equalization of opportunities and social inclusion of all children and adults with disabilities...CBR is implemented through the combined efforts of people with disabilities themselves, their families and communities, and the appropriate health, education, vocational and social services1.


Forum members noted that, as it is usually implemented, CBR seeks to empower and train local residents and people with disabilities to take on service delivery roles in the provision of independence. The forum recognised that this 'community oriented' perspective of rehabilitation has emerged in response to a variety of issues of concern. These include a questioning of the emphasis on high cost, high technology and institutional-based care, which only meets the needs of some; a recognition that the current rehabilitation infrastructure is inadequate in many contexts and that this is exacerbated by an unequal distribution of resources and staffing; and concerns that negative community attitudes and perceptions towards people with disabilities prevail. At a consumer level, this perspective has emerged parallel with a growing dissatisfaction with the existing hierarchical service system, and an increased awareness that there are many social determinants of health and wellbeing. In light of the relevance of these issues to rural, remote and Indigenous communities in Australia, forum members emphasised that the CBR model should have particular application here, and that efforts towards implementation should be actively progressed.

While the potential of the CBR model has been recognised by a number of Australian workers2-12, forum members noted that the CBR model has yet to make a significant impact on the service system in Australia. Based on this previous experience, forum members recognised that the translation of the CBR model to rural, remote and indigenous settings in Australia will not necessarily be simple or straightforward. For example, at a geographical level, Australian rural and remote communities are in some of the most sparsely populated areas on earth, whereas CBR is usually implemented in areas of considerable population density. At a cultural level, indigenous people in Australia have experienced a history of marginalisation and oppression. The direct implications and echoes of this profoundly influence the uptake, utilisation and success of any human service initiatives in indigenous communities. Third, at a professional level, firmly established models of rehabilitation service delivery may struggle to accommodate community oriented strategies, and an emphasis on professional roles and boundaries may hinder more generalist service provider models.

Principles of an Australian model of CBR

The forum emphasised the need for CBR to be understood in two complementary ways. First, CBR can be implemented as a distinct model of service delivery in new services. Second, CBR should also be understood as a philosophy, which can be fostered through supporting existing services to be more aligned with community priorities. Irrespective of the structures, some general principles for implementing CBR include:

Principle 1. CBR is a distinct service provision model that should be adopted by organisations, governments and researchers in Australia

Forum members identified a pressing need for the establishment of distinct CBR service initiatives in rural, remote and indigenous communities in Australia. To this end they suggested four guidelines:

Principle 2. CBR is a process and orientation to service delivery that should be further fostered and built on in rural, remote and Indigenous communities in Australia

The forum emphasised that in addition to the implementation of distinctive projects, CBR in Australia should also be expressed as efforts to enhance, shift or reorient existing services. CBR can be viewed as a set of philosophies and principles that can improve current approaches to rehabilitation and disability service delivery in rural, remote and Indigenous communities. Consequently, they suggested two guidelines:

While each of the items identified invite a number of questions, the forum identified the following areas as requiring further consideration to facilitate the implementation of CBR in rural remote and Indigenous Australia:

Participants recognised that these guidelines (arising from health professionals) are only a limited and partial step towards the implementation of CBR; however, they may provide a starting point for the more crucial community and consumer input into the process. The forum emphasised that there will be a need for consumers, local communities, service providers and other stakeholders in rural, remote and Indigenous communities in Australia to influence this agenda, through local systems of implementation based on broad consultation. This can be supported by: (i) a multidimensional development approach, that includes change at systems and organisational levels; (ii) appropriate intermediate level and professional training on community working; and (iii) conceptual, policy and financial support from Commonwealth and state governments.

The CBR Forum acknowledges CONROD (www.uq.edu.au/conrod) for its financial sponsorship of the forum.

This PDF has been produced for your convenience. Always refer to the live site https://www.rrh.org.au/journal/article/291 for the Version of Record.