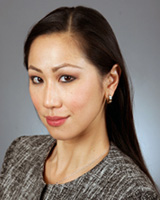 © Yulin Hswen, John A Naslund, David S Bickham 2014 A licence to publish this material has been given to James Cook University, jcu.edu.au

Introduction: Native American children experience greater disparities in the number and magnitude of health-related diseases than White children. Multimedia-based health interventions may afford valuable opportunities for reaching this underserved demographic; however, limited data are available describing the use of media technologies among Native Americans. This study characterized diverse media access and use between rural Native American and White children.
Methods: Surveys were administered to students (n=477) aged 10-15 years in grades 6-8 across four public middle schools in the rural Upper Peninsula of the Midwestern USA state of Michigan.
Results: Native American children (n=41) were more likely than White children (n=436) to have a video game system in their bedroom (65.9% vs 45.4%; p=0.01) and watch more minutes of television on Saturdays (110.3±91.7 vs 80.7±80.8; p=0.03). Native American children also had fewer computers within the home (1.20±0.81 vs 1.68±1.21; p=0.01) than White children and less household internet access (75.6% vs 87.1%; p=0.04), but demonstrated more use in minutes after school (79.9±97.9 vs 51.1±71.6; p=0.02) and on Saturdays (92.6±107.4 vs 60.0±85.1; p=0.02).
Conclusions: This represents the first cross-cultural comparison of media access and use between Native American and White children from rural Michigan. Greater computer and internet use observed among the Native American children surveyed in this study supports the use of web-based public health initiatives aimed at reducing health disparities within this vulnerable group.

Compared to other minority groups in the USA, Native American children experience the highest disparities from White children in both the number and magnitude of health-related diseases1. Multimedia-based health interventions, delivered through platforms such as the internet or video games, afford valuable opportunities for reaching Native American children, given that such approaches can overcome geographic barriers and have emerged as effective for targeting other underserved minority groups2,3. Web-based interventions, for example, are not only cost-effective but have demonstrated high acceptance among youth, given that they can be tailored to each individual's needs and can incorporate interactive features4,5. Despite the promise of media technologies, success of these interventions is dependent upon the target audience using the medium that is delivering the message. To date, however, there have been limited data describing media access and use among Native American youth. Even widely available population reports of children's media use commissioned by the US Government6, or from the Pew Research Center7 or the Kaiser Foundation8 have included few if any details regarding rates of media use among Native Americans.

To the authors' knowledge, there is only one prior report describing media use in Native American youth, which included a sample of urban and rural youth aged 13-21 from the Pacific Northwest region9. The objective of the current study was to expand on this prior work by characterizing media access and use among rural Native American children and to compare rates of media use with White children residing in the same rural area. Given the extensive diversity that exists between Native American groups10, findings regarding media use in one geographic region may not be consistent or applicable to Native Americans from other regions9. In this cross-sectional study, all the children surveyed were from the rural Upper Peninsula of Michigan, a Midwestern region where Native American culture and customs differ considerably from those in other regions of the USA11. Further, this represents the first direct cross-cultural comparison of media use between Native American and non-Native American children, which will help to guide the development or adaptation of existing multimedia-based health interventions specifically targeting this at-risk group.

Survey data were collected as part of a larger evaluation trial of a media reduction intervention across four public middle schools in the rural Upper Peninsula of Michigan12. This report presents secondary analyses of the baseline data collected within the larger trial. Parental consent was obtained for all students.

Participants reported their personal media access by indicating whether they owned each media device (television, video game system, and/or computer) and whether each of these devices were situated within their bedroom. Household media access was assessed by the total number of each of these devices participants reported being located within their home. Media exposure was measured by self-reported use 'after school' and 'Saturday'. Participants estimated on an 8-point scale the amount of time (1=none, 2=15 minutes, 3=30 minutes, 4=1 hour, 5=2 hours, 6=3 hours, 7=4 hours, 8=5 hours or greater) they spent using each of the following types of media: television, video game systems, and computer/internet. Differences in media ownership and use between Native American and White children were compared by χ² and t-tests. Significance was set at p≤0.05.

Of the 622 survey respondents, the 477 who reported their race to be White (n=436) or Native American (n=41) were included in this study. This final sample included students in grades 6-8, aged 10-15 years (mean (M)=12.7; standard deviation (SD)=0.91), and had an approximately even distribution of boys and girls (49.6% female). In regards to differences in personal access to media devices (Table 1), Native Americans were more likely to have a video game system in their bedroom (65.9%) than were Whites (45.4%; p=0.04). No between-group differences were observed for television or computer access in the bedroom or personal ownership of handheld video games.

White households had more internet access (87% vs 66%; p=0.04) and had greater computer ownership (1.68 computers vs 1.20 computers; p=0.01) than Native American households. No differences were observed for the number of household televisions or video game systems owned between groups. Time spent using computers to access the internet was higher among Native American than among White children after school (79.8 min vs 51.0 min; p=0.02) and on Saturdays (92.4 min vs 60.0 min; p=0.02). On Saturdays, Native American children watched more television than White children (110.2 min vs 80.7 min; p=0.03).

Table 1: Demographics, internet access, and household and personal media access
and use in Native American compared to White children from rural Michigan

Prior reports have found that Native American adults13 as well as youth9 use diverse media, including the internet, at equivalent or higher rates than the US national average. A recent study of First Nations youth in Ontario, Canada, similarly found elevated rates of television and video game use14. The current study expands on these findings and is the first to demonstrate that within a sample of school children aged 10-15 years from the rural Upper Peninsula of Michigan, Native American children use computers to access the internet more often than their White counterparts. Interestingly, this greater use comes despite significantly lower home access, a finding that may be attributable to the social and economic disparities affecting Native American communities15. Additionally, it is possible that the elevated rates of internet use on weekdays and Saturdays, and television use on Saturdays only, among Native American children may be reflective of their home environment16 or residing in neighborhoods with poor social conditions17. For example, research has shown that children use more media when they model the behaviors of parents or siblings, if household rules or restrictions on media use are inconsistent or absent altogether, and when there are inadequate opportunities for safe outdoor play in their neighborhoods16. The lack of differences observed between groups with regards to access to televisions and handheld video games could be explained by the fact that these devices are older, resulting in greater downstream uptake within lower income populations such as Native Americans.

Consistent with Rushing et al's9 prior work, the findings from the present study suggest that current media, such as the internet, is central to daily life among Native American children who have access to computers. This reinforces the notion that these types of media may represent valuable mechanisms for delivering health-based interventions to this population. While there are a small number of web-based efforts available that target health behaviors among Native American youth3,4,18, the results from this study suggest that these efforts could be continued and expanded to even younger individuals. However, such an expansion would need to be accompanied by an effort to increase access in order to maximize the impact of the programs. This is particularly important given that communities with less access to current media technologies are also at a larger disadvantage than communities with higher access when it comes to important social outcomes such as obtaining better education, employment, and civic participation15.

By highlighting that a variety of media technologies are relevant to Native American children residing in rural Michigan, this study contributes to a limited body of research in this area and further provides emphasis for the need to conduct rigorous evaluation studies in order to determine the impact and effectiveness of culturally tailored multimedia-based health interventions for use in this population group. As public health officials and researchers work to reduce health disparities within this population, they should consider adapting web-based programs targeting relevant health behaviors with Native American-specific cultural attributes5,9 in order to appeal to the needs and interests of these underserved youth.

This PDF has been produced for your convenience. Always refer to the live site https://www.rrh.org.au/journal/article/2922 for the Version of Record.