Exploration of factors influencing initiation and continuation of breastfeeding among Hispanic women living in rural settings: a multi-methods study 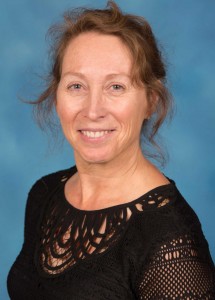 © Ashish Joshi, Kate Trout, Trina Aguirre, Susan Wilhelm 2014 A licence to publish this material has been given to James Cook University, jcu.edu.au

Introduction: Healthy People 2020 has the important goal of increasing the number of breastfed babies in the USA. The purpose of this pilot study was to explore factors that influence breastfeeding initiation and continuation among Hispanic women living in rural settings. Further, the objective of this study was to develop a framework for an educational breastfeeding program to meet the needs of Hispanic women living in rural settings.
Methods: A convenience sample of 12 Hispanic women, age 19 years or older, was enrolled from the Regional West Medical Center, Scottsbluff, a rural setting in Nebraska, during October 2012. A multimethod approach was used to gather both quantitative and qualitative data. Two focus groups were conducted to collect qualitative data, and various quantitative variables included study population characteristics, Breastfeeding Self-efficacy Scale Short Form (BSES-SF) and Breastfeeding Attrition Prediction Tool (BAPT).
Results: The majority of the mothers did not take prenatal breastfeeding classes and did not intend to (83%, n=10). Half of the participants decided at the time they were pregnant to breastfeed their children. The most common factors for deciding to breastfeed were the perceived benefits for the health of the baby, and family influence. The average BSES-SF score was 55 (s=12), with the scores ranging from 36 to 67. BAPT results indicated an above-average intention to breastfeed with an average of 31 (standard deviation 4). Results of the focus group, BSES-SF and BAPT helped to develop submodules such as breastfeeding initiation, feeding cues, nutrition for breastfeeding mother and cost-effectiveness of breastfeeding.
Conclusions: The study describes the factors that impact on breastfeeding practices among Hispanic rural women. Further, assessment of BSES and BAPT scales facilitate the development of the breastfeeding educational content. The study highlights the importance of behavioral and cultural factors that might be essential to increase adoption of breastfeeding among Hispanic rural women.

The purpose of this pilot study was to explore factors that influence breastfeeding initiation and continuation among Hispanic women living in rural settings.

A convenience sample of 12 Hispanic women, age 19 years or older, was enrolled from the Regional West Medical Center, Scottsbluff, a rural setting in Nebraska, during October 2012. Two focus groups of six individuals, with sessions lasting for one to two hours each were conducted20. Individuals were excluded if they were not of Hispanic origin. A multimethod approach was used to gather both quantitative and qualitative data. All questionnaires were in Spanish and English, and a certified Spanish translator was present to assist participants.

The qualitative data included a series of open-ended questions about (i) decisions to breastfeed, (ii) challenges of breastfeeding, (iii) timing of breastfeeding, (iv) benefits of breastfeeding, and (v) overall experience with breastfeeding. The focus group questions were developed on the basis of Predicting and Changing Behavior Theory (PCBT)25. The sessions were moderated by a certified Spanish translator and were audio recorded. The recordings were transcribed into written format, and translated into English when appropriate. Each study participant was given a $50 gift card.

For the quantitative portion, descriptive analysis was performed using univariate statistics to report means and standard deviations for the continuous variables and frequency distributions for the categorical variables. The open-ended questions were analyzed in order to identify themes and their relationships as they emerged from the data. The audio files were listened to and the notes were transcribed to quotes. Framework analysis approach was employed, using thematic analysis, charting and indexing, which provided the flexibility to explore the meaning of narrative data while following a rigorous methodology. All data were analyzed using Statistical Analysis Software v9.1 (SAS Institute, www.sas.com).

The Institutional Review Board (IRB) at the University of Nebraska Medical Center approved this study (IRB protocol #430-12-EP).

II. Challenges of breastfeeding: The most common discomforts of breastfeeding reported were sore nipples (92%, n=11), severe engorgement (58%, n=7), and plugged ducts (50%, n=6). One mother stated 'I first started, my nipples were very sore and my baby had a time latching on, but once the soreness went away it was fine.' Twenty-five percent (n=3) reported supplementing water along with breast milk, or giving some other supplement. However, less than half reported problems with breastfeeding (42%, n=5). The reported reasons for discontinuing breastfeeding are summarized in Table 2. One mother stated, 'After 3 months of fighting with latching, I gave him the bottle.'

Family interference was identified as a problem, a very important issue as one mother stated, and 'I wasn't producing enough milk so my grandma would make my son herbal teas.' The majority received help from their mothers to continue breastfeeding (67%, n=8). Other influential figures for breastfeeding continuation are summarized in Table 2. On average, solid foods were introduced in the baby's diet at 5.8 months (SD=2.9), ranging from 3 to 12 months. Fruits and cereal were the most common foods introduced (50%, n=4, each), followed by baby food and vegetables (37%, n=3, each).

III. Timing of breastfeeding: The results showed that the main problems throughout the first weeks of breastfeeding included latching on and milk production. One mother had problems remembering the doctor's instructions, 'I was alone and to position the baby I couldn't remember the doctor's instructions so I could not get him positioned just right.' Other problems reported at different stages after giving birth are reported in Table 3.

Table 2: Summary of most important challenges faced while breastfeeding

Table 3: Problems identified by mothers in different stages of breastfeeding

IV. Benefits of breastfeeding: The most common benefit of breastfeeding perceived by the participants was the health of the child (83%, n=10). Less than half perceived benefit to mother's health (42%, n=5), including losing weight acquired during pregnancy (33%, n=4), re-establishing a regular menstrual cycle (33%, n=4), and bonding between mother and baby (33%, n=4). Another benefit reported was that breastfeeding is a cheaper option than formula supplementation or baby foods (17%, n=2). Table 2 summarizes the most important factors perceived by the mothers among various themes.

V. Overall experience with breastfeeding: Participants were asked to share their experience with breastfeeding. The most common themes that emerged included benefits to the baby (33%, n=4) and overall greater satisfaction. One mother stated, 'I threw in the towel when my oldest one got jaundice and it stressed me out because I thought she wasn't getting enough nutrients.' Another mother declared that '[...] I felt good to know that I was giving my kids the best ... [the milk] comes from me and I know what I ate and what I consume, versus giving them something that who knows where it came from and what it is made of...' The results of the study showed that benefits to the baby and family influence can play a pivotal role in helping participants whether they want to breastfeed or not.

The study results were similar to previous research that identified familial and cultural issues for breastfeeding practices, and the perceptions of general social disapproval28. The results have shown that the majority of the participants considered their mothers to be the most important help in continuing breastfeeding, similar to the results of a study done in urban Hispanic women29. Mothers should be presented with relevant information about the advantages of breastfeeding to improve the health of mother and child. Four participants (33%) had BSES-SF scores of 50 or less. Prior studies have shown that lower BSES-SF scores help identify mothers at high risk for early discontinuation of breastfeeding21,30,31. BAPT results indicated an above-average intention to breastfeed (average 30.5, SD=4.3), which is consistent with a previous study that reported similar results in a sample of 143 Hispanic mothers24.

Among Hispanic rural mothers, early introduction of solid foods or formula, eventually substituting breast milk, is an important issue. Two out of the 12 mothers had introduced solid foods before 6 months. High priority should be given to educating them on related health risks to their babies. Previous research has shown that solid foods introduced before 4 months of age was associated with a sixfold increase in obesity at 3 years of age32; and one study established that early exposure to formula is a risk factor for the development of childhood type 1 diabetes33. Family interference was identified by mothers in the focus groups and indicates that educating family members may be as relevant as educating mothers. Nutrition teaching should be provided to Hispanic rural mothers and grandmothers. Interventions to improve outcomes should be culturally sensitive and directed at the populations of specific geographic areas34.

The current study was funded by the Agency for Healthcare Research Quality (AHRQ) #HS021321 01A1. The authors would like to thank Lupe Salazar, who helped the researchers with the facilitation and Spanish communication during the focus groups, and conducted the transcription of sessions.

This PDF has been produced for your convenience. Always refer to the live site https://www.rrh.org.au/journal/article/2955 for the Version of Record.