Factors affecting the work of physicians in rural areas of Turkey 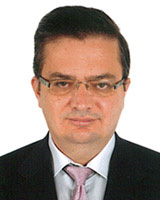 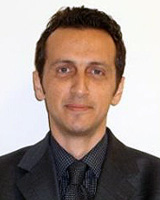 An unbalanced distribution of health workers, specifically physicians, is a longstanding and serious problem throughout the world. All countries, whether rich or poor, report that a high percentage of healthcare professionals work in urban and more affluent areas1. Rural patients, compared with those living in urban areas, are sicker, poorer and less educated on average. In addition, their access to healthcare services is more limited2. One of the most important problems faced by policy-makers is in enabling people living in rural and remote areas to have access to trained healthcare professionals. Providing a sufficient number of talented and motivated healthcare professionals to the right places, at the right time, is of critical importance for the effective delivery of health services and improving health outcomes. The lack of the quantity and diversity of skilled health workers in rural areas limits access to healthcare services for a considerable portion of the population and impacts the output and quality of these services3.

Governments have made various arrangements to solve the problem of unbalanced distribution of physicians. However, none of the countries have been able to completely solve the difficulties related to the unbalanced distribution of physicians, irrespective of the methods they applied3. Turkey, similar to many other countries, has developed some policies to address this problem and correct the imbalance in the geographical distribution of physicians under the Health Transformation Program (HTP). The Ministry of Health in Turkey is implementing various mechanisms to develop services in rural regions, including incentives such as salary and revolving fund earnings, compulsory service implementation, staff distribution charts and employment of conditional contracted healthcare personnel4. With the implementation of the HTP, a certain level of progress has been observed toward correcting this imbalance5. Despite these improvements, however, Turkey still has a strikingly high level of regional physician density variation compared with other OECD countries6.

The main aim of this study was to determine the factors that affect physicians' decisions and views about working in rural areas of Turkey. These factors are quite complex and may be related to personal characteristics or to the properties of the healthcare system and the social, economic and political environment. In this context, it can be said that this is the first study on this subject in Turkey.

This research was conducted at the end of 2009 as a part of the Healthcare Employee Satisfaction Survey (HESS) under HTP. The main objective of the survey was to determine the commitment, motivation and job satisfaction levels of healthcare personnel working in the Ministry of Health and university hospitals in Turkey. The survey included nine questions designed to examine the willingness of healthcare personnel to work in rural areas. The personnel working in the Ministry of Health and university hospitals in Turkey constitute the population of the HESS. The minimum sample size was calculated as 4320 respondents as the result of the analysis made by G*Power software v3 (Düsseldorf University; http://www.gpower.hhu.de/en.html). After this calculation, in order to ensure the country representation, the target population was divided into different layers according to State Planning Institution provincial development levels, service line the classification, population density of the location (rural-urban) and the categories of health professions. The number of personnel to be interviewed was determined by distributing the sample in proportion to the institutions according to the regions and service lines with the gender and profession group margins, and a total of 4983 healthcare personnel working in 327 healthcare organizations were selected.

In the process of data collection, surveys were distributed to 4983 healthcare personnel. Great care was taken to reach all of the subjects in the sample by determining a reserve in the same institution with similar features in place of the healthcare professionals who could not be reached. The response rate by study participants was 78%, quite high for a countrywide study. This proportion has been raised to 100% by replacing the persons who could not be interviewed with their reserves.

Physicians within the scope of this study are analyzed under four different occupational groups: general practitioners that work in healthcare organizations after graduating from medical faculties without any additional training or residency, family physicians that qualify to work as a family physician by passing through specific trainings given by the Ministry of Health, medical residents that pass the examination for specialty in medicine and do their residencies in university hospitals, Ministry of Health training and research hospitals, and specialist physicians who work in health organizations by completing their residencies.

A survey method was used to collect the data. The questionnaire used as the data collection tool included nine questions to gather the opinions of physicians about working in rural areas. The questions were developed based on literature reviews and information obtained via focus group studies. Questions were structured to determine the necessary improvements and regulations in rural areas to attract physicians to work there.

The variables affecting physicians' willingness to work in rural areas were examined with descriptive statistics, including the mean and standard deviation. Answers given regarding socio-demographic parameters were compared using a t-test or one-way analysis of variance (ANOVA). All statistical tests were analyzed using the Statistical Package for the Social Sciences v21.0 (SPSS; http://www.spss.com).

According to a comparison of the t-test results on physicians' opinions of working in rural areas according to their marital status (Table 1), the mean scores for the four survey items showed significant differences. Married physicians' mean scores were higher for each of the four statements compared with single physicians. This finding can be interpreted to mean that single physicians are more open to working in rural areas than married physicians, provided that the specified improvements were made.

Table 2 presents the ANOVA test results comparing the opinions of physicians about working in rural areas according to their income status as well as the t-test results comparing their opinions according to the type of institution at which they work. All statements except 'if I am appointed to a better place after fulfillment of a certain work period' showed statistically significant differences according to income (p<0.05). The Scheffe test results show that the physicians in the 750-3000 Turkish lira (TL) income group thought differently than did those in the 3001-5000 TL and 5001 TL and above income groups. The physicians in the 750-3000 TL income group expressed more positive opinions about working in rural areas. An increase in physicians' income reduces their willingness to work in rural areas.

Table 1: Physicians' opinions about working in rural areas according to occupational group and marital status

Table 2: physicians' opinions about working in rural areas according to income and work institution

Table 3: Physicians' opinions about working in rural areas according to region of work

This study was conducted to determine the factors that influence physicians' opinions about working in rural areas. The study showed that certain characteristics of physicians affected their willingness to work in rural areas. One of these characteristics is the physicians' occupational group. These study results show that medical residents and general practitioners have more positive opinions about working in rural areas, provided that necessary improvements occur, whereas family physicians and specialists do not want to work in rural areas, despite any improvements. The family physicians' reluctance to change locations is understandable because they have a permanent settlement in their service region to provide primary health services to a specific population. Because specialists are working in hospitals with advanced technology, they might be reluctant to work in rural areas where technological facilities are limited1. According to Rosenblatt7, there is no stronger factor than physicians' specialization that affects their choice of workplace. As a result, increasing specialization is the most important contributor to the unbalanced geographical distribution of physicians7. From the perspective of medical residents working in the university hospitals, their willingness to work in rural areas can be related to their continuing education with temporary status and their obligation to go to another healthcare institution for a long-term employment option. Physicians who are in the early stages of their careers can be thought to be more open to changing location compared with more experienced ones who have an established career path8.

Compared with married physicians, single physicians had a more positive approach to working in rural areas, provided that certain improvements were made. The presence of family members may force physicians to think about their spouse's employment and educational chances for their children, which leads them to urban areas, where more career and educational opportunities are available1.

Based on these results, developing policies to attract new graduates and unmarried personnel to these regions without imposing compulsory service may reduce the problem of geographically unbalanced distribution of physicians and increase the number of physicians working in rural areas. Regulations that make the physician's life easier, such as housing provision, better service infrastructure and flexible working regimes, can motivate young and single physicians to work in rural areas.

The lack of physicians in rural areas is an important problem that does not have a short-term solution, and it is a problem that policy-makers have to find effective strategies to solve. From the view of policy-makers, it is extremely important to determine the sub-groups of physicians who are more open to rural practice and who may choose to work in rural areas16 . For example, general practitioners and medical residents, young and single physicians, physicians working in Turkey's less developed regions and physicians with high-income expectations can be drawn to rural areas, and policies aimed at keeping them in these areas can be used to solve the problem of uneven distribution of physicians. There has been an increase in the number of physicians working in rural areas in Turkey after the policies that were implemented in accordance with the HTP. The present study shows that, in addition to coercive methods such as compulsory service and conditional contracted physician employment or policies of financial incentives, non-monetary incentive policies that consider the physicians' views should be developed to achieve permanent success.

The significance of this study is that it has exploratory and descriptive qualities. Thus, this research can be repeated in other studies, and a more analytical study can be built with some new multivariate models.

1. Dussault G, Franceschini MC. Not enough there, too many here: understanding geographical imbalances in the distribution of the health workforce. Human Resources for Health 2006; 4: 12.

3. WHO. Increasing access to health workers in remote and rural areas through improved retention: global policy recommendations. Geneva: WHO, 2010.

12. Ergin C. The meaning of work and work attitudes of health personnel in Turkey: a research manuscript. Ankara: The Ministry of Health, Health Project Coordination Unit, 1996.

14. Günther OH, Kürstein B, Riedel-Heller SG, König H. The role of monetary and nonmonetary ?ncentives on the choice of practice establishment: a stated preference study of young physicians in Germany. Health Services Research 2010; 45(01): 212-229.

This PDF has been produced for your convenience. Always refer to the live site https://www.rrh.org.au/journal/article/3048 for the Version of Record.