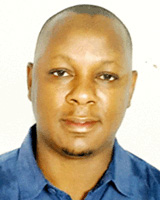 Introduction: Snakebite envenoming is a major cause of morbidity and mortality in rural areas of the tropics. Timely administration of effective antivenom remains the mainstay of management.
Methods: The study was a quantitative descriptive study aimed at exploring the causes and effects of delay, distance and time taken to access care on snakebite outcomes in Nigeria. All prospective snakebite victims reporting to Kaltungo General Hospital were enrolled. Data on demography, date and time bitten, date and time admitted, site of bite, circumstances of snakebite, responsible snake, clinical features, 20-minute whole-blood clotting test, antivenom administered and outcome were recorded. Delay arising from use of traditional first aid (TFA), time elapsed from snakebite to presentation and the shortest distance from bite location to the hospital was calculated or obtained using a global positioning system.
Results: The association between delay before hospital presentation and poor outcome was not statistically significant, even though there was a 2% higher likelihood of poor outcome among those with a 1-hour delay compared to those without delay (odds ratio 1.02, 95% confidence interval 1.00-1.03). There was no difference in distance from bite location to hospital between those with a poor outcome (74) compared to those with a good outcome (325). Those with a poor outcome had more severe envenomation requiring more antivenoms and longer hospital stays. Given poor access to antivenom therapy at distant locations ≥100 km, victims were more likely to use TFA such as black 'snake' stone, with consequent prolonged delays. Antivenoms should be more readily available at distant places.
Conclusions: Community education on avoiding potentially harmful TFA and prompt access to care is recommended. There is a need to provide snakebite care to multiple peripheral, relatively more rural inaccessible areas.

Snakebite envenoming is a major public health problem among communities of the savanna region of West Africa, notably in Benin, Burkina Faso, Cameroon, Ghana, Nigeria and Togo1-4 . The precise incidence of snakebite is difficult to determine and is often grossly underestimated. An earlier estimate in north-eastern Nigeria reported a bite incidence of 500 per 100 000 population per year with a 12% natural mortality, with carpet viper (Echis ocellatus) accounting for at least 66%5. Farmers and children in rural communities are consistently identified as being the highest snakebite risk groups in Nigeria6,7. As a condition affecting poor and vulnerable rural dwellers, poverty predisposes to snakebite and it is not only a major health problem but also a major impediment to economic prosperity from loss of income following initial incapacitation, hospitalization, long-term disabilities and premature deaths8,9. Timely administration of effective antivenom remains the mainstay of management. In West Africa, appropriate effective antivenoms confer ≥75% protection against mortality from carpet viper envenoming10,11. In much of the tropics, however, snakebite occurs in relatively inaccessible rural areas where prompt administration of antivenom may be challenging. In this prospective study the causes and effects of delay, distance and time taken to access care on snakebite outcomes in Nigeria were explored.

The snakes responsible were identified when killed and brought in, or by the incoagulable blood using the simple 20WBCT, a reliable test and a standard of care in the management of snakebite envenomation in resource-poor settings12. During the study period patients were managed with two reliably effective antivenoms developed by Micropharma Ltd (London, UK): EchiTAb-G (10 mL) (monospecific, raised against the venom of Nigerian E. ocellatus) and EchiTAb-Plus-ICP (30 mL) (trispecific, raised against venoms of Nigerian E. ocellatus, Bitis arietans and Naja nigricollis)13. The cost of EchiTAb is variable but approximately US$125, although the federal government of Nigeria often subsidizes it to a much lower cost, and at times it is free. Delay arising from use of traditional first aid (TFA), time elapsed from snakebite to presentation (TEBP) and the shortest distance from bite location to the hospital (DBLH) was calculated or obtained using a global positioning system. Analyses explored the relationship between these parameters and outcomes using Stata v12 (StataCorp; http://www.stata.com). Poor outcome was defined as deaths, gangrene, prolonged length of hospital stay, need for blood transfusion, debridement or comatose/unconscious presentations.

A total of 399 patients with confirmed envenomation were studied between February and April 2013 (males, 270 (67.7%); median age, 20 years; age range, 2-86 years). Carpet viper was the snake most commonly responsible (303). Local (188) and systemic (104) bleeding and non-clotting 20WBCT (303) were common. Two antivenom doses each were administered for 319 patients, for whom blood clotting was restored within 6 hours as measured by the 20WBCT after the first dose of the antivenom, with the remainder achieving cure with one dose. Seventy-four of 399 patients had poor outcomes, with prolonged length of hospital stay (>7 days) (37), amputations (4), blood transfusion (15), gangrene (8), unconsciousness/intracerebral hemorrhage (4) and death (6). Comparison between those with poor outcomes (74) and good outcomes (325) is provided in Table 1.

This prospective study confirmed that delay to access care predicted poor outcome, including deaths and prolonged length of hospital stay following snakebite envenoming in north-eastern Nigeria. Furthermore, it showed TFA use was not directly associated with poor outcome and that victims further away (≥100 km) from care were more likely to resort to it. As effective and proven antivenoms were freely available, poor outcome was unlikely to be due to inappropriate or unreliable products11,13 . The findings are similar to reports from a prospective study in Nepal, where delay before transport and lack of available transport were associated with increased risk of death14 .

It has previously been shown that the proportions of snakebite victims who died (55%) compared to survivors (50%) from distant states were similar (p=0.62), suggesting distance might not always be directly associated with outcome11. The present study appears to confirm this given the poor correlation between distance and time elapsed to access care observed, although it showed victims who required two antivenom doses (presumably because of more severe envenomation) were bitten at more distant locations and two-thirds of patients who died resided at ≥100 km from hospital. The time to access care following snakebite appears more important in predicting outcome - the shorter the time the better the prognosis. Indeed, a delay of 1 hour was marginally associated with 2% higher chance of poor outcome, consistent with the 1% increased chance of dying reported in an earlier retrospective case control study11 .

A study of carpet viper bites in the north-eastern Nigeria/northern Cameroon border area also reported a relationship between poor outcome and increased time between bite and presentation to hospital15. Use of TFA was more common following bites further away (≥100 km) from hospital, indirectly predisposing to poor outcome. Furthermore, use of TFAs such as tourniquets often causes increased local tissue effects of necrosis and compartment syndrome, resulting in ischemia and gangrene, especially following viper bites, which have venom moieties of relatively heavy molecular weights16. Use of black 'snake' stones (Fig1) in inaccessible rural agricultural communities with inadequate health care can lead to tetanus17. Use of tourniquets or black 'snake' stones after carpet viper envenoming have no benefit and cause delays and consequent poor outcomes16,18.

Taken together, these findings suggest poor access to care and ignorance are main factors driving poor outcome. Therefore, two approaches can be suggested for improving snakebite care in endemic areas with limited resources. An approach that has been tried and shown to be effective in Nepal entails reducing delays following bites through community education and actively providing rapid community transportation (eg subsidized commercial or volunteer buses, cars, motorcycles) from location of bite to a facility that has availability of effective antivenoms and skilled human resources, usually a nearby secondary or tertiary healthcare facility in a bigger town. This proved effective in reducing the snakebite case fatality rate by 95%19. Given that some endemic regions cover vast areas, a second approach may entail providing snakebite care to multiple peripheral and relatively more rural inaccessible areas as 'spokes' linked to a more advanced 'hub'. The 'hub' provides coordination, oversight, logistics support, supplies and training of rural healthcare staff on case management and safety, especially management of antivenom associated with early adverse reactions at lower levels. Indeed, modifications of both approaches have been tried in industrialized settings wherein patients are either taken on air transport from relatively inaccessible areas to more advanced facilities or antivenoms are transported on air transport to where victims are receiving care20.

To mitigate the challenges of snakebite care, effective antivenoms should be made more widely available, including remote and distant places, particularly in endemic regions. Community education about prompt and timely care and prevention of potential harmful effects of unproven TFA is also recommended.

3. Warrell DA, Arnett C. The importance of bites by the saw-scaled or carpet viper (Echis carinatus). Epidemiological studies in Nigeria and a review of world literature. Acta Tropica 1976; 33: 307-341.

15. Einterz EM, Bates ME. Snakebite in northern Cameroon: 134 victims of bites by the saw-scaled or carpet viper, Echis ocellatus. Transactions of the Royal Society of Tropical Medicine and Hygiene 2003; 97(6): 693-696.

16. Michael GC, Thacher TD, Shehu MI. The effect of pre-hospital care for venomous snake bite on outcome in Nigeria. Transactions of the Royal Society of Tropical Medicine and Hygiene 2011; 105(2): 95-101.

This PDF has been produced for your convenience. Always refer to the live site https://www.rrh.org.au/journal/article/3496 for the Version of Record.