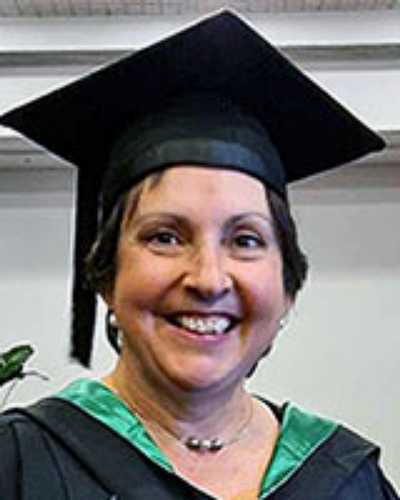 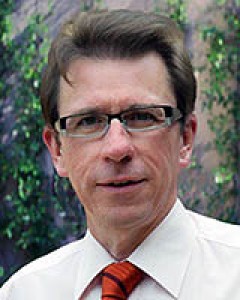 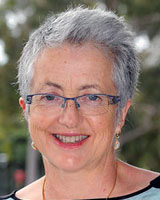 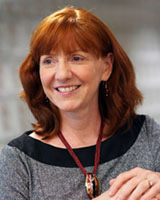 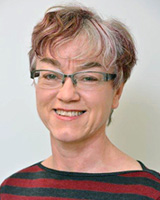 Introduction: The key parameter for rural clinical schools (RCSs) is to provide at least 1 year of clinical training in rural areas for 25% of Australian Commonwealth supported medical students with the intent to influence future rural medical workforce outcomes. The objective of this study was to describe the association between a medical student's selection preference and their RCS experience and rural career intent.
Methods: Medical students completing an RCS placement in 2012 and 2013 were encouraged to complete a survey regarding their experience and future career intent. Data were analysed to compare medical students for whom the RCS was their first choice with students who described the RCS as other than their first preference.
Results: Students for whom RCS was their first choice (724/1092) were significantly more likely to be female, come from a rural background and be from an undergraduate program. These students reported more positive experiences of all aspects of the RCS program (costs, access, support and networks, safety) and were 2.36 times more likely to report intentions to practice in a non-metropolitan area (odds ratio(OR)=2.36 (95% confidence interval(CI)=1.82-3.06), p<0.001). This was true for students of rural (OR=3.11 (95%CI=1.93-5.02), p<0.001) and metropolitan backgrounds (OR=2.07 (95%CI=1.48-2.89), p<0.001). More students in the first-choice group (68.8%) intended to practice in a regional area (not a capital or major city), significantly higher than the 48.4% of participants in the other-preference group (χ2 (1) 42.79, p<0.001).
Conclusions: The decision to choose an RCS placement is a marker of rural career intention and a positive rural training experience for students of both rural and metropolitan backgrounds. It may be important to identify other-preference students and their specific social support needs to ensure a positive perception of a future rural career.

In Australia, rural clinical schools (RCSs) provide at least 1 year of clinical training in rural areas for 25% of Australian Commonwealth supported medical students. The intent is to strengthen future rural medical workforce. Considerable evidence in the literature demonstrates that meaningful exposure to rural areas during medical school has a positive impact on recruitment to the rural medical workforce1. Some of this literature also suggests that voluntary rural placement positively impacts health professional students' feelings towards rural practice2-4.

Since 2007, the Federation of Rural Australian Medical Educators (FRAME) has collected data from medical students who have recently completed a full academic year at an RCS in Australia about their experience and future career intent6. The Australian Standard Geographical Classification Remoteness Area (RA)2-5 was used as the definition of 'rural', excluding metropolitan centres. Medical students from 19 RCS were invited to complete the questionnaire during a period from 4 weeks prior to completion of their RCS placement to 12 weeks after completion of their placement. Individual medical schools nominated whether to invite students by email to participate in an online version of the questionnaire or to have administrative staff at the RCS distribute paper-based questionnaires.

Responses to the 2012 and 2013 versions of the questionnaire (available at http://www.ausframe.org/index.php/2012-06-15-05-28-07/national-rcs-project-secure-data-linkage) have been analysed herein, comparing responses from students whose preference to attend an RCS was their top choice with students for whom it was not their first choice (other-preference group). The Statistical Package for the Social Sciences v22 (SPSS Inc.; http://www.spss.com) was used to calculate descriptive statistics and determine differences between groups. Due to small numbers in some categories of preferred location of future practice, small rural communities and remote areas were coded as one cohort.

Missing data were excluded from analysis on a variable by variable basis. Categorical responses were analysed using Pearson's χ2 and continuous variables were analysed using student t-test with a significant p value <0.05. Wilcoxon signed ranks tests were used for questions relating to views (ordinal data) prior to and following attendance at an RCS. The odds ratio (OR) for future practice in a metropolitan versus non-metropolitan area (RA2-5), as influenced by whether attendance at a RCS was a student's first choice, was determined by binary logistic regression.

There were 440 and 652 responses to the 2012 and 2013 FRAME questionnaires respectively (1092 participants). Survey response rates were 72% of the students invited to participate in 2012 and 88% of this cohort in 2013. Students from Monash University, the University of Wollongong and the University of Melbourne made up 20.9, 12.8 and 10% of responses, respectively. Overall, students from Victoria and New South Wales contributed almost three-quarters of responses (73.4%). The majority of rural clinical schools engaged in the study (Table 1).

Overall, 724 of 1092 students across Australia who attended the RCS chose their placement as their first choice, indicating that for 33.7% (n=368) of participants their RCS placement was a preference other than first choice (Table 2).

Overall, 45.4% of participants had attended an Australian secondary/high school outside a capital city or major urban centre. These participants attended an average of 5.1 years (±1.6 standard deviations) of high school outside a capital city or major urban centre, with no significant difference in years of attendance between first-choice and other-choice groups. No difference was observed between the first-choice and other-preference groups in age, bond status and mean number of years of secondary school spent outside a capital city (Table 3). Sixty percent of RCS first-choice participants were female, while only 54% of students who preferred other options were female (χ2(1)=4.31, p=0.038). Almost 56% of participants whose first choice was an RCS were from universities with undergraduate entry into medicine compared with 38% of other-preference students (χ2(1)=29.68, p<0.001]. Rural-origin students were more commonly found in the first-choice group (45% vs 37%, χ2(1)=6.69, p=0.010).

Overall, first-choice students were 2.36 times more likely to report intentions to practice in a non-metropolitan area than other-preference students (OR=2.36 (95%CI=1.82-3.06), p<0.001). If only students who reported having a metropolitan background are included in the analysis, first-choice participants were twice as likely to indicate future rural practice (OR=2.07 (95%CI=1.48=2.89), p<0.001) as students in the other-choice group. First-choice students with a reported rural background were three times as likely to indicate future rural practice as rural-background students in the other-preference group (OR=3.11 (95%CI=1.93-5.02), p<0.001).

There were striking differences between the responses of first-choice and other-preference students on the FRAME survey of student experience and work intention. Students whose first choice was to enter RCS were consistently positive about their RCS experience; more so than their other-preference peers. First-choice students reported being better supported financially and academically, feeling less isolated during their rural year, and having their wellbeing more positively impacted than other-preference students. These findings are particularly significant because a previous study has shown that health professional graduates' workforce outcomes are strongly related to their subjective course-based experiences4. In this respect it may be important to be aware of the experiences of other-preference students in the RCS to ensure that negative perceptions or experiences can be addressed in order to maximise course satisfaction and subsequent career choices.

Indeed, the present study data confirm that first-choice entrants were more likely than other-preference entrants to prefer a rural location for their subsequent practice. This first-choice effect was accentuated in their higher preference for small town, remote and very remote work. Previous studies have identified that RCS graduates in general work more remotely7,8. Recognising that RCS student interest in non-metropolitan work is reassuringly higher than their city-based peers9, the authors propose that first-choice students may be responsible for this effect. The rural preference appears robust because first-choice, over other-preference students, preferred rural locations for pre-vocational as well as vocational training. Furthermore, these first-choice students were more likely to opt for a vocational choice - general practice - which is compatible with their preferred work location. The results presented do not demonstrated that RCSs provide independent impact enough to change the career preference of many students who commenced without interest in rural and remote careers or general practice. However, that tertiary hospital experience is de-motivating students who wish to pursue both rural and general practice, it is valuable to recognise the impact RCSs have on cementing students' interests in rural and remote practice and in general practice.

The strength of these data lies in the consistent difference between first-choice and other-preference responses throughout the survey. Although 66% of the sample was first choice, half of the remainder put RCS as 'high on the list' yet were consistently more negative about their experience and rural career intentions. This demonstrates that there is something very important about students for whom an RCS is their first choice. The distinction may be partly due to demographic factors, since there were clear differences between the characteristics of first-choice and other-preference students. RCS students who identified as being of rural background were more likely to have made the RCS their first choice. This may be due to rural students' prior commitment to rural practice9, to their different sense of place10, and the present study's data on social isolation among non-first-choice students suggest that they may also be in a better position than their urban peers to disengage from their metropolitan-based social support networks and re-establish networks in a rural area during the clinical years of their medical course11. However, 55% of first-choice students were from non-rural backgrounds and further analysis of the data must be done to clarify this issue.

First-choice students were significantly more likely to be female. The predilection of women for entering RCS has been described previously12. FRAME survey data demonstrate that between 2009 and 2014, women consistently made up 58-59% of the cohort13. However, this is the first demonstration that the gender difference in interest persists even amongst those who actually enter RCSs, with men entering with lower preferences than women. The reasons for the association between women and RCSs requires further exploration. One possibility is that female students are attracted to the wealth of positive female role models who contribute as clinical academics in Australian RCSs14. This finding may also demonstrate that rural practice lacks the rarefied medical hierarchies traditionally found in tertiary hospital specialist training, which can override the capacity for individuals to develop independent practice styles15.

The principal limitation of this study is the possibility of a systematic bias where students' preferences for RCS have been influenced by reliable reports of poor levels of support provided by specific RCSs. For example, an RCS that provides less support may attract fewer first-preference students, and the students attending such an RCS would be less likely to report that they were well supported. As the majority of RCSs are distributed across multiple sites, such a systematic error is unlikely. It is more likely that other-preference students require additional or alternative accommodation and social supports and have wisely altered their preferences for clinical training locations accordingly16.

The data also indicate that entrance preference could be a significant factor in students' subsequent workforce choices. RCS can cement interest in rural practice in students who did not initially preference RCS attendance. First-choice students were significantly more positive than other-preference students in expressing a rural career intention. This finding was the case for pre-vocational as well as vocational training. This highlights the priority to ensure that as far as possible first-preference students are provided with the opportunity to participate in RCS training. It may also be of value to identify other-preference students and their specific social support needs, to proactively facilitate a more positive perception of a future rural career.

The authors thank Sharon Liu from Flinders University RCS for her work distributing and collating the RCS exit survey from schools across Australia.

This PDF has been produced for your convenience. Always refer to the live site https://www.rrh.org.au/journal/article/3698 for the Version of Record.