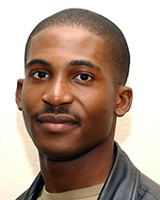 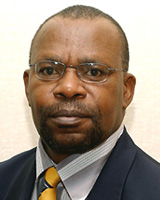 © Ehi Igumbor, Enoch Kwizera 2005 A licence to publish this material has been given to ARHEN, arhen.org.au

A recent article in your journal reported the positive impact of rural medical schools on rural intern choices1. This is a relevant finding in making a case for the development and funding of university departments of rural health and rural clinical schools in medical schools as a long-term solution to the shortage of medical practitioners in rural clinics and hospitals. If, in fact, rural medical faculties universally cause the retention of their graduates in similar rural settings, this will be phenomenal and herald an approach of cutting down the perennial shortage of medical practitioners (and indeed other health professionals) in rural communities. It was, therefore, of interest to know whether the same phenomenon existed outside Australia and, in particular, in a developing country in which the exodus of health professionals is well known2,3.

South Africa is an upper middle-income developing country with a stark blend of first and third world economies. Development in the urban cities and provinces is akin to first world development and a far cry from what pertains in non-urban settings. There are eight medical schools in the country of which only one, the University of Transkei (UNITRA) School of Medicine, is situated in a previous 'homeland' region. The medical school has been in existence since 1985 and has produced over 500 medical graduates. Training in the initial years adopted the traditional medical curriculum approach characterized by distinct disciplines in the basic, pre-clinical and clinical years. This educational pedagogy changed in 1992 when the Problem-Based Learning (PBL) and Community-Based Education (CBE) was introduced for which the school is under consideration as a WHO collaborating centre for PBL/CBE4,5. Detailed account of experiences gathered from the implementation of PBL and CBE at UNITRA Medical School have been published6,7. The career intentions of UNITRA medical students including their perceptions about the future has also been investigated8. A striking finding was that the majority of students preferred to work in the public sector (82.3%) and over a quarter (27%) in rural settings8. The study further demonstrated that preference for rural work settings was highest in the earlier years of study and least in the final year. Given the cross-sectional design applied, it is not possible to establish whether this finding represented a notable trend with increasing years in medical school8. There has been a follow up of the cohorts of graduating students from the UNITRA Medical School. The current letter describes aspects of an on-going larger study with a two-fold objective, inter alia: (i) to ascertain the preferences of graduating students on settings in which they would work, career intentions and overall views on their future; and (ii) to explore the current work setting of all graduates from the school since inception.

To achieve the first objective, final year students were administered a brief group questionnaire that investigated their demographics including family and socio-economic background; choice of intern placement; choice of 'longer term working environment' and reasons for both choices; intentions to specialize or not; career guidance and overall view of the future.

In order to explore the long-term placement of all graduates from the school since its inception in 1985, a list of graduates in each year, obtained from a database maintained by one of the authors (ENK), was checked with a larger list of all medical practitioners in South Africa registered with the Health Professions Council of South Africa (HPCSA). All medical practitioners are statutorily expected to register with this council in order to practice in South Africa. From the register obtained from the HPCSA, the records of all graduates from UNITRA were gleaned and their current postal addresses noted. This approach excluded any medical practitioner who was not on the register for the index year, such as persons who may have relocated outside South Africa, deceased or stopped practicing and/or ceased renewing registration with the Council. Attempt was made to find out the details of missing persons using the alumni association. This analysis is based on the location of graduates, where known, in 2002.

Preliminary findings of this study indicate that a considerable proportion (36%) of graduates from UNITRA medical school practiced in small towns and rural settings rather than metropolitan urban areas. Fifty-three percent worked in urban areas while 4% and 7% were overseas and deceased respectively. There was some difference in the proportional distribution of graduates from the traditional medical curriculum (from 1990 to 1996) and those from the PBL/CBE curriculum (from 1997 to date). A higher percentage of graduates from the former traditional medical curriculum (46%) tended to practice in rural areas than the latter PBL/CBE curriculum (30%). Figures 1-3 show the distribution of all graduates in terms of their current location.

It is noteworthy that the proportion of graduates in rural settings may have been under-estimated for a number of reasons. First, we relied on postal addresses to identify the place of work because this is the information contained in the register kept by the HPCSA. It is likely that medical practitioners hold postal addresses of adjoining urban towns or cities rather than the rural settings in which they work. Second, a high proportion of graduates who were based in urban settings were, in fact, registered for post-graduate training only available in tertiary and academic hospitals found in urban towns and cities. The implication, therefore, is that such a work setting may only be circumstantial and not necessarily the individual's preference. We need to know whether such individuals eventually return to rural work places post-specialization. Third, the data of graduates for the years 2000 and 2001 may have more students in urban areas. This is because these graduates were on internship and community service with a deliberate bias to send them to hospitals with specialists and consultants; these are mostly in urban areas.

The majority of graduates who went overseas were based in Canada and New Zealand and others in Australia, India and the USA. Whether these then situate themselves in rural or urban settings in these countries is not known.

Our observations are in tandem with that reported by Dambisya8 who noted that just over a quarter (27%) of students preferred to work in rural areas while 37% preferred working in 'urban areas other than big city' (sic). This is also consistent with emerging information from the study by Wilkinson and colleagues1 giving support to the notion that rural medical schools have a positive impact on rural intern choices.

The next phase of our work will involve follow-up interview of graduates from the UNITRA medical school to explore in-depth the issues that have informed their choice of work settings. This will enable us improve our understanding of how complex a construct the choice of work setting could be. In the meantime, advocating for the development and strengthening of medical faculties in rural areas is logical.

7. Iputo JE. Impact of the problem-based learning curriculum on the learning styles and strategies of medical students at the University of Transkei. South African Medical Journal 1999; 89: 550-554.

8. Dambisya YM. Career intentions of UNITRA Medical Students and their perceptions about the future. Education for Health 2003; 16: 286-297.

This PDF has been produced for your convenience. Always refer to the live site https://www.rrh.org.au/journal/article/417 for the Version of Record.