Correlations between community size and student perceptions of value 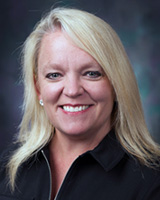 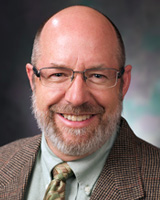 © Susan Anderson, Edward Simanton 2017 A licence to publish this material has been given to James Cook University, jcu.edu.au

Studies have indicated that medical student participation in patient care enhances students' development as professionals1. Additionally, there has been growing interest in understanding the specific contributions of medical students to patient care and the healthcare settings in which these students train and participate2. Not a lot of information is available in the literature regarding students' perception of their value to the healthcare team or if community size has an impact on that perceived value.

The University of South Dakota Sanford School Of Medicine has three primary clinical campuses and several clinical sites. The majority of the medical students spend their primary clinical training year on one of the three clinical campuses, which are located in some of the state's largest cities. A limited number of students can elect to train in a rural community as part of the Frontier and Rural Medicine Program, the school's rural training track. Community healthcare statistics for the different-sized communities are shown in Table 1. The purpose of this study was to determine how much the students felt valued by their attendings, the healthcare teams they worked with and the patients they cared for. This was compared with community size to see if there was any correlation.

Student value items were added to student satisfaction surveys sent out to students at the end of their primary clinical year and data collected from two graduating classes of students (n=114). Student responses were grouped by clinical campus and mean responses by community size were calculated. Analysis of variance (ANOVA) with Bonferoni post-hoc calculations were used to determine statistical significance of the differences. Additionally, student encounter logs were reviewed for study participants to gauge participation levels during clinical encounters. This provided an independent measure of student value at clinical sites.

This study was approved by the University of South Dakota Institutional Review Board (#2015.216).

Numbers of respondents by community size are shown in Table 2. All students completed surveys (100% response rate). As community size increased, the number of students at that site also increased.

In Figure 1, mean responses are shown to the question, 'How much did you feel valued by your attendings at your clinical site?' Responses are based on a 1-4 Likert-type scale. The degree to which students felt valued decreased consistently as community size increased (Fig1).

Table 2: Number of respondents by community size and response rates

Figure 1: Mean feeling of being valued by attending by community size

In Figure 2, mean responses are shown to the question, 'How much did you feel valued by the healthcare team at your clinical site?' Responses are based on a 1-4 Likert-type scale. The degree to which students felt valued decreased consistently as community size increased.

Significant ANOVA findings were obtained (F(3,102)=6.135, p=0.001) and Tukey's HSD post-hoc analysis (Table 4) indicates statistical significance only between the smallest community and the others. Differences between the larger communities were non-significant.

In Figure 3, mean responses are shown to the question, 'How much did you feel valued by patients at your clinical site?' Responses are based on a 1-4 Likert-type scale. The degree to which students felt valued decreased consistently as community size increased.

Figure 2: Mean feeling of being valued by healthcare team by community size

Figure 3: Mean feeling of being valued by patients by community size

Relating to issues of being valued is being granted permission by the patient, attending, and the healthcare team to participate in care. As part of student reporting of student-patient encounters, medical students report their role in the encounter as either 'Observed' or 'Participated'. The mean percentage of encounters reported as 'Participated' is shown in Figure 4 by community size.

There appears to be a relationship between community size and the extent to which students feel value and the likelihood of students participating in patient care. The degree to which students felt valued by patients, attendings and the healthcare team decreased consistently as community size increased. This finding is likely due to differences in relationships between students, patients, attendings and team members in different-sized communities. In small communities, there are limited numbers of patients and healthcare providers. This leads to more interaction (and stronger relationships) among the same small groups of individuals. As community size increases, there become more patients and providers of both specialty and primary care and so patients and students tend to interact with a wider set of providers (and interact less frequently with any single healthcare provider). This increasing number (and decreasing quality) of relationships continues to increase from very small communities (population 5000 up to large communities (population 170 000). At some point, communities must become large enough that the effect disappears. Additional study in larger communities are needed to determine at what community size population of community no longer impacts students' perceptions of being valued and their ability to participate in care.

The relationship between being valued and participation in care seems obvious in that students who are well known to patients, attendings and the healthcare team are more likely to be granted permission to participate compared with students who are relatively unknown. It is likely that this more frequent granting of permission to participate instils feelings of being valued in the student. Since this tends to happen more frequently in smaller communities, students feel more valued in those same communities. More study is needed to examine the nature of relationships within health care in different-sized communities and exactly how those relationships impact the medical students being trained and the patients being served.

This PDF has been produced for your convenience. Always refer to the live site https://www.rrh.org.au/journal/article/4246 for the Version of Record.