Rabies surveillance in the rural population of Cluj County, Romania 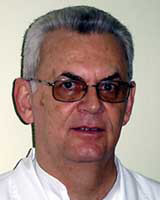 Introduction: The rabies virus causes an acute encephalomyelitis that progresses to coma and death within 10 days of the onset of the disease. Taking into account the fatality of the disease and the absence of a specific treatment, preventive methods are of the outmost importance. The purpose of this study was to assess the exposure of the rural population from Cluj County, Romania, to rabies risk factors.
Methods: Data regarding the exposure of the rural population from Cluj County to rabies risk factors were collected from the Vaccination Center registry at the Infectious Diseases Teaching Hospital in Cluj-Napoca. The information was treated confidentially. The data obtained were collected using an Access 2000 database and was analyzed using Epi Info. Information regarding the general population was available from the 2002 General Population and Housing Census.
Results: Cluj County reported 1008 cases of human exposure to potentially rabid animals between April 1998 and December 2004. The relative contributions of the major groups of aggressor animals were as follows: 882 dogs (81.55%), 51 cats (5.06%), 30 foxes (2.98%), 28 horses (2.78%), 19 rats (1.89%), and 58 other animals (5.74%). Post-exposure prophylaxis with antirabies serum immune globulin was prescribed in 9% of the cases (n = 90). Vaccine was recommended in 72% of the cases (n = 726). Two hundred and eighty-three patients out of 726 (38.98%) underwent complete vaccine prophylaxis. Diagnoses in animals suspected of having rabies were made by direct immunofluorescent antibody staining of rabies viral antigen in brain material. The number of animals that tested positive for rabies during the period April 1998 to December 2004 was 49. More than 77% (n = 38) were wild animals. The relative contributions of the major groups of animals were as follows: 33 foxes (67.35%), 7 dogs (14.29%), 2 wolves (4.08%) and 7 other animals (14.29%).
Conclusions: The fatal risk of rabies in human beings, and the persistence of the virus in this geographic area, makes legitimate the recommendation of prophylactic procedures for persons exposed to potentially rabid animals.

Rabies is one cause of lethal acute encephalitis of viral etiology. The causal virus can be found in saliva and nerve cells1. Transmission of the virus is usually through a bite but it also can occur by exposure to a scratch, abrasion, open wound or mucous membrane, saliva or brain material from rabid animal source/origin. Organ transplant is an exceptionally rare type of transmission. The virus has an extremely high and selective affinity for the central nervous system tissue and moves to the brain along the peripheral nerves. Once the virus is established in brain, the disease is irreversible and fatal. The average incubation period varies from 20 to 90 days after exposure and depends on the following:

Two clinical patterns may be manifest and are referred to as 'dumb' or paralytic rabies and furious rabies (prone to bite). The onset of rabies in less then one week is the clearest sign of the deadly evolution of the case. The patient is, theoretically, contagious and very strict isolation is required. The irreversible evolution to death explains why compulsory preventative strategy is prescribed and followed if someone is exposed to a probable rabid animals' aggression.

Our main goal in this study was to assess the burden of exposure to rabies risk factors in the rural population from Cluj County, Romania. We were motivated to start this study because:

The research protocol was initially reviewed and approved by the Cluj-Napoca University of Medicine and Pharmacy Ethics Committee and conducted in accordance with the ethical guidelines legal in Romania.

We considered as cases all patients who met the following time/ space/person criteria:

The source of data regarding the rabies cases in animals was the Cluj County Veterinarian Public Health Department. We collected data on patients from the registry of Vaccination Centre of the Infectious Diseases Teaching Hospital in Cluj-Napoca, with strict confidentiality regarding the patient. The data were entered into an Access 2000 database and were analyzed using Epi Info 3.3.2. The collection variables were as follows:

We used Epi Info 3.3.2 to perform the statistical analysis. Odds ratios (OR) and 95% confidence intervals (CI) between men and women were calculated on the crude data.

The natural reservoir of the rabies virus in the Cluj County geographical area was mostly identified in wild animals: 77% (n = 38) in comparison with 23% (n = 11) in domestic species. The species diagnosed with rabies are shown (Table 1).

Table 1: Species diagnosed with rabies between 1998 and 2004 in Cluj County, Romania

The demographic characteristics of the exposed rural population studied were an average age of 34 years and a standard deviation of 23.8 years. The youngest person was 6 months old and the oldest person was 87 years, with a median of 30.5 years and a mode of 8 years.

We compared data collected from our patients with data from the population census (Table 2).

Table 2: Age distribution of the population studied and population of Cluj, Romania

We identified the group at the highest risk of rabies exposure as the group of boys at the ages between 4 and 14 years (Fig 1).

Figure 1: Distribution of exposed individuals by age group and gender.

From the total number of patients (n = 724), 89.7% (n = 651) were supposed to receive rabies-specific prophylaxis and came to see a doctor in 6 days or less from the day of the aggression. The remainder presented to a doctor in less than one month from the exposure.

The number of exposures per year remained almost constant (Figure 2).

The number of exposures per month constantly increased in the summer and decreased in the winter (November to January, every year but 2001/2002).

The last native case of rabies death in France was in 1924, but between 1970 and 1996, 17 cases were 'imported' into France. Mass vaccination of domestic pets and control of strays is needed11,12. Their close contact with humans introduce risk when rabies immunizations are not kept current. This is especially true in the rural setting where it is not economically feasible to vaccinate livestock13. However, even in an ideal situation, with the right prophylactic measures, rabies cannot always be prevented14.

The main goal of this study was to assess the exposure of the rural population in Cluj County, Romania, to rabies risk factors. We were motivated to conduct the study because of the fatal risk from the disease which is still present in the animal population (the virus has a large reservoir, mostly in wild but also in domestic animals). In addition, we were concerned by the very high number and costly medical care of specific preventative procedures in patients exposed to such animals.

However, we must underline the lack of a formal definition of rurality in Romania; the existing criteria are administrative/geographic, not based on or related to any internationally accepted criteria. This study has demonstrated the burden and dynamic trend of rabies prevention measures in the rural population of Cluj County, in the frame of enzootic persistent potential risk. The presence of the rabies virus in the wild animal population and the relatively close and quite unavoidable contact between wild and domestic animals in rural settings may present a health hazard for the population living in that area.

We identified the highest risk group for rabies exposure as being boys of 4 to 14 years of age. Specific behavioral characteristics of that age group increased the risk of coming into close contact with potentially rabid animals from their environment, while trying to play with them, to catch them or to take care of them.

We found that it was not always possible to identify the animals that came in contact with a given human subject. This also poses a great risk for rabies. 'Domestic' animals were involved in most of the aggressions but a relatively high number of wild animals were responsible for high risk contacts with the rural population15.

We found that it was difficult to assess the number of people who came into contact with possibly sick animals. Compliance for prophylactic measures was relatively low and we assume that a certain number of exposed persons did not even go to a physician. This suggests the importance of specific health education, particularly in the rural population. Rural practitioners may play an important role in educating the public. They must be made aware of this and must also have the appropriate resources to tackle the problem of non-compliance.

In terms of number of aggressions per season, we found that a higher number of exposures took place in spring and at the beginning of summer, and contacts were less likely to occur in the cold season. This may be related to the fact that in spring animals usually give birth to offspring and the mothers are more aggressive with 'intruders'.

A final issue is the cost-benefit of prophylactic treatment for human subjects exposed to rabies. Considering the lethal risk of rabies, counting the individual cost-benefit risk is senseless. The real problem is how to reduce the risk of exposure to infectious contacts with animals whose health status is unknown. This is unsatisfactorily managed in continental countries like Romania. Improved surveillance of the natural reservoir of rabies, vaccination of wild animals and protection of pets and livestock could be a cheaper alternative than immunizing many exposed human subjects. Such surveillance could be managed with the help of veterinarians.

4. WHO. Investing in health research and development: report of the Ad Hoc Committee on Health Research Relating to Future Intervention Options. Geneva: WHO, 1996.

5. WHO. Strategies for the control and elimination of rabies in Asia. Report of a WHO interregional consultation. Geneva: WHO, 2002.

This PDF has been produced for your convenience. Always refer to the live site https://www.rrh.org.au/journal/article/431 for the Version of Record.