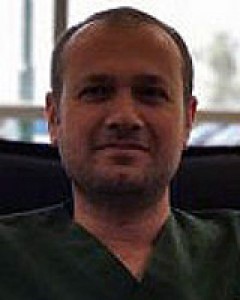 Context:  Agricultural accidents are a prominent cause of mortality and morbidity in the literature despite few studies. The machines and equipments used in this sector frequently cause agricultural accidents. One of these, the hoeing machine, can cause tragic and severe injuries.
Issue:  We present a case of subtotal leg amputation that occurred after a hoeing machine accident in 2015 in Malatya, eastern Turkey. We monitored the patient and started initial therapies according to advanced trauma life support in the emergency service. However, his right leg was severely injured and had to be amputated.
Lessons learned:  Hoeing machine accidents lead to physical disabilities due to extreme injury and amputation.

Numerous health and safety problems for laborers arise in all sectors of agriculture, partly due to technological development and mechanization worldwide1. In the literature, there are few studies about farm accidents. However, existing studies determined that farm accidents are a remarkable cause of mortality and morbidity2-4. Nearly 20 million people labor in the agriculture sector in Turkey. Despite inadequate data, we can foresee a high proportion of accidents in this crowded sector4,5. The machines and equipment used are the main cause of the agricultural accidents. Tractors, tillage machines and equipment, planting machines, fertilizer mixer machines, hoeing machines and harvesting machines are the most common1.

In this study, we present a case of subtotal leg amputation that occurred after a hoeing machine accident.

A male patient aged 61 years was admitted to the emergency service after an agricultural accident that occurred in 2015 in Malatya, eastern Turkey. His right leg became caught in the discs of a hoeing machine while he was preparing a field for planting. His left leg was largely uninjured because of a friend who stopped the machine. The patient arrived at the emergency department within 30 minutes of the accident. He was confused and could not speak at admission. Examination revealed a subtotal amputation of the right leg at the level of mid femur and a large part of the hoeing machine embedded in that leg. Also, the distal part of the leg was displaced to the upper position (Fig1). He sustained a 5 cm laceration to his left leg and some dermabrasions to his face. He was hypotensive (80/60 mmHg) and tachycardic (128 beats/min). The first laboratory findings revealed the following: 28.4 × 103/mL leucocytes, 11.3 g/dL hemoglobin and 34.1% hematocrit. Duplex ultrasonography of the left leg was normal. His medical history was unremarkable.

In the emergency room, primarily we monitored the patient for hemodynamics, opened two large-bore vascular lines and started saline infusion. A total of 2000 mL saline was given as well as erythrocyte suspension. Tetanus prophylaxis was done and the first dose of antibiotics (cefazolin, ornidazole, gentamicin) was administered. The removal of soil and dirt was done at the same time and irrigation performed lightly. No other fracture was seen on imaging tests. One hour after arrival of the patient, control blood samples were taken and were 10.8 g/dL hemoglobin, 32.8% hematocrit. The patient also became normotensive. We referred the patient to orthopedics and a cardiovascular surgeon. Both of the clinicians agreed to amputate the right leg. Then the patient was taken to the operating room, irrigation was done and the embedded machine part was extracted. At that time the lesions were seen with details and the amputation was performed. He remained in the orthopedics ward for 26 days before discharge. 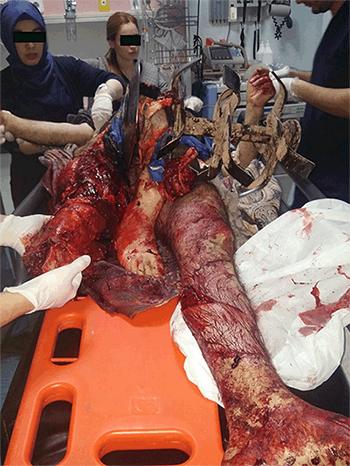 Figure 1:  The patient in the emergency room, after an accident with a hoeing machine.

The agricultural sector remains important to the economy of Turkey, being the main source of employment1,5. Unlike other sectors, agriculture is a discrete industry in which people of all ages in a family participate4. Farm accidents are seen frequently. A hoeing machine looks like an all-terrain vehicle; however, it is functionally similar to farm tractors is one of the cause of agricultural accidents. This vehicle has two separate structures; the main part is an engine and the other one is a trailer or another piece of agricultural equipment. It can be used for transportation of people or load, the expulsion of fields, planting, spraying activities, and removing water from the soil6. In our region, it is mainly used with a trailer for transportation and with a hoeing tool for field clearing.

In the present case, the patient misused the manual gas pedal of his hoeing machine while he was digging the land. Normally, the machine only operates when the gas pedal is compressed by the farmer. However, to reduce fatigue some farmers tie the pedal down so that the machine operates continuously. If a farmer falls accidentally, the discs of the machine continue to operate and they can entangle the feet and legs, with tragic consequences.

An open fracture as in the present case is often the result of high energy trauma and complex injuries involving both the bone and the surrounding tissue. Generally, these injuries are associated with dirty environments and most of them are presumed to be contaminated. In agricultural accidents, open fractures have a higher chance of becoming infected, because of dirty equipments5.

The management of open fractures includes initial evaluation and exclusion of life-threatening injuries (head, chest, abdomen and pelvis), prevention of infection, healing of fracture and, if possible, restoration of function to the injured extremity. It should be done in accordance with advance trauma life support principles. After it has been ensured that the patient is stable, foreign bodies should be removed, radiographs taken and wounds covered with saline socked gauze. Tetanus prophylaxis and antibiotics should be given7. In open fractures, irrigation and debridement are critical factors in the prevention of infection8. However, neither of them should be made under emergency conditions as there is a risk of inoculation of deeper tissue by nosocomial microorganisms5. In conclusion, amputation or limb rescue decision is the most important point. The presence of a non-viable limb, irreparable vascular injury, a warm ischemic time longer than 8 hours, a severe crush injury with minimal remaining tissue, or a limb constituting a threat to a patient’s life will lead to a clinical decision to amputate9.

Emergency physicians should keep in mind that hoeing machine accidents are often associated with severe open fractures. Patients with such injuries must be monitored closely and the decision of limb rescue or amputation should be done in collaboration with both surgeon and emergency physician. Additionally, people should be educated to use hoeing machines according to instructions and safely. Governments should develop regulations and precautions to decrease agricultural accidents, and community awareness should be raised through traditional press and social media.

1 Yildirim C, Altuntas E. The evaluation of work accidents in Tokat Province which occurred due to use of agricultural machines in terms of occupational safety. [In Turkish]. Journal of Agricultural Faculty of Gaziosmanpasa University 2015; 32(1): 77-90.

This PDF has been produced for your convenience. Always refer to the live site https://www.rrh.org.au/journal/article/4636 for the Version of Record.