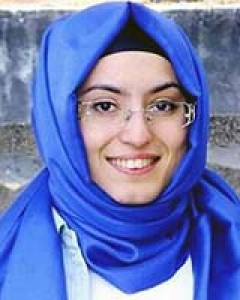 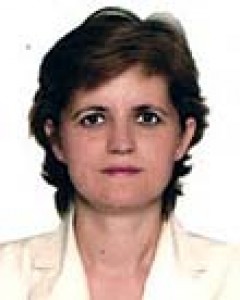 Introduction:  This study was conducted to determine the prevalence of constipation in infants aged 0–12 months in rural areas of Turkey. The study sample consisted of 203 mothers with infants aged 0–12 months.
Methods:  Data were collected between April and June 2016, using the Rome III criteria and the Bristol stool chart. The data were analysed with χ2 analysis to compare the rate of the incidence of constipation according to variables and logistic regression (enter) analysis to evaluate all variables that have an effect on the incidence of constipation.
Results:  Although the parents participating in the study stated that 19.7% of infants had constipation, applying the Rome III criteria showed the prevalence of constipation declined to 17.7%. Of the cases of constipation, 44.4% were female and 55.6% were male. A total of 32.1% of the non-breastfed infants were constipated and 30.2% of the infants who were started on supplementary food before age 6 months were constipated. In 50% of the cases of infants with constipation, the mothers also suffered from constipation. As a result, it was determined thatabout one fifth of the infants living in rural areas of Turkey have constipation.
Conclusion:  Education and counselling should be provided by primary healthcare institutions to the families who are part of groups at risk for constipation. It is also suggested that studies should be conducted to increase parents’ knowledge and awareness of constipation.

Constipation is not a disease; it is a subjective symptom, the interpretation of which can vary from person to person, and which adversely affects daily life. Constipation is defined as failed or lengthy attempts to defecate, and hard and painful defecation that is distressing to family and child. Delay or difficulty in defecation that continues for 2 weeks or longer is also defined as constipation. Constipation, which is most frequent in childhood, affects 0.5–29% of the child population worlwide1-5.

The etiology of childhood constipation is generally divided into two groups: organic and functional. Organic constipation is when the defecation disorder is related to causes such as anatomical malformations, metabolism, neuropathies, bowel nerve or muscle disorders, abdominal wall anomalies, connective tissue diseases, and drugs. Functional constipation, without objective evidence, is the voluntary holding of stools by a child who wants to avoid painful defecation and is much more common than organic constipation6,7. In functional constipation type, familial, cultural and social factors play an important role6. The pathophysiology of constipation has not been fully elucidated, and many mechanisms play a role in the progression of constipation.

Constipation in childhood starts as a simple complaint, but, if it is not treated adequately, it can become so serious that it can affect the growth and development of the child7. In the study by Sahin et al, it was seen that 10% of children with a constipation complaint suffered from growth and developmental delay10. Constipation is a health problem that is being encountered more frequently in society. However, it is not regarded as a serious problem by families, so they do not consult health institutions7,8.

Individuals in rural areas try to manage their illnesses by traditional methods due to cultural beliefs and practices as well as the distance to health centers and the lack of staff at such health centers. Also, the opportunity to access healthcare services is reported to be limited in rural areas. The range of healthcare services provided by the government in rural areas is quite limited compared to in urban areas. The outcomes of this study will make a contribution to the determination of the prevalence of constipation in infants aged 0–12 months and provide mechanisms for decreasing constipation in society.

•  What is the frequency of constipation in infants aged 0–12 months in the area where the study is conducted?

•  Is there any connection between the sociodemographic characteristics of babies and constipation rates?

•  Are there any differences between the defecation characteristics and the rate of constipation of the infants and their families?

The study, which was planned as a descriptive and relational type, consisted of babies aged 0–12 months who were registered with family health centers in rural areas.

A schedule recommended for ‘predicting a rate in society with particular accuracy’ was used for the identification of the size of the research sample11. Since this was a finding related to the prevalence of the examined incident (rate of incidence of constipation) in society, a rate (4.7%) reported by van Tilburg et al was used12. In a table proposed by Lemeshow et al, the reported rate was established as 5% with a confidence level of 95% and a relative accuracy of 3%, and the sample size reported in the table was 20311. A simple random sampling method, one of the probability sampling methods, was used in the selection of the sample. Between April and June 2016, infants aged 0–12 months and their parents were chosen from those who applied to the family health center ; those who complied with the criteria for inclusion in the study were included in the sample. The research consisted of 685 children. The number of infants involved in the sample was 203, and the sample was selected using a random numbers table.

If a parent did not want to participate in the research or couldn’t be accessed, the next infant on the list was selected.

The sample selection criteria was as follows: no chronic disease, no congenital aganglionic megacolon disease, no 1-month hospital stays, and no neurological disease.

One definition of rural areas in Turkey is communities with a population density of <150 people/km2. The city of Karapnar has an area of 8924 km2 and 28 people/km2. This population includes those who live in districts and those who live in the countryside. The town known as Karapnar mound conforms to the definition of a rural area in terms of population, education, transport and social life. The population growth rate of rural Turkey is 4%, the fertility rate is 2.65%, the perinatal care ratio is 57.7%, the mobile internet access rate is 26%, and the Gini index (a standard economic income inequality measure) is 0:36 (where 0 is the sum total and 1 is inequality). The unemployment rate in rural areas of Turkey is 5.9%13,14. In this region, agriculture and animal husbandry is the main source of income. The town is about 99 km from the city center. In Karapnar, health services are provided by a district hospital and 11 family physicians.

The Infant and Family Data Collection Form containing 47 questions generated by the researcher was used to collect the data, the Rome III criteria was used to diagnose constipation in newborn and infancy periods, and the Bristol stool chart (BSC) was used to evaluate stool consistency15,16. The heights and weights of the infants were measured with a digital baby scale and an infant meter calibrated in the family health center. The infants’ heights were measured by measuring the distance between their heels and the end of their head with an infant meter, after they were placed on the exam table. The infants’ weights were measured when they were wearing lightweight clothes after they were placed on a digital baby weight. The data were collected by the researcher from the mothers of the infants using the face-to-face interview technique between April and June 2016.

Rome III criteria consist of six criteria: two or fewer stools per week, stool leakage at least once a week, excessive stool retention, painfully stiff stools, rectal stool mass detection, and stool large enough to clog the toilet. At least two criteria must be present for a diagnosis of constipation17.

The BSC is used to determine constipation. On this scale, there are seven visual forms of stool for designating feces. The first form describes a stool as ‘separate hard lumps, like nuts’ and the scale continues to the seventh, which describes a stool as ‘watery, no solid pieces, entirely liquid’16.

The data of the study were analysed using number, percentage, and mean and standard deviation to create descriptive statistics; a χ2 analysis (Fisher’s exact test and tetra-eyed Pearson and multi-eyed Pearson χ² analyses) was made to compare the incidence of constipation according to the variables. The Kolmogorov–Smirnov test, the skewness-kurtosis values and the histogram were used to evaluate the normality of the distribution. Logistic regression (enter) analysis was completed to evaluate all variables together that have an effect on the incidence of constipation. The statistical significance level was accepted as p<0.05.

Ethics approval was obtained from the Necmettin Erbakan University Faculty of Medicine Ethics Committee (approval number 2016/452) on 16 February 2016. Written permission of the Public Health Directorate of Konya (799-E.476/00021013330) to conduct the research in the relevant institutions was obtained on 22 March 2016. Verbal consent was given by the families participating in the study to the researcher, who explained the research ethics.

The most frequent complaints seen in the infants was defecation twice or fewer times per week (21.2%), painful and hard defecation (17.2%), excessive continence behaviour (16.3%), and rectal fecal mass (1.5%). According to the BSC, 4.9% infants defecated in the shape of dispersed nodules as hard as a nut (hard to defecate), and 7.4% defecated in the shape of sausage but tubular.

Logistic regression analysis was used to evaluate the effects of four variables that were found to affect constipation in infants. The presence of constipation was the dependent variable. The presence of constipation in the mother, the infant’s BMI, the circumstances of first breastfeeding, and the start time of the intake of supplementary food were included as predictor (influencing) variables in the model. The enter method was used for analysis. Logistic regression was applied, with standard deviation (SD) 1, χ2 25.219 SD 4 and p=0.000.

When an infant’s gastrointestinal system is covered with immunoglobulins as well as colostrum milk, a mucosal barrier is established. It allows the intestines to mature by means of the epidermal growth factor and other similar growth factors it contains and prevents the development of allergy and food intolerance. It facilitates the newborn’s meconium excretion with its mild laxative property19. While no evidence was encountered in the literature regarding the circumstances of the first breastfeeding and constipation, in the present study, constipation was seen in 15.4% of infants who were breastfed as their first food and in 32.1% of those who were not. This difference was found to be significant.

In order to avoid the pain that occurred during defecation, a child exhibits continence behaviour. The stool gets harder as it accumulates in the rectum. Because the stool has hardened, its excretion becomes more difficult and painful, which sets up a vicious circle18. Continence behaviour was observed in 80.6% of the children who participated in the present study. A total of 69.3% of children aged 1–17 years in a study by Kirsaçlioglu et al and 35% of those aged 4–9 years in a study by Kim et al were observed to exhibit continence behaviour24,25.

Limitations of the research

In this study, no specific Bristol stool neonatal scale was used.

It was determined that about one-fifth of the infants living in rural areas in Turkey have constipation. More epidemiological studies in Turkey are warranted.

This PDF has been produced for your convenience. Always refer to the live site https://www.rrh.org.au/journal/article/4870 for the Version of Record.