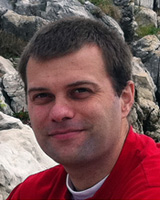 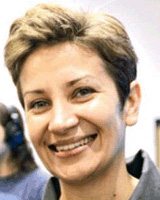 © Ozren Polasek, Ivana Kolcic 2006 A licence to publish this material has been given to ARHEN, arhen.org.au

Introduction: The aim of this study was to evaluate the academic performance and research involvement of students coming from urban and rural backgrounds. To our knowledge, this is the first such study of undergraduate medical students in Croatia.
Method: We surveyed the final (sixth) year medical students from Medical School, University of Zagreb, Croatia. Students were surveyed during the academic year 2004/2005, several months prior to their graduation. We analysed students' academic performance (grade point average, which is the most important academic success indicator in Croatia, and the number of failed study years) and research involvement (involvement in research projects and the possible subsequent publication of scientific articles). Additionally, we investigated the extent of extracurricular activities, and students' workplace preferences. Data were analysed using c2 test, Fisher's exact test, and Kruskal-Wallis test, due to non-normal data distribution.
Results: A total of 204 students (out of 240 enrolled, with a response rate of 85%) were surveyed, and divided into three groups: (1) those coming from the highly urbanised background (capital and other highly urbanised areas; n = 100, 49%); (2) mid-urban (towns; n = 75, 37%); and (3) rural and remote backgrounds (n = 29, 14%). There was no indication of gender gap or age difference among the three groups. However, significant differences were recorded in most academic and research indicators. Students from highly urbanised backgrounds reported the best grade point average (p = 0.022). Students from rural and remote backgrounds most commonly reported a study year failure (p = 0.032), with 17 (59%) cases, compared with 32 (32%) and 31 (42%) cases in high and mid-urban ones, respectively. Rural and remote students were also the most likely to experience multiple years failure (p = 0.030), were the least often involved in research projects (p = 0.002), and reported the least interest in career supplemented with scientific research (p = 0.015). Finally, students from rural and remote backgrounds were the least commonly involved in extracurricular activities, such as membership in student organizations (p = 0.005), or various hobbies (p = 0.009). However, 12 (41%) of rural and remote students were likely to seek employment in rural and remote areas, compared with a much lower percent among high and mid-urban students, with 16 (16%) and 16 (21%) students, respectively (p = 0.014).
Conclusion: This study exhibited significant differences in the academic performance and research involvement of students coming from urban and rural backgrounds. Students from highly urbanised background reported the best academic indicators, while students from rural and remote backgrounds reported the poorest. Implementation of a rural students' support program should be strategically planned and carried out, because students from rural backgrounds in more than half the cases experienced a study year failure. Because students from rural and remote backgrounds were the most likely to prefer employment in rural and remote areas, they present a valuable resource for reduction of disparities in health workforce geographical distribution.

Issues related to rural and remote medicine are widely distributed in medical science. A search of the Medline database reveals that there are 23 scientific journals related to various aspects of rural and remote health. The majority of articles from those journals come from large countries with isolated human settlements, for example Australia1, Canada2, and USA3, or from countries facing problems in the provision of health care in rural and remote areas.

A smaller number of published articles deal with the reverse phenomenon, the arrival of students from rural and remote backgrounds at medical schools in urbanised surrounding. Such students experience a number of novel and specific problems. Separation from family and friends, introduction of new cultural norms and financial issues are among the most commonly reported issues4. All these negative issues could hypothetically have a powerful effect on students' performance in highly demanding educational systems, such as medicine.

The aim of this study was to compare the academic performance and research involvement of medical students coming from rural and urban backgrounds in Croatia.

We analysed the final (sixth) year Zagreb University Medical School students' academic performance and scientific involvement. Students were surveyed during the academic year 2004/2005, several months prior to their graduation. Surveys that contained insufficient information or intentionally misleading answers were excluded from the study (n = 7).

Several questions regarding research involvement had open-ended answers, which were categorized. Data were analysed in three-by-two contingency tables with c2 test. Fisher's exact test was used in contingency tables with too few cases for a c2-square to be used (less than five). We used the Kruskal-Wallis test in the analysis of grade point average and age, due to non-normal data distribution. Statistical analyses were performed with SPSS software, vers. 12.0.0 (SPPS Inc, Chicago, IL, USA), with significance set at p <0.05.

The final sample consisted of 204 respondents (out of 240 enrolled students; response rate 85%). Most students were from highly urbanised background (n = 100, 49.0%), and least students were from rural and remote backgrounds (n = 29, 14.2%). There was no indication of gender gap or age difference among the groups (Table 1).

Table 1: Comparison of the three groups of students in relation to their background

Students from a highly urbanised background reported the best grade-point average (Table 1). Rural and remote students were the most likely to experience failure in any study year. Multiple year failures were also commonest among rural and remote students (Table 1). Analysis of failures per each study year showed significant differences in the first and third study year. Most students from the entire sample reported failure in the third study year (33 students, 16.2%).

The results presented in this study reveal substantial differences in self-reported academic performance and research involvement among the three groups of students coming from various urbanisation backgrounds. Students from a highly urbanised background reported the best academic and research indicators, closely followed by the mid-urban students.

This study exhibited rather homogenous student population in Zagreb University Medical School, with no age difference or gender gap among the three groups investigated. Such findings are unusual, because some studies exhibited significant age differences between rural and urban students3, and a higher interest for employment in rural areas among women11. Lack of a gender gap is even more interesting knowing that women predominate at the Medical School, University of Zagreb, being almost two-thirds of the entire student population12,13.

Rural students were the most likely to fail a study year, and also experience multiple years' failing. Differences in failing the first study year could possibly be explained by the effect of rural and remote students adaptation to a new lifestyle, although without supporting data this assumption remains hypothetical. The differences in the third year failure might be a reflection of increased curricular encumbrance (third year consists of four major subjects: pathology, pathophysiology, pharmacology and microbiology), which seems to have mostly affected rural and remote students. The finding that most students in the entire sample failed the third study year might support the hypothesis of increased curricular encumbrance during the third study year. The impact of rural and remote background did not cease even in the extracurricular activities, with urban students more commonly reporting involvement in student organizations and various hobbies.

Students from highly urbanised backgrounds most commonly reported involvement in research projects, while those from rural and remote background were least often involved in such projects. A similar outcome was recorded in students' attitudes to research involvement in their career. A previous study reported that students who do not plan a research career are more likely to choose family medicine and obtain employment in rural and remote areas16. The current study indeed identified rural and remote students as the most likely to pursue long-term careers in rural and remote areas. This makes them a highly valuable resource for programs aiming at development of the health workforce in underserved areas of Croatia. Such areas include counties affected by the 1991-1995 war in Croatia, isolated and underdeveloped geographical areas, and remote Adriatic islands. The scientific literature abounds with examples of studies that reported a positive correlation of rural and remote background with employment in similar areas5,16-18. Various programs have been developed which increase support to rural students, aiming to reduce the gap between rural and urban workforce demand. One of the simplest solutions has been increasing the number of students from rural and remote backgrounds, with some of the first examples set in motion as far back as 197419. The results of this approach, combined with a special education program, were later evaluated, indicating the positive impact of a program on physician retention in underserved areas20. Opening a specialized medical school, such as Jichi Medical School, provides an additional example that a unique approach to undergraduate education can provide an effective way of yielding more physicians with increased interest in employment in rural and remote areas21.

However, programs dealing with the rural and remote physician shortage require interdisciplinary approaches22, preferably on a national level17. One approach in solving this problem is providing tailored scholarships that attract people to underserved areas23. The Croatian Ministry of Science, Education and Sports developed a program of state scholarships in areas of special state interest24. A total of 150 scholarships are awarded yearly in all schools within the university. Students who accept these scholarships are obliged to work in areas of special state interest after graduation, for a period of time defined in the award conditions (usually of equal length to the scholarship duration). However, evaluation of these scholarships has not been publicly available.

A shortcoming of the present study is the use of self-reported data, and possibly recall-biased survey data. Due to the lack of strict definitions of rurality, some group miss-classification may have occurred. To overcome this problem, we divided students into three groups, gradually increasing the urbanisation level. Additionally, the results reported here may vary yearly. A continuation of the survey in forthcoming cohorts might confirm the finding of the unfavourable effect of rural and remote background on students' academic and research performance at Zagreb University Medical School.

14. Golubic R, Golubic K. What do grades in clinical subjects depend on? Case study of the Zagreb University School of Medicine. Croatian Medical Journal 2004; 45: 67-71.

16. Senf JH, Campos-Outcalt D, Kutob R. Factors related to the choice of family medicine: a reassessment and literature review. Journal of American Board of Family Practice 2003; 16: 502-512.

24. Ministry of Science, Education and Sports of Republic of Croatia. State Scholarships. Available at: http://public.mzos.hr/default.asp?ru=301≷=&sid=&jezik=2 (Accessed 12 April 2006) (in Croatian).
This PDF has been produced for your convenience. Always refer to the live site https://www.rrh.org.au/journal/article/530 for the Version of Record.