Quail poisoning in a child 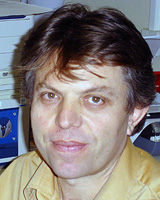 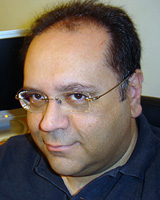 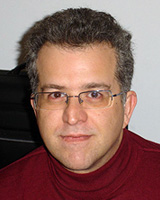 Context: It has been well known since ancient times that the consumption of quail may be deleterious to health. The European quail sub-species (Coturnix coturnix coturnix), common to Europe, North Africa, and western Asia is indeed potentially poisonous to humans, but only during the autumn migration (not during their return flight in spring). Quail poisoning is an acute dietary-toxicological syndrome.
Issue: In this case report, we describe a rare, non-fatal case of quail poisoning in a 12-year-old boy. The victim was admitted to hospital 5 hours after the consumption of quail because of the signs and symptoms, as well as laboratory findings (elevation of serum muscle enzymes, myoglobinuria) significant of acute rhabdomyolysis. He was treated symptomatically with bed rest, forced continuous diuresis, urine alkalization, and maintenance of fluid and electrolyte balance. The victim recovered completely without sequelae after 8 days hospitalization.
Lessons: The aetiology of this syndrome is still unclear. It has been suggested that a toxic effect or a genetic sensitivity plays a major role. Many cases of quail poisoning in adults have been reported previously on the island of Lesbos during autumn. To our knowledge, this is the first case reported in a child.

Quail poisoning is an acute dietary-toxicological syndrome developed after consumption of migratory quails in autumn. The clinical manifestations and the laboratory findings of the syndrome are those of acute rhabdomyolysis.

Old world migratory quails (genus Coturnix) are classified by morphology and territorial range into three subspecies. The European sub-species (C. coturnix coturnix), common to Europe, North Africa, and western Asia, is potentially poisonous to humans. The Asiatic (C. coturnix japonica) and African (C. coturnix africana) sub-species are not known to be toxic. Quails migrate twice yearly. The eastern flyway begins in the Great Lakes region of East Africa and is characterized by a relatively northward flight along to Nile basin to Egypt, where the flyway splits into its eastern and western components. The eastern sub-branch extends across Israel, Jordan, Lebanon, Syria, and Turkey, and terminates in southwestern Russia. The western sub-branch crosses the Mediterranean at its broadest point and extends across mainland and insular Greece, where the quail ultimately breed in eastern Europe. Quails are toxic only during the southern, autumn migration, but not during the northern return flight in spring1. Thus, all cases of quail poisoning in Greece have been noted in autumn, because migrating quails stop for one day on the island of Lesbos2,3.

It has been well known since ancient years that the consumption of quail can be deleterious to health (coturnism). The Bible mentions a group quail poisoning of Israelites during the exodus4. Similar cases are reported by Didymus of Alexandria, Lucritius, Plinius the elder, Cassianos Vassos, Galen, and Αvicenna, and are attributed to the fact that quail eat poisonous seeds such as those of hemlock, hellebore and aconite5-10.

In recent years there have been many reports of quail poisoning in adults11-15. The vast majority of reports come from Greece during autumn, especially from the island of Lesbos, a small island in the East Aegean Sea2,3,16-18,19-24. To our knowledge, the case we report is the first in a child.

On 12 September at 19.00, a 12-year-old boy was admitted to hospital because of sharp muscular pains (especially in the lumbar region, dorsum, upper and lower extremities), weakness, muscular fatigue, cramps, walking disability and dark urine. The symptoms commenced suddenly one hour before his admission and 5 hours after quail consumption. The boy reported that that morning he had returned to school after the summer vacation and returned home excited and tired. After his midday meal he remained at home, but did not take a midday nap. There were no upper or lower respiratory tract symptoms (including dyspnoea). No drug allergies or food sensitivities were reported.

Physical (including detailed neurological) examination was normal apart from muscle pain; there was no oedema, inflammation or fever. Tendon reflexes and eye movements were normal.

It was mentioned that the boy had consumed quail in the past with no complications. Furthermore, he had shared the particular disease-causing meal with other members of his family, who had no symptoms and were not examined. Quail consumption was not rare in his family and had always been harmless. The family declared they would not eat quail again after the boy's illness.

The victim was treated symptomatically with bed rest, forced continuous diuresis, urine alkalization by intravenous administration of sodium bicarbonate, maintain of fluid and electrolyte balance, and administration of a mild analgesic (paracetamol).

These measures resulted in the resolution of muscle weakness and pain, and the normalization of urine color on the second day of his hospitalization. The victim recovered completely after 8 days hospitalization without sequalae. The serum muscle enzyme activity was elevated during the next 3 days and then improved progressively and was normalized on the eighth day as is shown (Table 1).

The syndrome we describe had the typical clinical manifestations and laboratory findings of quail poisoning: these are the same of those of acute rhabdomyolysis. In adults, the symptoms typically develop 1 to 9 hours after quail consumption20. In our patient, the symptoms developed 5 hours after the meal. There were no clinical or laboratory differences between our case and quail poisoning in adults. Even the most prestigious textbooks of paediatrics contain little data on quail poisoning in children, and no difference between child and adult cases are noted.

Muscular fatigue before and especially after quail consumption accelerates the appearance of symptoms. Thus, persons at rest develop symptoms 7-9 hours after the meal, while active individuals develop symptoms in 1.5-3 hours. Furthermore, the greater the exertion, the more serious the course of the disease. Rest after quail consumption may reduce or prevent the development of symptoms. This explains why in 80% of the cases of quail poisoning the symptoms develop soon after the meal, and in only a proportion of 20% some time afterwards2,3,19,21.

The syndrome commences suddenly with sharp, intense muscle pains in the legs, arms, and the trunk (never in the head), according to the extent of recent activity. The pain spreads quickly and is intensified by every movement20. Sometimes muscular weakness of varying degree or complete paralysis precedes or coexists with the pain24. Brownish or reddish urine may appear soon and, rarely, in some severe cases acute renal failure follows2,21,25,26.

Clinical examination reveals no particular findings except for tenderness of the proximal muscles of the extremities, and pain on palpation.

The abnormal laboratory findings are produced by injury to skeletal muscles. That results in the leakage of intracellular contents from myocytes into the plasma (rhabdomyolysis). Thus, an elevation of serum CPK, AST, ALT, LDH and serum aldolase is noted; these improve progressively during the following days. Myoglobinaemia is also present. Urine analysis reveals the presence of myoglobine or/and evidence of myoglobinuric renal failure21. Myoglobinuria resolves within hours, while the other findings resolve within 2-10 days.

The course of the syndrome is generally short with a good prognosis. Symptoms last between 3 and 6 days. In severe cases that are complicated with acute myoglobinuric renal failure, the duration of the syndrome and hospitalization is longer18,21 because dialysis may be necessary21.

The recent epidemiological issue of avian flu presents some similarity on the basis of birds' migration, but the differential diagnosis is easy because in the quail syndrome there is no fever or upper respiratory tract symptoms.

The diagnosis of quail poisoning is not difficult, based on a detailed history (seasonal quail consumption during autumn, and the regional distribution of the syndrome), the clinical manifestations and laboratory aspects. An early diagnosis and immediate intensive treatment may prevent the development of the life-threatening manifestations of acute rhabdomyolysis, such as disseminated intravascular coagulation, hyperkalaemia, acute myoglobinuric renal failure and acute cardiomyopathy27-29. In our case, symptomatic treatment (bed rest, forced diuresis, urine alkalization and analgesics) was successful and no complications were noted.

Quail poisoning has a high prevalence in the island of Lesbos during autumn, where the vast majority of cases have been noted (between 1950 and 1977, 120 cases were reported1). The case we described is unique and, to our knowledge, is the first reported in a child.

The pathogenic basis of quail poisoning is not completely clear. It is attributed to genetic sensitivity (a hereditary enzyme deficiency2,24) or/and a toxic effect, perhaps due to previous consumption of hemlock seeds by the quail23,24. These seeds come from the plant Conium Maculatum which contains conine and closely related alkaloids expressing a curare-like action and nicotine effects on autonomic ganglia, a strychnine-like convulsant action. These toxic actions have been known since antiquity. Thus, poisoning by consumption of migratory birds such as quail, which were contaminated by eating toxin-containing hemlock, was explained. Interestingly, hemlock seeds do not lead directly to quail mortality3,11,21,22,28. However, in spite of the long-recognised toxic actions, non-neurological manifestations such as rhabdomyolysis have been described in recent decades.

Quail poisoning is a rare cause of acute rhabdomyolysis in adults (and, apparently, in children), and it should be considered in a geographically and temporally appropriate situation (eg the Mediterranean in the autumn) where patients experience unexplained rhabdomyolysis. Once other causes are ruled out, treatment is mostly supportive and the disease's course is benign. More clinical, genetic, histochemical and biochemical studies are necessary to clarify the pathogenic mechanism of the disease.

This PDF has been produced for your convenience. Always refer to the live site https://www.rrh.org.au/journal/article/564 for the Version of Record.