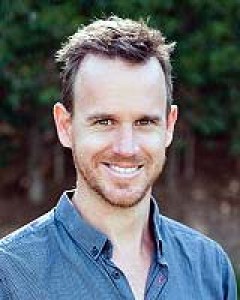 Context:  Solomon Islands is a small developing island state located in the south-western Pacific Ocean. A population of approximately 680 000 people live on more than one-third of the 992 islands that make up the country. Approximately 80% of the population reside in rural areas, many in remote, difficult to reach and poorly serviced island settings.
Issue:  In May 2019, the national surveillance system detected a rumour of a severe diarrhoea outbreak in a very remote and isolated community on Anuta Island, located halfway between the Solomon Islands archipelago and Tuvalu. This communication reports on the investigation and response to the outbreak, which affected 50 people (attack rate of 21.5%) and caused four deaths (case fatality rate of 8%). The authors highlight the system challenges faced in mounting the response and provide suggestions that may help overcome them.
Lessons learned:  The outbreak highlighted the challenges in detecting and responding to outbreaks in remote and rural areas of the Pacific Islands, and the limitations of rumour surveillance as a relied-upon surveillance strategy. The outbreak emphasises the need to build local capacity to detect, report and respond to outbreaks and the need for policy frameworks that ensure remote communities receive adequate health protection services.

Solomon Islands is an island nation situated in the south-western Pacific Ocean, approximately 1800 km north-east of Australia (Fig1). The population of 680 806 (2019 estimate) resides on more than one-third of the 992 islands that make up the country1-3. The majority (estimated as 88%) of the population resides in rural areas, with 60% living in villages of less than 200 people1,3-6. Solomon Islands is one of the least developed countries in the world and is ranked 153 of 189 countries on the United Nations Human Development Index7. Civil unrest, small and isolated populations, chronic workforce limitations, limited investment in information and communication technologies, and a fragile health system make outbreak early warning surveillance in Solomon Islands difficult4,5,8. Despite these challenges, a syndrome-based outbreak early warning surveillance system operates, with 14 sentinel sites (the national referral hospital in Honiara, community clinics in Honiara, and most provincial hospitals) contributing data every week4. This surveillance system does not capture data from most rural and remote areas of Solomon Islands, and hence detection of outbreaks occurring in these settings relies on alerts raised by astute clinicians or the public, or rumour surveillance (a passive surveillance method involving the scanning of media and social channels to identify surveillance signals that may indicate an outbreak is underway)4. Disease outbreaks are common in Solomon Islands , with several epidemics challenging the country in recent years5,9-14.

Adhering to the guiding principle of universal health coverage, the Solomon Islands Ministry of Health and Medical Services (MHMS) pursues a model of ‘people-centred integrated care’ with the goal of improving the range and quality of services available to the population15. Guiding action to achieve universal health coverage in Solomon Islands is the National Health Strategic Plan 2016–202016 and the associated Role Delineation Policy of Solomon Islands17,18. These documents specify the roles and responsibilities of facilities at different levels of the health system, what services ought to be available, and who should provide them. While these documents note the need for outreach to rural and remote communities that do not have a health facility within easy reach, details of what services are to be provided and how often are not stipulated.

Anuta Island – located in Temotu Province, halfway between the Solomon Islands archipelago and Tuvalu – is one of the most isolated places on earth (Fig1). While the population of Anuta is small (n=233), the island is densely inhabited (approx. 583 people/km2). Dwellings on Anuta are clustered around the southern shore of the island in three settlement areas: Mua, Muri and St John. Anutan society is organised as a hierarchical Polynesian chiefdom with clan (kainanga) rank, age, sex and proximity to chiefly line determining social status. The chief of the senior clan is known as Te Ariki i Mua (‘the chief in front’) and chiefs of junior clans known as Te Ariki i Muri (‘the chief in back’). High value is placed on traditional customs, practices and beliefs. Within this dogma, illness may be attributed to the activity of spirits or the result of the violation of taboo19,20.

Anuta has no electricity, reticulated water or sewerage, or telecommunication infrastructure. There is no shortwave radio on the island. Housing is rudimentary and often constructed from local materials using vines and palm leaf thatching for walls and roofs. There are no health facilities or trained health workforce on the island, and hence Anutans rely on traditional medicines, sporadic health outreach or services provided at the provincial hospital in Lata, a 27-hour boat trip away. A passenger-carrying ship plies the Anuta-to-Lata routine about once every eight weeks (S. Manu, personal communication, 18 May 2020). 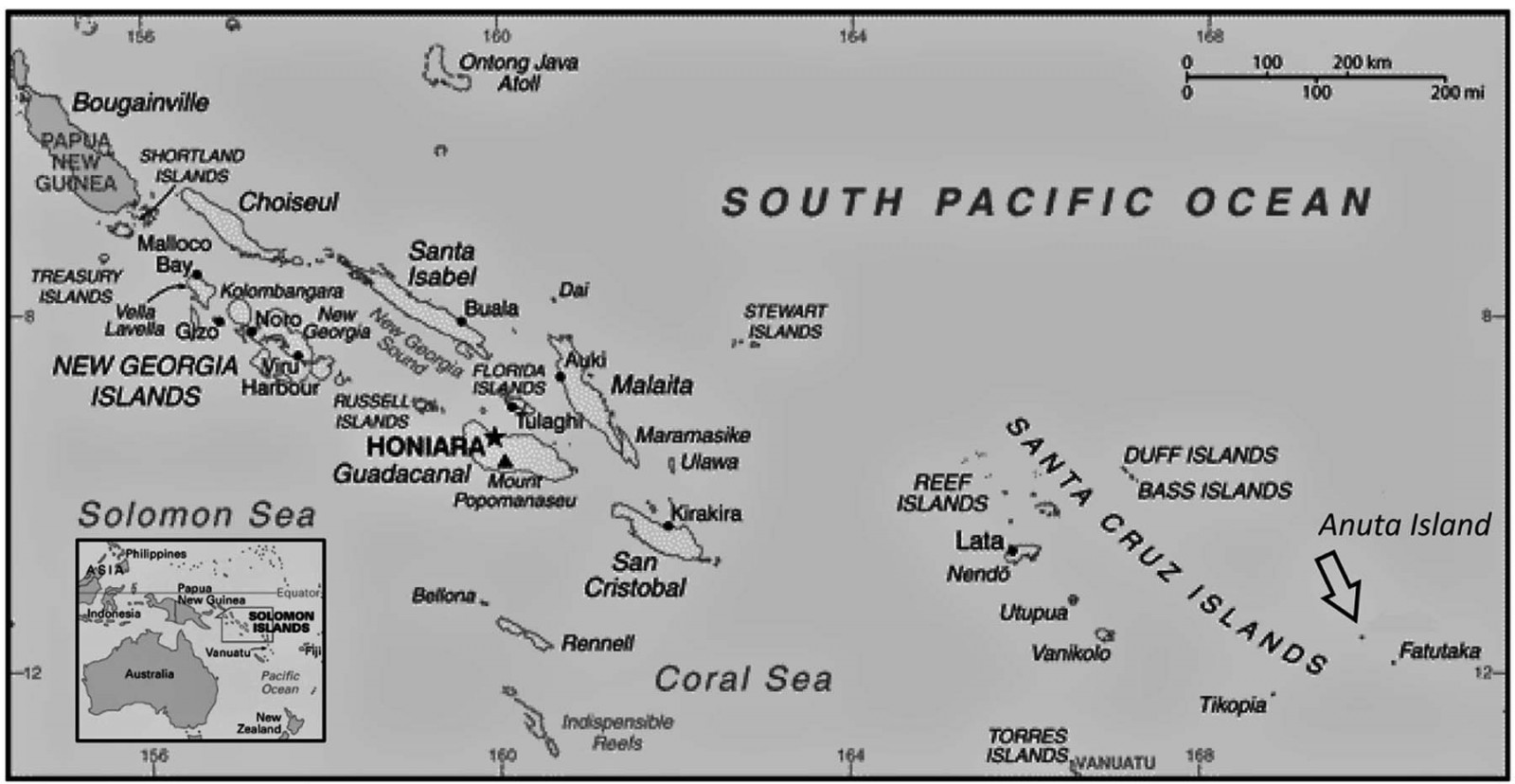 Figure 1:  Map of the Solomon Islands, highlighting the location of Anuta Island.

On 16 May 2019, Solomon Islands Broadcasting Corporation reported a rumour of a ‘severe diarrhoea outbreak’ on Anuta Island that included at least three deaths. They based their report on that of an Anutan resident who recounted the event by shortwave radio from Vanikoro Island, located approximately 300 km west of Anuta21.

When the outbreak signal was detected, the MHMS alerted the Temotu Health Office (located in Lata, Temotu Province) of the potential event. Plans were made to deploy a team from Lata to investigate and, if required, implement clinical and public health control measures. As a government boat was unavailable, a commercial vessel was commissioned.

The vessel departed Lata on 30 May 2019, carrying a response team including a doctor, surveillance officer, nurse educator, health promotion officer, laboratory technician and environmental health officer. The vessel arrived at Anuta the next day and, after discussion with island leaders (including the Te Ariki i Mua), set up a makeshift clinic in Mua to treat ill patients. The following day, an epidemiological investigation involving active and passive case finding, interviews, environment inspection and specimen collection commenced.

Two outbreak case definitions were established. An outbreak-associated diarrhoea case was any person with fever and acute diarrhoea, abdominal pain or vomiting with onset between 1 April and 31 May 2019. An outbreak-associated dysentery case was any person meeting the diarrhoea case definition who also self-reported having had bloody stool. Cases were identified through consultation with island leaders and the school teacher, word-of-mouth advertising and referrals from patients interviewed.

The index case’s illness onset was reported as 1 April 2019. The onset date for the most recent patient was 29 May 2019. Females (n=31; 62%) and children aged less than 9 years (n=13; 26%) were the most affected. Demographic information on the island’s population was not available; however, based on the Temotu Province profile, the island is likely to have a large youth population. Forty-seven (94%) cases reported having abdominal pain and 18 (36%) vomiting. The clinical team hypothesised the outbreak was caused by the bacteria Shigella that, due to the number of dysentery cases, was potentially of the S. dysenteriae species. This hypothesis was not definitively confirmed.

Sixteen structured case interviews revealed initial patients became ill in the days following a public gathering at which most (if not all) of the island’s population attended and shared communally prepared food. Due to the lag in time between the event and the interviews, food consumption recall was poor, and no unique common food source was identified. Interviews suggested patients had a rudimentary understanding of food and environmental hygiene, and lacked the resources (ie running water/soap) required to maintain sanitary conditions. Food was typically prepared outdoors, and refrigeration was not available. The environmental inspection found animal–human cohabitation to be common and, due to lack of toilet facilities, open defecation the norm.

Stool specimens from two cases that were symptomatic at the time of the team’s visit were collected and transported with the team to the provincial hospital in Lata for basic bacteriological testing; time from collection to testing was approximately 3 days. No enteric illness-causing pathogens were identified, which given the delay in testing is to be expected. Four water samples (one from a natural spring, two from a communal water pipe and one from a household water storage bucket) were collected. All tested positive for E. coli contamination by rapid test.

This short communication draws on secondary data (ie government reports, situation reports and other communication). Permission to use these data has been obtained from the Solomon Islands Ministry of Health and Medical Services.

The outbreak is noteworthy as it highlights the challenges Pacific Island health authorities face in delivering health protection services to remote and isolated populations. In particular, the outbreak highlights the need for surveillance strategies able to detect outbreaks that occur in rural and remote communities. This is particularly important in Solomon Islands, where health services are typically located in urban centres, distant and inaccessible to rural and remote communities.

The limitations of rumour surveillance for the detection of outbreaks occurring in remote areas must be recognised and strategies developed to address early warning surveillance coverage and sensitivity deficits. Event-based surveillance approaches that support the immediate reporting of suspected public health events by local health workers and/or community members may provide a feasible mechanism to improve the timely detection of outbreaks that occur in remote locations22. The infrastructure required for event-based surveillance (eg a shortwave radio or satellite phone) would provide the foundation for communication between health authorities and remote populations, allowing both the timely collection of outbreak intelligence and the provision of clinical and public health advice.

The Anuta outbreak highlights the challenges for achieving universal health coverage. While the national plans16,17 to achieve universal health coverage are bold and commendable, further policy consideration is required to ensure those at the periphery of the system also have access to curative, health-protecting and health promotion services. A strategy to train, resource and support village members to provide basic clinical and public health services to their communities, ensure stock (or access to stock) of essential supplies are available, and a means to access higher levels of care, if needed, should be considered. In addition, systems that support the rapid deployment of health teams and resources from national and provincial levels to support local response efforts are required.

The Anuta outbreak, while tragic, is not unique in the context. It highlights the need for context-relevant solutions that ensure remote communities receive the best possible health protection services that circumstances allow.

We acknowledge the tremendous work of the team that responded to the outbreak, and the Anuta Island community members who supported them.

This PDF has been produced for your convenience. Always refer to the live site https://www.rrh.org.au/journal/article/5787 for the Version of Record.