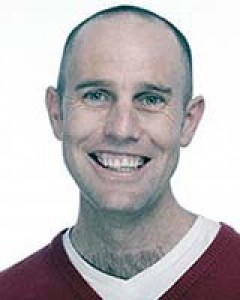 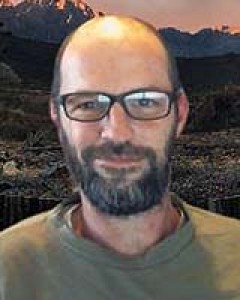 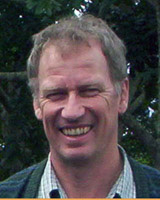 Surgical care has long been considered too exclusive and uneconomical to be a public health priority1,2, despite one third of the total global burden of disease being attributed to surgical conditions3. Furthermore, five billion people worldwide do not have access to safe and timely surgical care, the majority of whom live in low- and middle-income countries (LMICs) including sub-Saharan Africa4.

The Lancet Commission on Global Surgery has highlighted surgical care as an important component of universal health coverage, urging the world to make surgical, anaesthetic and obstetric services a priority on the global health agenda4. In 2015, the World Health Assembly passed a declaration stating that timely and safe essential and emergency surgical care (EESC) was a key component of universal health coverage and that district hospitals should be the backbone of EESC1. The World Bank further described 44 EESC procedures, 28 of which were categorised as district-level procedures5. In order to achieve equitable access to EESC, strengthening surgical health systems, especially at the district level, requires prioritisation.

The case for developing EESC (which includes the provision of surgery, anaesthesia and obstetric care) at rural district hospitals is compelling. Health care provided closer to the community has been shown to have improved outcomes for people with other types of medical conditions, to reduce patient out-of-pocket expenditures and improve health-seeking behaviour6. In some LMICs, there are long delays to surgical care at higher level hospitals (regional and central hospitals), which can result in increased mortality7-9. A higher level of EESC provided by district hospitals would greatly improve equitable access for patients and decrease the burden on higher level hospitals10,11. Increasing the surgical capacity of rural district hospitals has been recently cited as a key component of health systems strengthening in LMICs and might improve surgical access12. For example, EESC will bring specific transferrable skills to rural hospitals, such as airway and trauma management, thereby increasing the overall capacity to care for emergency and critically ill patients. During the current COVID-19 pandemic, these skills are proving to be particularly important.

There are challenges to increasing district hospital EESC. District hospital surgical services can vary greatly within and between countries, especially in rural areas. Previous studies have reported variable EESC LMIC capacity at rural district hospitals because of lack of appropriate facilities, trained surgical staff or support by higher level hospitals13-17.

South Africa’s Stellenbosch University recently approved the establishment of a Centre for Global Surgery in the Department of Global Health, Faculty of Medicine and Health Sciences, which works towards the vision of a world with equitable access to quality surgical care for all. Such initiatives have been growing around the world, in response to the recommendations of the Lancet Commission on Global Surgery4, but this is one of the first such centres in Africa. The centre facilitated a workshop on providing quality EESC at rural district hospitals at the 23rd Annual National Rural Health Conference in Port Shepstone, South Africa in September 2019. The discussion provided useful insights into aspects of rural surgical care in LMICs.

The workshop was attended by 20 participants including surgeons, family physicians, generalist doctors and clinical associates (physician assistants). An overview of global surgery and universal health coverage was given, followed by preliminary results of a national survey on surgical capacity at South African district hospitals. Two plenary sessions with group discussions were then held. The first plenary session addressed understanding and meeting the training needs of generalist doctors in rural areas and examined how surgeons, anaesthesiologists and obstetricians working at higher level hospitals could play a role. The second plenary session explored how technology, such as the use of mobile health platforms, could improve communications to facilitate patient co-management and patient transfer between district and higher level hospitals. The following challenges and solutions were identified.

Participants reported that one barrier to providing EESC at rural district hospitals was a lack of an appropriate number of healthcare professionals to form safe surgical teams. To conduct EESC, there needs to be a surgical provider, an anaesthesia provider, theatre personnel and recovery room personnel. For example, in some hospitals, only one doctor with surgical and anaesthetic skills was available to perform the operation. At other rural district hospitals, the rate-limiting factor was the lack of theatre personnel, especially scrub or recovery room nurses.

Another significant challenge was the lack of appropriate levels of skills and training for rural healthcare professionals – which includes doctors, nurses and clinical associates – to provide EESC. Without standardised surgical, obstetric and anaesthetic training across medical schools and internship, EESC skills of rural South African doctors are variable. Some participants reported their surgical skills were self-taught. Family physicians, who have trained in certain surgical procedures, work at many district hospitals; however, most of these facilities only have one of these specialists, which is not enough to form a safe surgical team or provide full time cover. Participants described surgery as the ‘fear of the unknown’ and reported feeling inadequately equipped to care for people with many EESC conditions.

Poor communication and lack of support

Poor inter-facility communication was identified as a significant barrier to providing EESC at rural district hospitals. Rural healthcare professionals expressed difficulty referring patients to higher levels or obtaining advice on surgical patient management, mostly due to long delays in reaching specialists by phone, bed shortages at referral centres and limited timely ambulance services. Provision of EESC at rural district hospitals by non-specialists is not always adequately supported by specialists from higher level hospitals. Participants reported feeling that they would be criticised by secondary- and tertiary-level hospital surgeons if they attempted surgical procedures and subsequently had poor outcomes. Even when rural healthcare professionals had adequate training for certain surgical procedures, these procedures might still not be performed due to fear of criticism. In addition, training was limited by the lack of formalised mentorship from specialists, outreach, and inreach opportunities.

The above problems are compounded by the fact that rural district hospitals often have a mismatch of skills and resources. For example, some have the appropriate infrastructure, such as functional operating theatres and anaesthetic machines, but no skilled surgical or anaesthetic personnel to use them. Other facilities have healthcare professionals skilled to perform surgical and anaesthetic procedures but no physical resources to do so. Some district hospitals are too small with too few staff to conduct operative procedures at all.

Another challenge is the lack of a specific national mandate for the role of the district hospitals in EESC provision in many LMICs. Without a national surgical, obstetric and anaesthesia plan that designates the role of each level of hospital, health districts often leave surgical care to higher level hospitals. This has resulted in a lack of direction regarding training needs. In addition, policies from higher level hospital surgical, anaesthesia and obstetric departments regarding which procedures should be performed at the district level are inconsistent or non-existent, thereby compromising supervision and support. This results in people with surgical conditions often being referred unnecessarily to higher level facilities for further management, leading to overburdening of these facilities and delays to care.

There are many challenges of EESC provision at rural district hospitals making healthcare professionals more likely to refer people with surgical conditions to higher level facilities rather than provide the care at their own facility. In response to the concerns raised, participants generated several solutions that could improve EESC at rural district hospitals (see Table 1).

Each health district should establish a surgical task team to determine how district hospital EESC will be delivered for the catchment. The task team should include stakeholders from all facilities, such as specialists from second- and third-level hospitals as well as rural district hospital doctors. Service delivery solutions may vary between health districts because they are unique in catchment size, number and types of hospitals, and distances between facilities19. For example, in a metropolitan area, transport time from district- to tertiary-level hospitals may be less than half an hour, while in an LMIC rural area it may take more than eight hours to transfer a patient due to a shortage of ambulances, long physical distances or poor roads20-22.

Explicit in the task team’s mandate is determining the role of each district hospital in EESC based on district surgical needs and the capacity of the secondary and tertiary hospitals. Buy-in for district hospital EESC is critically needed by specialists, who so often consider surgical care delivered by non-specialists to be second rate. Inreach, rotation of rural doctors at secondary- and tertiary-level hospitals; and outreach, rotation of specialists at the district hospital level, can be effective in ensuring a team approach. Incentives to encourage rural doctors to increase their surgical skills can include fast track into a surgical postgraduate training program and/or a credit towards a Diploma in Surgery, a 2-year program currently offered by the College of Medicine in South Africa23.

Task-sharing, or co-management by healthcare professionals of various cadres, is needed for quality EESC. Surgeons, anaesthesiologists and obstetricians from secondary and tertiary hospitals can support district hospital EESC through remote co-management, as part of a larger surgical ecosystem, rather than these hospitals functioning independently. These specialists also need to be available for timely management and referral advice. Mobile health tools, such as WhatsApp or Vula Mobile24, would greatly improve communication, capture data, and could be used as teaching platforms25,26.

Finally, monitoring and evaluation of the quality of care of district hospital EESC is essential and can be done through collection of standard indicators and shared across the health platform. These can detect the need for additional training or co-management. These audits should not be punitive but a method for identifying gaps in the system.

Rural district hospitals should be supported as an essential component of EESC provision. In the case of South Africa, as in many other LMICs, surgical capacity is not well developed at rural district hospitals due to various human resource and bureaucratic barriers. These barriers can, however, be mitigated through political prioritisation, increased support from specialists at higher level facilities, and additional training. Surgery saves lives. Rural district hospitals must improve their safe surgical provision to bring us closer to health care for all.

This PDF has been produced for your convenience. Always refer to the live site https://www.rrh.org.au/journal/article/5920 for the Version of Record.