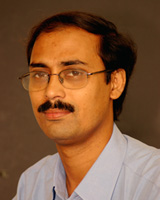 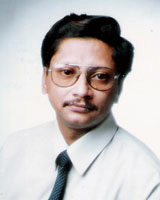 © Dr. Kalyan B. Saha, Neeru Singh, Uma Chatterjee Saha, Jyotirmoy Roy 2007 A licence to publish this material has been given to ARHEN, arhen.org.au

Indian tribal men's lack of participation in reproductive health not only damages their own health, but also contributes to the reproductive ill health of their female partners and children. In India the involvement of men in such matters is a new concept. There is a paucity of data particularly on Scheduled tribesmen's knowledge and the extent of their participation in reproductive health. This inhibits planning. The present study aims to understand the involvement of Scheduled tribesmen in reproductive health and the barriers to their involvement by generating a database from the Khairwar tribe of Central India.
Methods: A door-to-door survey on knowledge, attitude and practice relating to aspects of reproductive health was conducted by canvassing a pre-designed interview schedule among 15-40 year old, currently married Khairwar males in the Sidhi district of Madhya Pradesh, India.
Results: As far as reproductive morbidity is concerned, only 17% of the respondents had heard of HIV/AIDS, and most had no proper knowledge of its transmission. Although 74% of the respondents had heard about reproductive tract infections, the majority of them were unaware of the mechanism of transmission and seriousness of the problem. The duel role of condoms, both as a method of family planning and a protective measure against sexually transmitted infections, was also unknown to them. Approximately 59% of the males were aware of family planning but only 13% were using any method (mostly female sterilization) at the time of survey. Their view on the ideal number of children (3.56) exceeded the actual number of children born and living. High infant and child mortality influenced their preference for higher fertility. Very few among them (29%) had knowledge of antenatal care. They expressed faulty knowledge, myths and unhelpful attitudes towards sexual health matters.
Conclusion: The study revealed the male Scheduled tribe population's lack of knowledge and misinformation regarding male sexual health issues, the gender inequality in Indian society, and a lack of male-oriented reproductive health services, all of which deter men from sharing the responsibility.

The Constitution of India has recognized certain ethnic groups and categorized them Scheduled tribes. They constitute approximately 8.2%1 of India's more than one billion population, and remain a greatly neglected group. Reproductive health among Scheduled tribes is considered a 'woman's affair'. The 1994 International Conference on Population and Development, held in Cairo, Egypt, and the 1995 Fourth Conference on Women, held in Beijing, China, the need to achieve gender equity for better reproductive health was stressed2,3.

Even a decade after such landmark conferences, men's involvement in reproductive health remains a new concept in India. Since 2000, two important documents, the National Population Policy (2000) and the Tenth Five Year Plan (2002-2007), have specifically mentioned the importance of male involvement in planned parenthood, promotion of male contraceptives and control of sexually transmitted infections (STI)/reproductive tract infection (RTI)4. However, Scheduled tribes remain untouched by whatever development has been achieved in the recent past.

Madhya Pradesh is one of the poorest states in Central India and it accommodates the largest share (24%)5 of the Scheduled tribe population in the country. A look into the following maternal and child health (MCH) parameters of the Scheduled tribes from the National Family Health Survey (NFHS-2)6 data demonstrates how grave the situation is (Table 1).

One limitation of these data are that they were generated by surveying ever-married females in the age group 13-49 years and lack information on men's reproductive health. There are no data on Scheduled tribe males' involvement in reproductive health and their problems. The present study is a small effort in this direction and pilots a process, using the Khairwar tribe, which can be replicated to understand other rural tribal groups. The main purpose of this study was to capture men's awareness, knowledge, attitude and the extent of their participation in different aspects of reproductive health.

A door-to-door survey was undertaken during the year 2002-2003. The sampling was purposive and an attempt was made to interview 260 currently married Khairwar men in the age group 15-40 years in the Sidhi district of the state of Madhya Pradesh in two blocks: Kushmi and Waidhan. Care was taken to interview only one male from each household. The issues covered in the interview schedule were identified from the local areas by personal discussion and group discussions with key respondents, usually village headman, local health workers, village teacher etc. Once the schedule was designed it was pre-tested in the field with a small sample of tribal men. The schedule was also checked by the National Institute of Medical Statistics (ICMR), New Delhi. The broad aspects covered in the interview schedule are summarized (Table 2).

Ethical clearance was obtained from Regional Medical Research Centre for Tribal's (RMRCT) ethical committee, and a consent form was attached to all interview schedules.

The study population and environment

Basic characteristics of the household members and respondents

A total of 260 men agreed to be interviewed (52% response rate). The demographic characteristics of the interviewed sample are shown (Table 3). The Khairwar population is a young population with a sex ratio in favour of males. Approximately 69% of the males were found to be literate. Among the literates, most had studied up to class VIII standard.

The survey results are shown (Fig 2). Approximately 74% of the Khairwar males had heard about RTI, but very few had proper knowledge of its transmission. Only 17% of the respondents had heard about HIV/AIDS and most of them did not have proper knowledge about its mode of transmission and prevention. Approximately 19% reported that there is no harm having sex with multiple partners.

The men sought assistance from health services only when their suffering become critical. Often this assistance was from untrained traditional medicine men. Their wives usually remained untreated for any such problems. Men were more exposed to sexual activities outside the home, particularly unsafe sex. Other studies have shown that this predisposes them and their wives to STI12,13.

Khairwar men avoid the use of family planning. Although 59% of the males had heard about one or more modern methods of family planning (eg female sterilization), only 13% were using them. They were unaware of the dual role of condoms in preventing STI and avoiding unwanted pregnancy. The tribal view was that men's major responsibility was to provide financially for their families, and that childbearing and contraception were the women's role.

The study also found that even though men avoided family planning, the methods used by the women were at the discretion of their husbands. This is similar to a study from Zimbabwe, where men reported making the final decisions in contraceptive use, even when women were responsible for obtaining contraceptives14. A number of other studies also demonstrate discordance within couples regarding contraceptive use15-22. The ideal number of children refers to respondents' hypothetical view of the number of children a Khairwar family should have. Among the Khairwar men, the ideal number of children (3.56 ± 1.15) exceeded the actual number of children born and living (2.38 ± 2.13). The preference for higher fertility among males may be a product of the cultural and economic value of children, and also a persistent insecurity about children surviving to adulthood, due to high infant and child mortality in the community. The men's choice for higher fertility overrules their wives' wishes.

Although men prefer a higher number of children, they take little action to ensure the safety of their wives during pregnancy and childbirth. Only 29% of the men had heard about antenatal care, and only 12% reported having helped their wives seek such services during their last pregnancy. Almost all deliveries (95%) were at home by untrained personnel.

This study reveals that among the rural Khairwars population, a lack of knowledge of and misinformation regarding male sexuality, gender inequality, and a lack of male-oriented services deter men from sharing the responsibility in reproductive health matters.

In a patriarchal society, it is the male who makes major decisions, regulates the household economics and also imposes their views/choices on the females. Rural women cannot utilize even free, basic health services against their husbands' wishes. It is time to eliminate this gender inequality by empowering women through education, strengthening them economically, and creating grass roots level security arrangement against domestic violence, so that their word will be respected.

There is a need to adopt a comprehensive approach to reach men through health education. This health education should specifically highlight the vulnerable reproductive health of the females and the role men can play in improving their condition. Such a program should also include proximate contributors to health, such as gender equity and sustainable community development. There is also a need to strengthen the government health delivery system through appropriate training and motivation for doctors, paramedics and other village level health workers, on the different aspects of reproductive health in rural areas. There should be special incentives for working in rural and remote areas. Provision is required for counseling and treatment of both male and female reproductive health problems. Additionally, training the traditional medicine men and private health practitioners, who are popular in rural areas, on the diagnosis and treatment of minor reproductive health problems could assist. Female centred family welfare programs could possible expand to look at couples, rather then only females.

From this study it is evident that Khairwar men have a two-fold responsibility. First, they must be a supportive partner to their wife. Second, they must take care of their own unmet reproductive health needs. Although our suggested strategies have focused on the males, we believe that men and women can be equal agents of change for sustainable development. A stronger partnership between men and women means healthier families.

The authors sincerely acknowledge Professor Arvind Pandey, Director, National Institute of Madical Statistics (ICMR), New Delhi for his help in improving the study design and survey instrument. Acknowledgements are due to Dr AP Dash, Director, National Institute of Malaria Research (ICMR), New Delhi for his support. The authors also acknowledge Regional Medical Research Centre for Tribals (RMRCT), Jabalpur for providing the facility. Thanks are due to Dr DC Jain and Mrs Ujwala Das, Research assistant at RMRCT for providing help at the time of preparation of the manuscript.

4. Khan ME, Panda P. Involving men in reproductive health in India: Policies, programs and achievements. The Journal of Family Welfare 2004; 50: 57-70.

This PDF has been produced for your convenience. Always refer to the live site https://www.rrh.org.au/journal/article/605 for the Version of Record.