Necrotizing otitis externa: an often unsettling disease in rural and remote Greek areas. The crucial role of family physicians in prevention and treatment 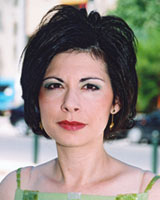 Malignant or necrotizing otitis externa, a potentially lethal infection, is considered to be a complication of external otitis. It occurs primarily in elderly persons who have diabetes mellitus or other predisposing factors such as immunosuppression due to chemotherapy, steroid administration or HIV1-3. The disease starts in the external auditory canal and spreads to adjacent soft tissue, cartilage and bone. Although there is often a pre-existing otitis externa, progression to invasive disease is usually rapid4,5. The pathognomonic sign is the presence of active granulation tissue in the external auditory canal at bone junction or cartilaginous portion. The diagnosis is based on clinical presentation and supported by laboratory test results and imaging studies6. Necrotizing otitis externa is difficult to treat, and the mortality rate is high. Treatment includes correction of immunosuppression when possible, local treatment of the auditory canal, long-term systemic antipseudomonal therapy and, in selected patients, surgery. The excellent antipseudomonal activity of the fluoroquinolones Ofloxacin and Ciprofloxacin has made them the treatment of choice, although a combination of a aminoglycoside and beta-lactam antibiotic is also very effective7,8.

At the Department of Otorhinolaringology of the University of Athens, Greece, over a 5 year period, between January 2000 and March 2006, 21 patients were diagnosed with and treated for malignant otitis externa. Ten patients (47.6%) had insulin-dependent diabetes, eight patients (38.1%) had non-insulin-dependent diabetes and two patients (9.5%) had diet-controlled diabetes. Only one patient (4.8%) was immunodepressed following chemotherapy. The age range was 40 to 88 years old. (mean 63 years). Twelve of the patients were male and nine were female. Only four of these 21 patients were from Athens. The remaining 17 patients were residents of different Greek prefectures. Five patients were from the suburbs of Athens, and 12 were from more rural areas relatively distant from general hospitals (Highland Corinthia, Arcadia). Ten of these patients were first treated by family physicians in remote areas.

The onset of symptomatology was 6-8 weeks prior to admission, and the symptoms were unilateral nocturnal otalgia in all patients, unilateral otorrhea in ten patients (47.6%), facial nerve palsy in one patient (4.8%), perichondritis in one patient and Gradenigo's syndrome in one patient. Gradenigo's syndrome is characterisized by otorrhea, ipsilateral irritation of the trigeminal nerve and abducent paralysis, often accompanied by osteomyelitis. Physical examination showed typical granulation tissue on the tympanic membrane and the external auditory meatus. Cultures of ear discharge otorrhea revealed Pseudomonas aeruginosa in 13 cases, Candida species in three cases, Staphylococcus aureus in one case and negative growth in five cases.

Imaging studies were performed in all 21 patients. A CT scan showed bony destruction of the temporal bone in 12 cases. Unfortunately, in all cases the diagnosis was delayed and treatment incomplete. The primary diagnosis was incorrect in some cases: otitis media in two patients, trigeminalgia in one patient, and dental pain in one patient. There was a vicious cycle of infection and high blood glucose levels in six patients. Ten of these patients were not followed up every day or every 2 days. Broad spectrum antibiotics, not sensitive to Pseudomonas aeruginosa were used in four patients.

All our patients were treated for 6 to 8 weeks, depending on bacterial sensitivity, with the following drug combinations: Ciprofloxacin in nine cases, Ticarcillin-clavulanate potassium with Tobramycin in seven cases and Piperacillin-tazobactam with Tobramycin in five cases. Hyperbaric oxygen therapy was performed in only one patient. Surgical debridement of soft tissue and infected bone occurred in one patient who did not respond to medical management. This patient was suffering from Gradenigo's syndrome and the outcome was fatal 2 months later. Gallium citrate (67Ga) scintigraphy was applied in five patients and indicated that the temporal bone at the affected site had enhanced uptake of 67Ga.

In conclusion, our study reveals the main cause of necrotizing otitis externa to be delayed diagnosis and inadequate therapy. The role of family physicians who provide primary medical care is of great importance9, because in some prefectures there are health centers that serve large geographic areas. Physicians should always keep in mind the possibility of necrotizing external otitis in patients who complain of otalgia, particularly if they have diabetes mellitus and external otitis resistant to standard methods of treatment. In such cases an otolaryngologist should be involved early in the disease course. Figure 1 contains guidelines for the management of external otitis in immunosuppressed patients.

This PDF has been produced for your convenience. Always refer to the live site https://www.rrh.org.au/journal/article/629 for the Version of Record.