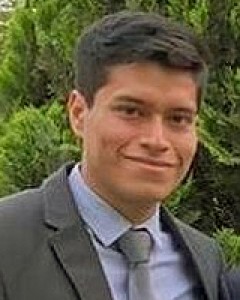 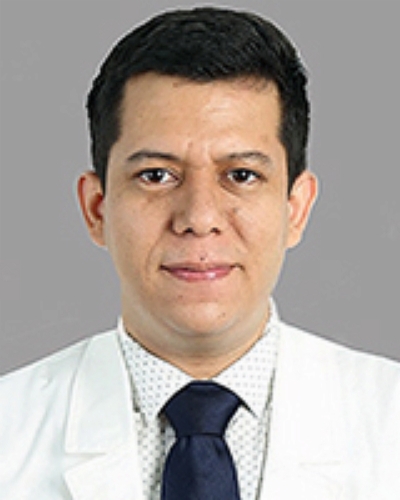 Introduction:  The aim of this study was to evaluate the severity of climacteric symptoms among two Peruvian communities, adjusted for sociodemographic and clinical variables in climacteric women.
Methods:  A cross-sectional study was conducted on 90 subjects from two different communities (an urban coastal and a rural Andean district from Peru). The Menopause Rating Scale was used to assess climacteric symptoms. Prevalence ratios with 95% confidence interval (PR 95%CI) were estimated using generalized linear Poisson models with family robust standard errors.
Results:  A higher probability of severe climacteric symptoms was found in women who were from the Andean community than those who were from the coastal one (PR 2.42, 95%CI 1.47–3.99; p=0.001), which remained in the adjusted model (RP 1.72, 95%CI 1.04–2.86; p=0.035).
Conclusion:  Understanding the variation of climacteric symptoms among geographically distinct communities could contribute to improving women’s quality of life.

A cross-sectional analytical study was conducted from February to April 2019 among Peruvian women from two different locations: Chincheros (3800 m above sea level), a rural district located in Apurímac, an Andean region in southern-central Peru; and San Bartolo (30 m above sea level), an urban district located at the south of Lima, a coastal region and the capital city of Peru. Women aged 40–70 years who visited either of two public primary care facilities and were able to understand the questionnaire and provide informed consent were asked to participate after receiving information about the study, the type of questions that were going to be assessed and that they could withdraw from it at any time.

A total of 109 women fulfilled the inclusion criteria and were asked to be a part of the study. Nine (8.2%) of them refused to participate. Thus, 100 women participated in this study and 10 of them were excluded due to intellectual disability, pregnancy or lactation, premature ovarian failure, undiagnosed vaginal bleeding, physical disability or medical history of malignancy.

In order to maintain confidentiality, no personal identification of participants was gathered and a trained physician collected data during an in-person interview. To avoid misunderstanding, the trained physician read aloud and explained each item of the questionnaire to each one of the participants.

In order to characterize sociodemographic background, patients were classified as either living in an Andean (Chincheros district, Apurímac region) or a coastal community (San Bartolo district, Lima region) and were asked to answer questions regarding age, occupation (working at home or in paid work), educational level (elementary school, high school or further education), height and weight (measured before the interview), body mass index (BMI), parity (number of children), miscarriages (number of previous miscarriages), whether in a stable relationship (yes or no), physical activity (>30 minutes per week), presence of menopause, surgical menopause, self-medication, cigarette smoking, calcium supplementation, vitamin D supplementation, history of diabetes and history of hypothyroidism (yes or no). For the multivariate analysis, age, previous miscarriages and BMI were dichotomized on >50 years, >1 miscarriage and >30 (obesity), respectively.

The Menopause Rating Scale (MRS), validated for Spanish language, was used for assessing climacteric symptoms11. This tool assesses 11 symptoms within three subscales: somatic symptoms (items 1, 2, 3 and 11) including hot flashes, cardiac discomfort, sleeping problems and musculoskeletal problems; psychological symptoms (items 4–7) including depressive mood, irritability, anxiety and physical/mental exhaustion; and urogenital symptoms (items 8–10) including sexual issues, bladder problems and vaginal dryness11. Each item was graded as none (0), mild (1), moderate (2), severe (3) or very severe (4)11. A score was obtained for each of the three subscales by adding each item to the corresponding category. A total score was calculated by adding up all subscale scores. Severe climacteric symptoms were defined when a total value of greater than 16 was present11.

Risk of depression was measured using Patient Health Questionnaire 9, validated for its use in Peru, consisting of a nine-item self-reported scale to assess depressive symptoms12,13. A score of 10 or more was used to define risk of depression14.

Statistical analysis was performed using STATA v15.0 (StataCorp; http://www.stata.com). Results were presented as mean ± standard deviation (SD) or median ± interquartile range (IQR) and frequencies (%), as appropriate. The Shapiro–Wilk test and Levene test were used for assessing the distribution of the data and homogeneity of the variance, respectively. The Mann–Whitney U- or t-tests were used for comparisons of the quantitative data. Categorical variables were assessed with the χ2 test or Fisher’s exact test according to expected values. A value of p<0.05 was considered statistically significant. A generalized linear Poisson model with family robust standard errors assessed association between severity of climacteric symptoms (MRS score >16) and community. The final model was adjusted by variables that showed statistical association (p<0.2) in bivariate analysis and variables identified as confounding based on literature review. Prevalence ratios with 95% confidence were estimated.

After agreeing to participate in the study, patients were asked to sign an informed consent in concordance with the Helsinki Declaration. The local institutional committees at C.S. Chincheros and C.S. San Bartolo approved the protocol of this study in the absence of an established ethical committee in the communities. The study was approved under registration number 047-0018.

Data from 90 participants were analyzed. The median age was 52 years. Median BMI was 25.3 and more than half of patients did physical activity more than 30 minutes per week. Median number of children and median miscarriages were 3 and 0.5, respectively. About three-quarters had a stable partner, more than half worked in the home and about 5% smoked. Around 70% were postmenopausal women and, of those, almost 5% were surgical menopause. About a quarter were self-medicating. Almost a quarter used calcium and more than 5% used vitamin D. More than 7% had hypothyroidism and more than 50% had depression. More than half reported severe climacteric symptoms. Comparisons between both communities are presented in Table 1.

A higher proportion of severe climacteric symptoms was found in participants who were from the Andean community (76.0%) than in those who were from the coastal community (24.0%) (p<0.001). This association was also found in each item and category of the MRS, except for the item ‘anxiety’ (Table 2).

Table 1:  Characteristics of women in study population by community (n=90) 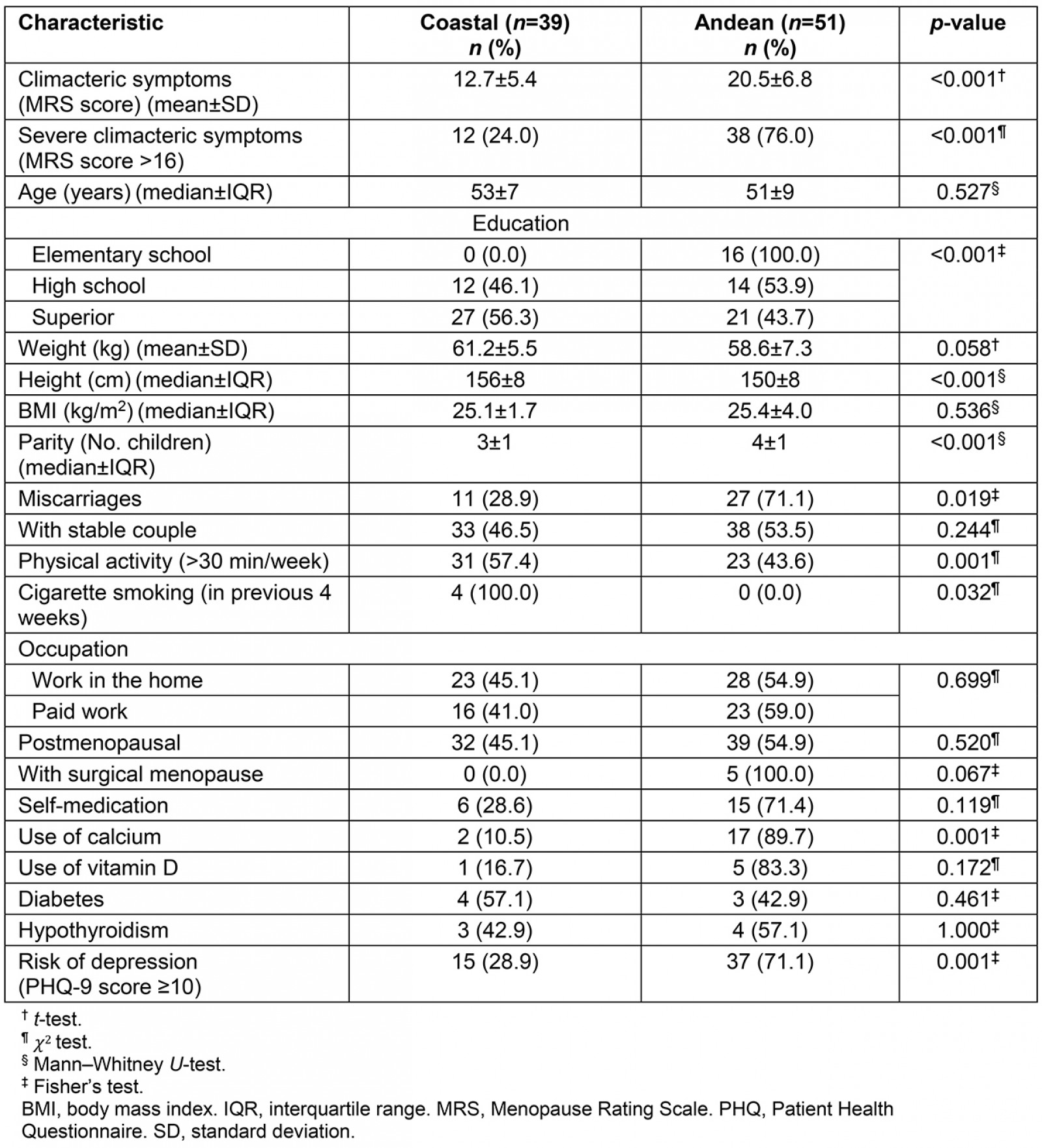 Table 2:  Score and prevalence of climacteric symptoms in study population 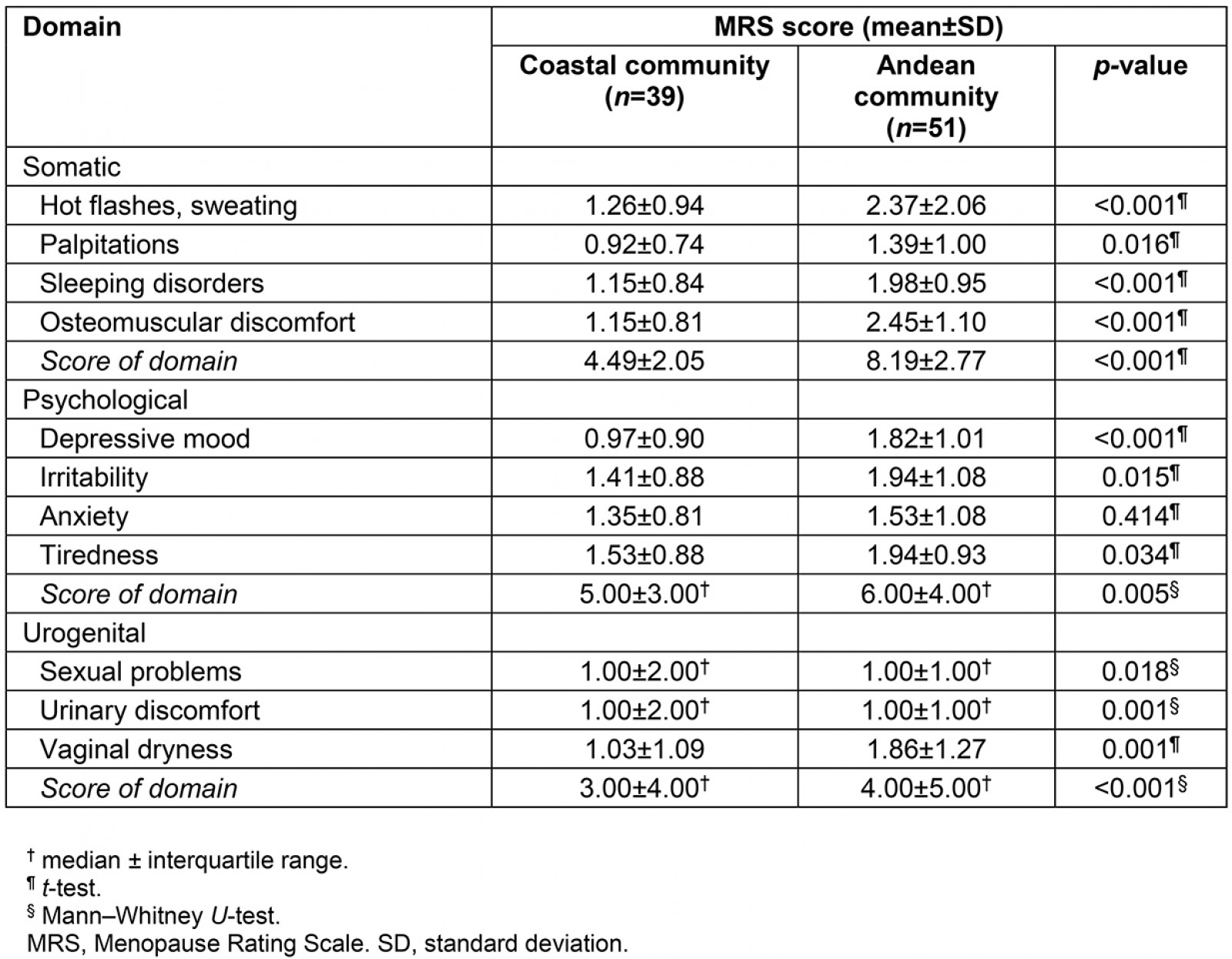 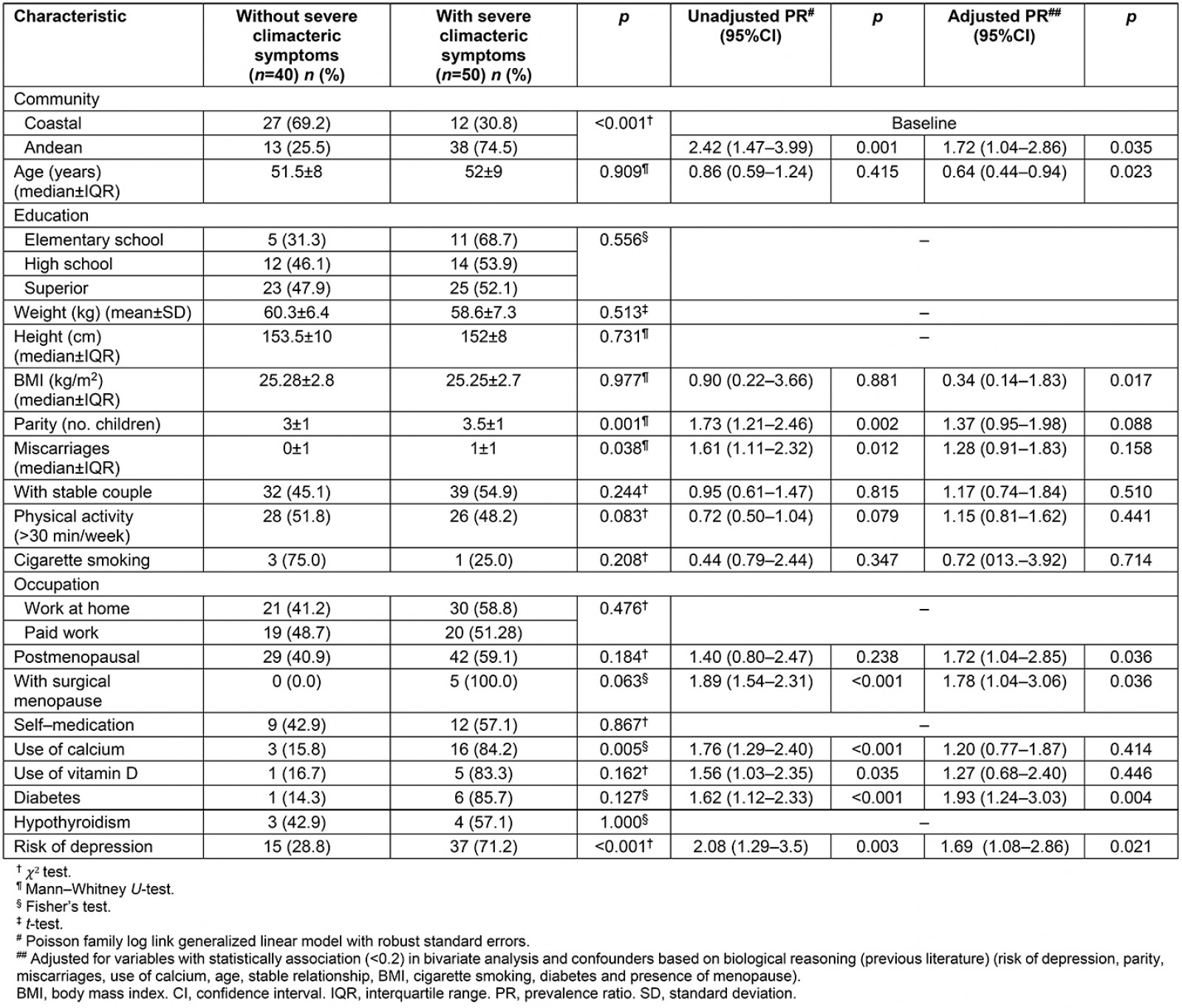 The present study shows that women living in the rural Andean region had an increased likelihood of severe climacteric symptoms independent of the variables measured. These findings are consistent with other studies that have proposed that lower peripheral oxygen saturation among women living at more than 2000 m above sea level may lead to lower plasma oestradiol levels and worse climacteric symptoms9,15. Another possible explanation to this difference in symptoms may be related to dietary differences, since it has been shown that an omnivorous diet is associated with fewer climacteric symptoms7. In rural Andean communities, diet tends to be less varied (tubers, cereals and, rarely, sheep/cow meat) and based on carbohydrates16.

In addition, this association can be explained by a difference in the ethnicity of each community, although there have been considerable migrations to the Peruvian capital17. In that sense, a study concluded that severe climacteric symptoms among postmenopausal indigenous women could be due to their ethnic origin16. Environments may have also played a role in this association. Thus, rural women tend to have less knowledge about menopause compared to urban women, which may lead to a greater perception of symptoms18. Difference in income and poverty may also be related to this association8.

Among both Andean and coastal women, it has been found that the risk of depression was significantly associated with reporting severe climacteric symptoms. Although depression is a mood disorder that occurs most often in young adults, some investigators have shown that perimenopausal women are three times more likely to develop depression compared with premenopausal women19,20.

Lack of access to healthcare services has been established as a factor related to reduced quality of life during the menopausal period21. Therefore, a potential reason for the rural Andean women in the present study experiencing more severe climacteric symptoms would be that women attended the clinic only when presenting severe features of disease due to difficulties in approaching the health center. Rural research has shown several disparities regarding access to health care, maternal and child health, racial aspects and others22. In that sense, public policies and health programs are constantly being implemented to ameliorate health-related disadvantages. Although public health efforts may seem promising, we must keep in mind that these programs and policies may be insufficient to ensure that rural women have adequate access to health care23.

This study presents some limitations. First, being a cross-sectional design, a causal relationship cannot be established. Nevertheless, biological plausibility could create a causal hypothesis for future longitudinal studies. Second, measurement of climacteric symptoms was not conducted through a clinical gynaecological assessment. Therefore, the study could have selection and information biases that may overemphasize the statistical significance without clinically relevant correlation. In order to address these, validated scales for this purpose in prior epidemiological research were used1,8,10,24. Third, the fact that women were recruited from primary care facilities could imply a participant selection bias as women from rural settings may only refer to the clinics when feeling ill. This could be another reason for the higher severity scores found in this group. Exclusion criteria were strategically described to keep basal features of the sample as homogeneous as possible.

We thank the women who participated in the study for their support and kindness.

4 Iwanowicz-Palus GJ, Stadnicka G, Bień A. Determinant factors of health in rural women in their perimenopausal period. Annals of Agricultural and Environmental Medicine 2013; 20(1): 96-100.

This PDF has been produced for your convenience. Always refer to the live site https://www.rrh.org.au/journal/article/6457 for the Version of Record.